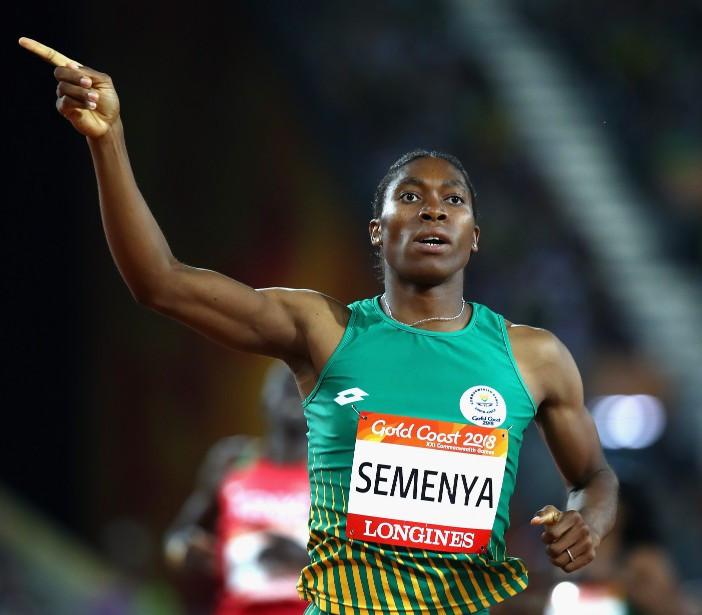 Athletics South Africa will challenge what it describes as the "skewed" International Association of Athletics Federations (IAAF) ruling on hyperandrogenism that threatens to have a profound effect on the career of its world and Olympic 800 metres champion Caster Semenya.

Gideon Sam, President of the South African Sports Confederation and Olympic Committee, has welcomed ASA's decision and its intention to take the case to the Court of Arbitration for Sport (CAS) if required.

This week’s IAAF amendments their classification of "female of intersex (or equivalent)" athletes with elevated blood testosterone levels, applying to those competing in the 400m, 800m, 1500m, mile and 400m hurdles events, are due to take effect from November 1.

The new rules state that female athletes who have a difference of sexual development (DSD) with circulating testosterone levels of five nmol/L or above and who are androgen-sensitive, such as Semenya, must either restrict their levels to five nmol/L through medication or look to compete in male events.

"As the parent body of our Member Federations, we needed to take the lead from ASA in this case and are fully supportive of their decision to engage with athletics' governing body, the IAAF, going forward," Sam said.

"We were deeply disappointed when the IAAF made their ruling, and we simply can't stand back and allow Caster's name to be dragged through the publicity mill yet again.

"The protection of our athletes and their dignity is of utmost importance.

"We continue to produce high quality sportsmen and women and as the mother body to ASA we can assure them that they have our backing all the way."

According to a Sport24 report, SASCOC will engage with the ASA to conduct a "detailed analysis" into the ruling.

"The process is already at a stage where the SASCOC HP Commission is putting together a group of experts, under the chairpersonship of the chair of the SASCOC Medical Commission, to drive this process and advise the SASCOC Board," a statement from SASCOC said.

"Phatho Zondi is the chairperson of SASCOC's Medical Commission and a proposal to establish an Advisory Committee has been supported.

"The Committee would compromise of professionals that include a sports physician, legal council, endocrinologist, and sports scientist.

"The experts would thoroughly investigate the IAAF ruling and provide advice to SASCOC on a proposed course of action going forward, with an understanding of the relative urgency of such an investigation.”

Semenya’s crushing 800m victory as an 18-year-old at the 2009 IAAF World Championships was preceded, it later emerged, by her having to undergo a sex test.

IAAF hyperandrogenism regulations were first put in place in May 2011.

The regulations stated that female athletes who naturally produce levels of testosterone, 10 nmol/L, were not eligible to compete in the female category and needed to take androgen-suppressive drugs to resume competition.

But when Indian sprinter Dutee Chand successfully appealed to CAS against her exclusion from the 2014 Commonwealth Games in Glasgow under the hyperandrogenism ruling, claiming they discriminated unfairly against women who naturally produced high levels of testosterone.

In July 2015 CAS put the burden of proof back onto the IAAF to show that higher levels of testosterone improved performance levels in women, giving them two years to do so.

After an extension of six months, the IAAF responded with scientific arguments that were particularly clear in the middle-distance range of events currently included in the ruling.

Semenya tweeted earlier this week: "God made me the way I am and I accept myself.

Greece’s Olympic and world pole vault champion Katerina Stefanidi has likened the IAAF restrictions on testosterone levels to cutting off athletes’ legs or arms to make them equal.

"I feel bad for her," she told Agence France-Presse.

"It’s not her choice.

"But at the same time I wish more energy was put into promoting the sport, bringing more money into the sport, more sponsors and more than trying to help one event or an athlete in an event that got second instead of first because somebody else had more natural testosterone.

"There are obviously some issues there, but I cannot judge.

"They [the IAAF] want to create equality, whether that’s equality or not… and at which point do you stop?"

Stefanidi added: "As some people mentioned on social media, I’m one of the shortest girls on the track right now.

"What are we going to do?

"Are we going to cut everyone’s legs or arms to make it equal because there’s definitely a correlation between height and pole vault?

"If you’re going to have a rule like that then you maybe you should include all the events.

"I just find it bizarre in the way it’s only using a few events.

"If you make a decision like that, maybe include everything.

"If someone like that comes into the pole vault or high jump, are we going to add those events next year?"