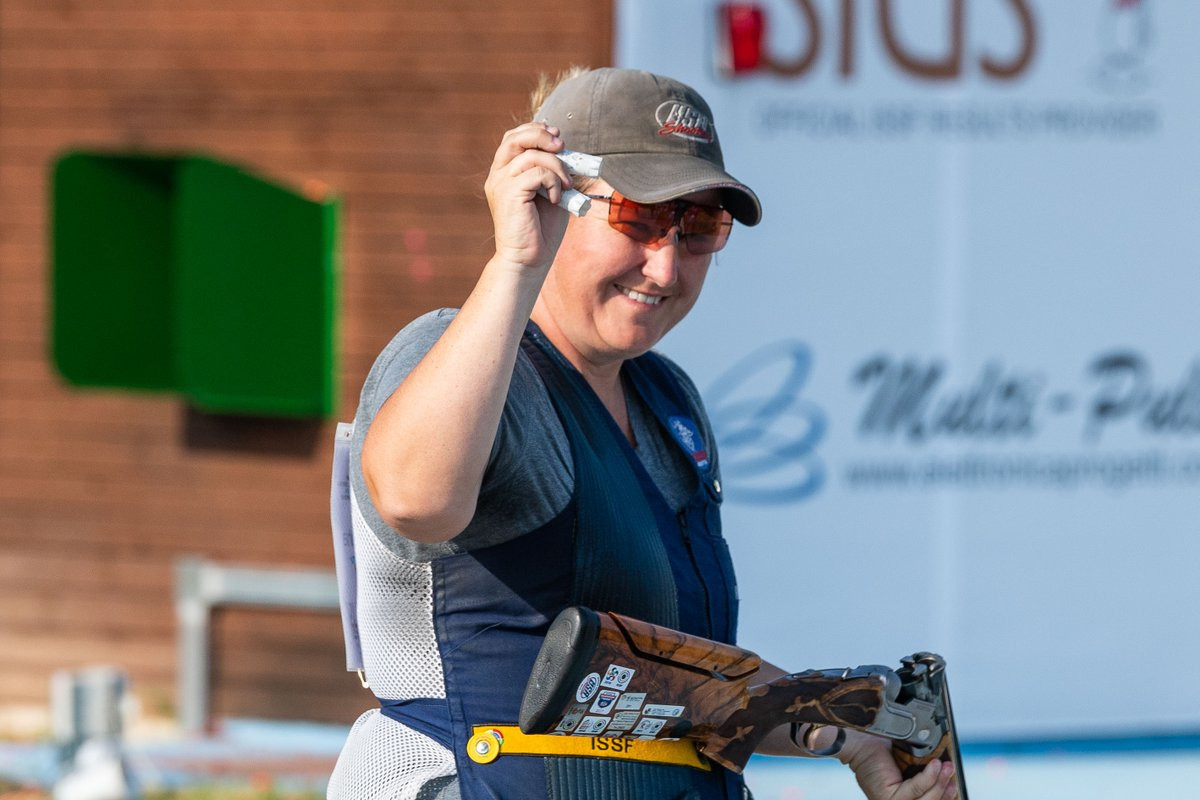 The 38-year-old American, who has a complete set of Olympic medals in skeet shooting, followed up her win at the opening World Cup stage in Guadalajara in Mexico by shattering her own world record of 56 hits by smashing 58 of her possible 60 targets.

She topped he podium ahead of Britain’s Amber Hill, who scored 55, and fellow American Amber English, with 44.

Rhode had started the qualification series in these Championships with a frustrating 22-hit series yesterday morning, only managing to finish fourth with a score of 119 targets.

But with the new ISSF rules the qualification score is not carried forward into the final.

"Never give up!"  Rhode said immediately after the medal ceremony.

"I am amazed, it just keeps going and I am trying to ride that wave, one World Cup after another.

"I couldn’t be more thrilled, it has been an amazing competition at a beautiful range, here in South Korea.

"When I was out there, I was focusing on one target at the time, and I didn’t really know where I stood until the very end."

After the medal ceremony, Rhode was also awarded the 2017 ISSF Shooter of the Year trophy - assigned by the ISSF Athletes' Committee, of the ISSF Coaches Advisory Committee and by delegates of the international press - for her unique performances, behaviour and character, during the past season.

"At the end of the day, I am humbled by it all, it feels amazing," she said.

For bronze medallist English, 28, it was the first appearance on an ISSF podium since 2016.

More than 800 athletes from 70 nations have been competing in this ISSF World Cup in Changwon, which also serves as a test event for the 52nd ISSF World Championships in all events to be hosted at the same venue from August 31 until September 14.

The competition is due to come to an end tomorrow afternoon with the last medal match - the men’s skeet final.