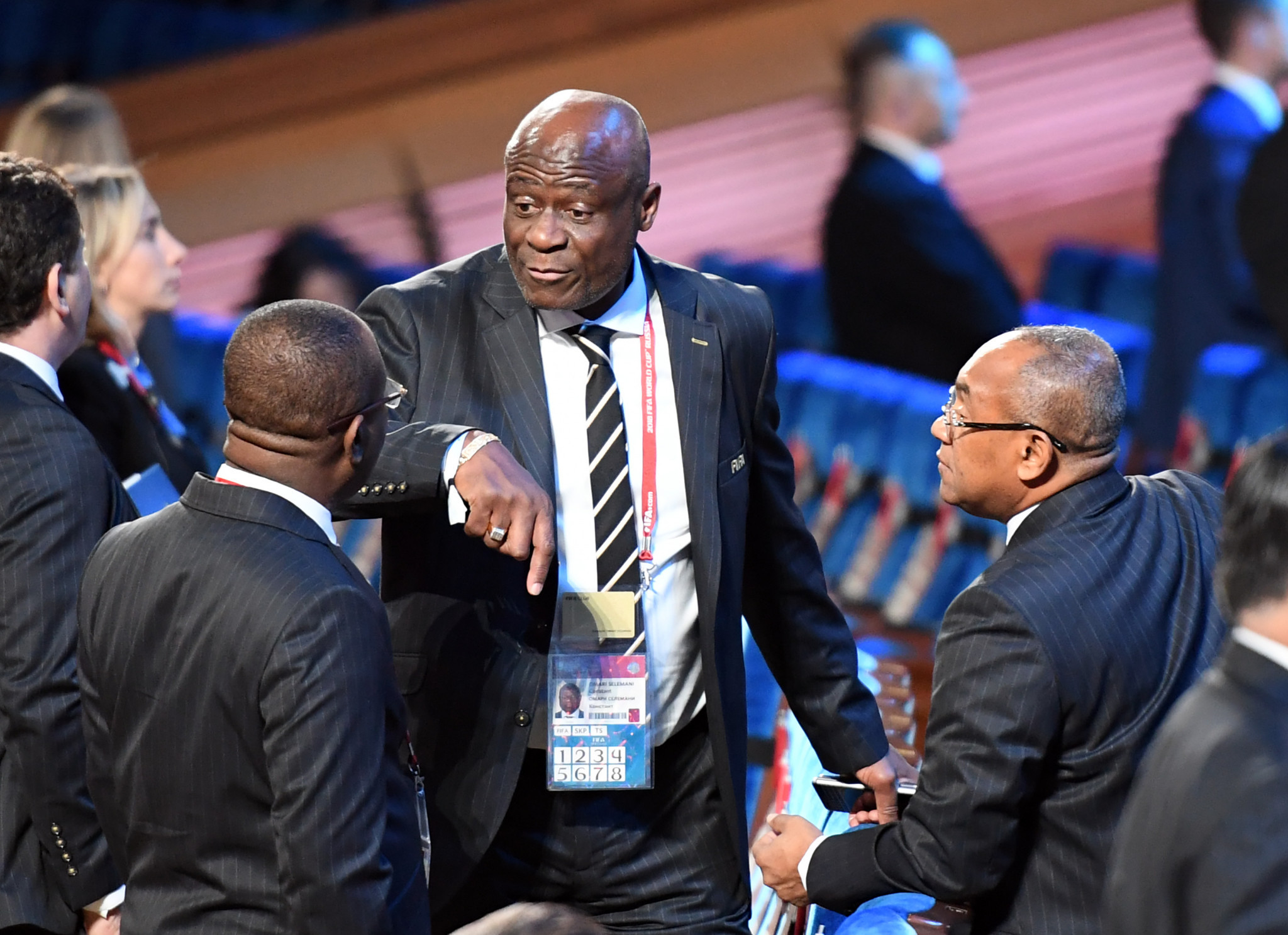 FIFA Council member Constant Omari has accused the DR Congo Sports Minister Papy Nyango of orchestrating his arrest on corruption charges after he was released from detention.

The 60-year-old, who denies wrongdoing, has now been released but has been ordered not to leave the country.

He is accused of embezzling money given to the FECOFA by the DR Congo Government.

Omari has claimed his arrest was instigated by Nyango, who used "framed-up charges" as he tried to "use his office to silence me and humiliate me without any proof".

"I first want to thank the Justice Department for the quick resolution to the falsehood and malice spread against me that led to my unwarranted arrest with some of my colleagues," he told African football website soka25east.

"It's unfortunate that some people are using lies, falsehood and jealousy to try and intimidate me for no reason.

"It's absolutely shameful that he is bringing up the false accusations trying to cause panic by casting aspersions about me to my colleagues both at CAF and FIFA so as to soil my name just because he is jealous of my achievements in football and the reputation I have painfully built across the world."

According to the investigating magistrate, the four were being held in a public prosecutor’s office over claims they siphoned funds meant for the DR Congo national team and clubs in the country.

Alain Makengo, lawyer for the quarter, told Agence France-Presse that the embezzlement relates to $1 million (£702,000/€807,000) earmarked for four matches in the nation.

The top division in DR Congo, Linafoot, announced it was suspended until further notice in a show of solidarity to the arrested football officials.

In a statement, the league said the four had been "humiliated and deprived of their liberty".

He was an outspoken critic of media coverage of the scandal, which saw several executives arrested and indicted in the United States.

He also chaired the FIFA Anti-racism Taskforce, controversially disbanded in 2016.

In a statement following his arrest, FIFA said they were "closely following the matter and gathering additional information".