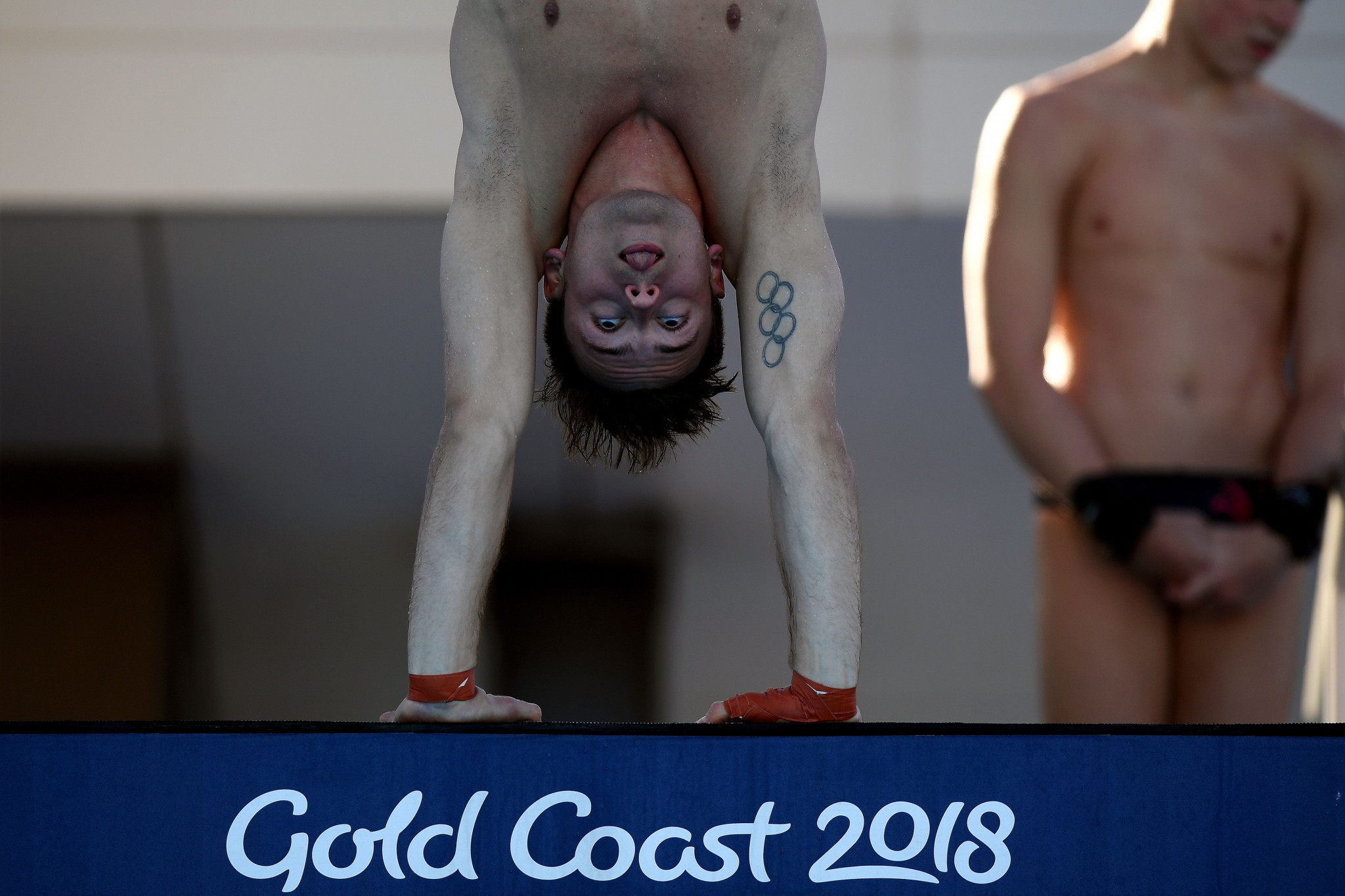 England’s Tom Daley has called for the Commonwealth to work towards changing attitudes of country’s who criminalise homosexuality, after winning gold at Gold Coast 2018 here today.

Following the event Daley, expecting a child in June with husband Dustin Lance Black, claimed he hoped more could be done to reduce the number of country’s who criminalise homosexuality.

"I know this might all sound a bit political but by the next Commonwealth Games, there's currently 37 countries where it's illegal to be who I am in the Commonwealth," he said.

"Hopefully we can reduce that number between now and then.

"Coming to the Gold Coast and being able to live as an openly gay man is really important.

"To be able to feel comfortable in who you are when you're standing on that diving board, and for 37 countries here participating that is not the case.

"There's lots of things that will take a long time to change, but with the Commonwealth I think we could really help push some of the nations to relax their laws on anti-gay [attitudes]."

Homosexuality is still a criminal offence in 37 of the countries competing at Gold Coast 2018.

In nations such as Nigeria, it is possible that a man can be executed if he is found to have engaged in a relationship with a member of the same sex.

Commonwealth Games Federation chief executive David Grevemberg claimed before the Games he believed progress is being made in this area as the same number of countries where homosexuality was illegal prior to the 2014 Commonwealth Games in Glasgow was 42.

Same-sex marriage was made legal in Australia in December.

The venue, Australia's first Pride House, is being hosted by Rise Bar on Surfers Paradise from until the day of the Closing Ceremony on Sunday (April 15).

It will allow lesbian, gay, bisexual, transgender, intersex and questioning (LGBTIQ+) individuals to watch the Commonwealth Games, with other like-minded individuals in a "safe and inclusive" environment.

Grevemberg claimed he was hopeful Pride House could contribute towards a change in attitude towards homosexuality throughout the Commonwealth.

Pride Houses are organised and delivered by community groups local to the region, with previous establishments organised at 2012 and 2016 Olympic Games in London and Rio de Janeiro respectively, as well the 2015 Pan American Games in Toronto.