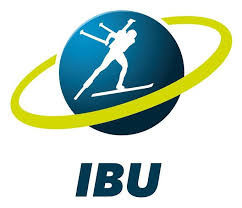 A search of the International Biathlon Union (IBU) headquarters in Salzburg has reportedly been carried-out by Austria's Federal Criminal Police Office.

They also reported that the investigation was linked to doping allegations.

There is no further information available at this stage.

insidethegames has contacted the IBU for an explanation, but has not yet received a response.

The wider biathlon community also appears largely unsure of what has happened so far and is awaiting an update later today.

The IBU have faced repeated criticisms of their anti-doping policies in recent year and teams from Ukraine, Czech Republic, Canada, United States and Great Britain all boycotted last month's World Cup Finals after the governing body decided to keep it in the Russian resort of Tyumen despite the doping scandal in the country.

Separate raids were also conducted yesterday by European Commission investigators as part of a wider probe into possible anti-competitive practices regarding the distribution of sports rights.

The London offices of 21st Century Fox’s Fox Networks Group were among those raided.

"The European Commission can confirm that on April 10, 2018 its officials carried out unannounced inspections in several [European Union] member states at the premises of companies active in the distribution of media rights and related rights pertaining to various sports events and/or their broadcasting," the Commission said in a statement first reported by the Daily Telegraph.

It does not appear that these raids had anything to do with the one reportedly conducted against the IBU.