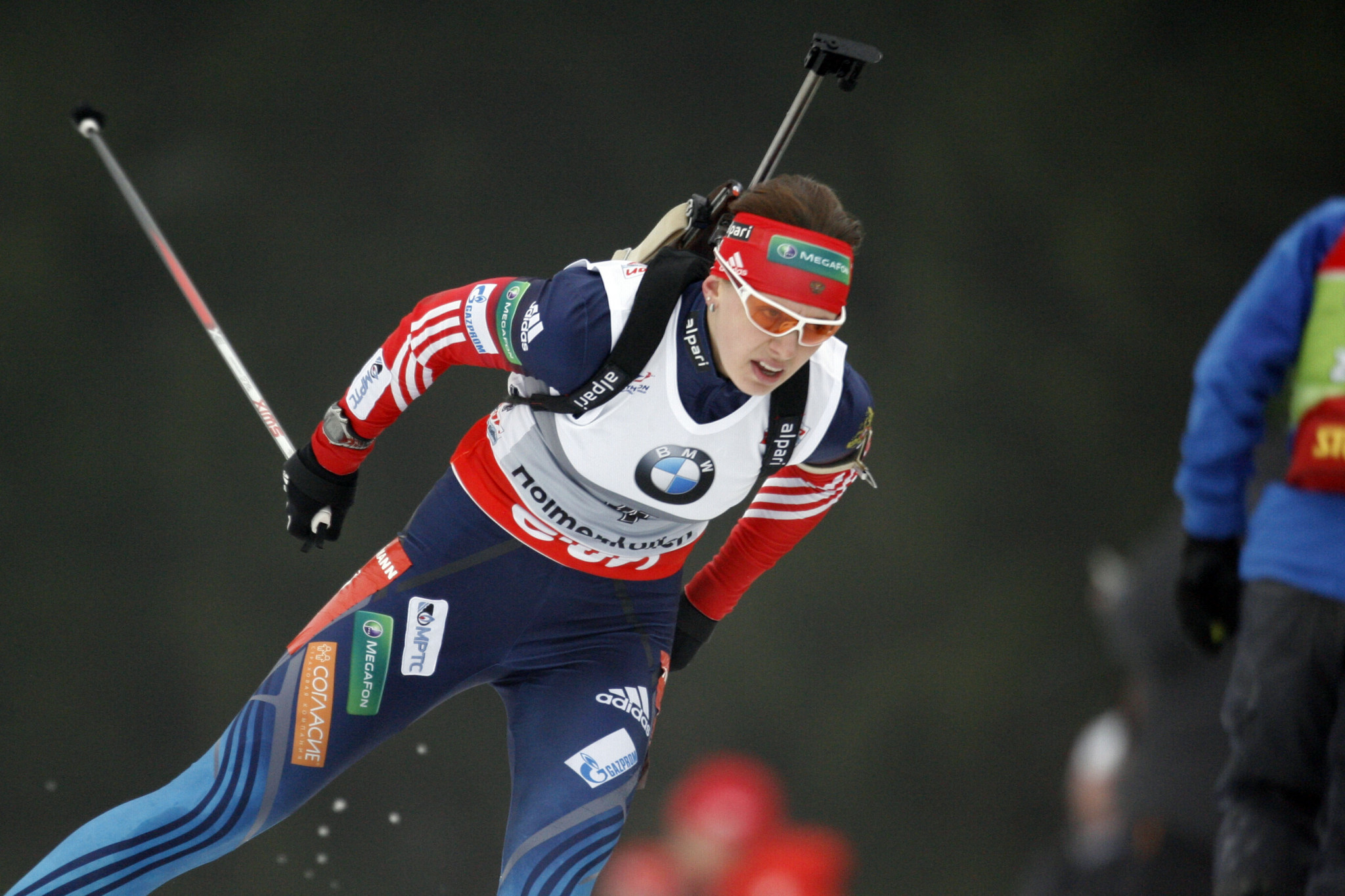 Russian biathletes Yana Romanova and Olga Vilukhina have been provisionally suspended from attending International Biathlon Union (IBU) events in "any capacity" after they were both sanctioned by the International Olympic Committee (IOC) Disciplinary Commission.

Olympic silver medallists Romanova and Vilukhina were stripped of their medals and banned from the Olympic Games for life by the Commission chaired by IOC Executive Board member Denis Oswald in connection with evidence of doping and sample tampering at Sochi 2014.

Romanova formed part of the Russian squad which earned silver in the women's 4x6 kilometres event at the Games.

She was joined in the team by Vilukhina, also winner of an individual silver medal in the 7.5 km sprint.

Both athletes have since retired from the sport but have been provisionally suspended by the IBU.

In a statement, the IBU said its Anti-Doping Panel would "consider appropriate consequences" when they receive the full reasoned decisions on the two athletes from the IOC.

The IBU also confirmed that retired two-time Olympic biathlon champion Olga Zaitseva is under investigation by the Commission.

An IOC analysis conducted in conjunction with a Lausanne Laboratory found scratches indicating tampering on her urine samples.

Zaitseva joined Vilukhina and Romanova in winning a 4x6km relay silver medal at Sochi 2104 to follow first place finishes in the same event at Turin 2006 and Vancouver 2010.

"Both athletes retired meanwhile and will therefore not be competing in the upcoming season or in any qualification events," read the IBU statement.

"However, they were also provisionally suspended by the IBU to attend any IBU event in any capacity."

The Russian Biathlon Union (RBU) confirmed they would appeal the decision of the IOC.

"The RBU intends to continue its work in order to protect honour and dignity of the athletes in all relevant instances, including the Court of Arbitration for Sport.

"Specific steps in this direction will be taken in the near future."

The sanctions follow controversy over the participation and attendance of cross-country skiers and athletes in bobsleigh and skeleton at their respective World Cup events despite being sanctioned by the Oswald Commission.

Maxim Vylegzhanin, stripped of his three Olympic silver medals, Evgeniy Belov and Evgenia Shapovalova all competed at the Cross-Country World Cup in Ruka in Finland.

Alexander Zubkov, who has also retired, attended the International Bobsleigh and Skeleton World Cup in Whistler hours after he was stripped of his two Sochi 2014 gold medals and barred from the Olympics for life.

Sochi Olympians Alexander Kasjanov and Aleksei Pushkarev, who have not been sanctioned but are under investigation by the Commission, both took part in Whistler.

Olympic skeleton champion Aleksandr Tretiakov and his compatriot Elena Nikitina were banned from the event in the Canadian city, however.