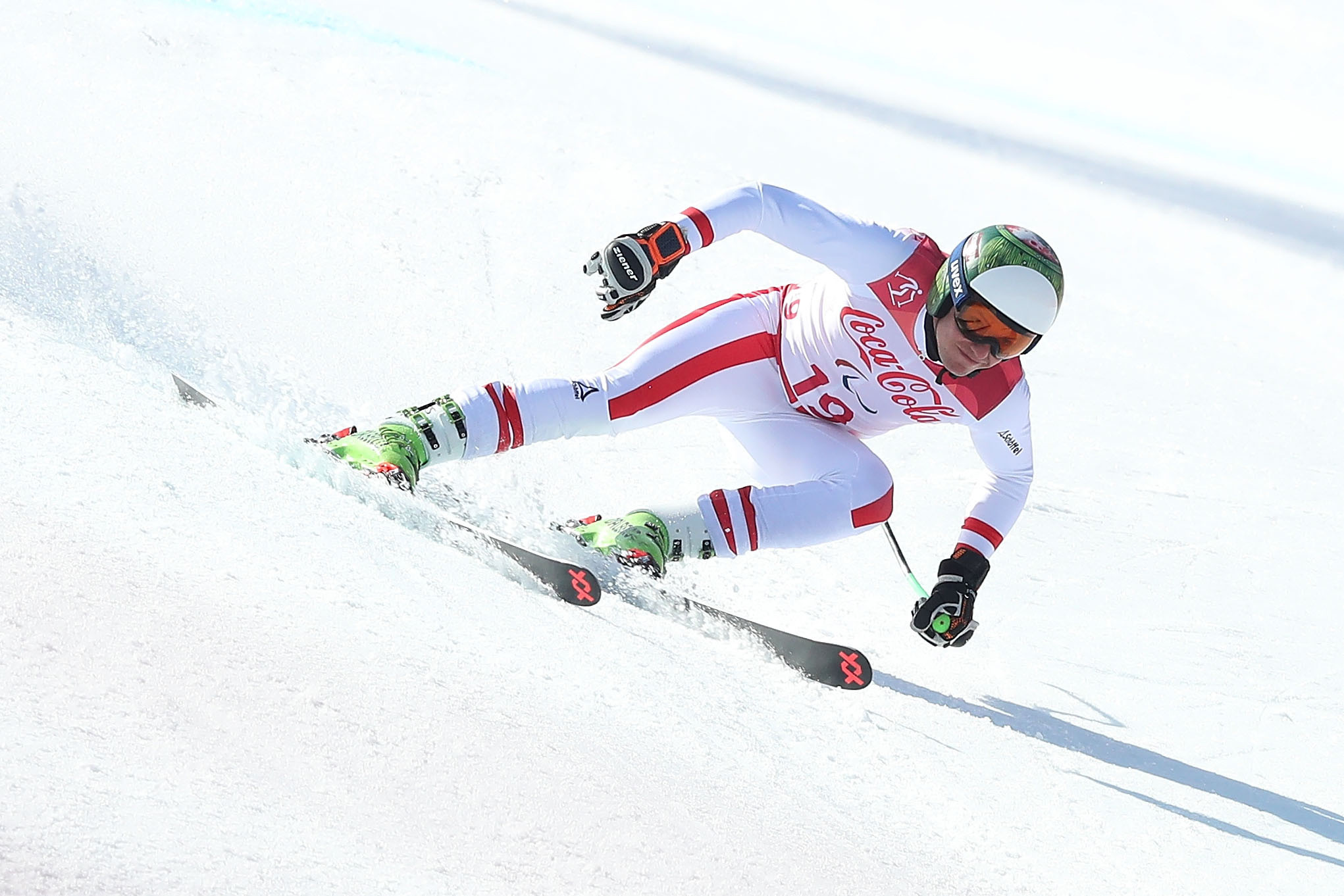 Veronika Aigner was the first Austrian to claim gold after coming out on top in the women's visually impaired category.

Guided by sister Elisabeth Aigner, the 15-year-old recorded an overall time of 1min 37.48 secs to ensure she came out on top.

Closest challenger Maaike Bennink of The Netherlands was 27.55 seconds behind in the silver medal position.

No bronze medal was awarded after Bennink's compatriot Jolanda van Leeuwen was disqualified during the second run.

Three-time Paralympic medallist Markus Salcher, who won bronze in the giant slalom event at Sochi 2014, was the other Austrian to clinch gold thanks to his victory in the men's standing, which he secured with an overall time of 1:34.50 after two runs.

Pfyl, however, was pushed very close by Salcher’s compatriot Thomas Grochar, who was just 0.11 seconds behind in third.

The women's standing title was claimed by Germany's Anna-Maria Rieder thanks to her overall time of 1:51.08.

Melania Corradini of Italy and Bigna Schmidt of Switzerland claimed silver and bronze, respectively, with times of 1:52.83 and 1:53.68.

Barbara van Bergen of the Netherlands won gold in the women's sitting with a time of 1:49.79.

Germany's Ruth Hagspiel was 2.11 seconds behind in silver with Liechtenstein's Sarah Hundert rounding off the podium thanks to a time of 2:07.50.

Switzerland's Christoph Kunz made it two men’s sitting gold medals in two days by following up his victory in yesterday's super combined competition with a win in today's giant slalom thanks to a time of 1:36.77.

France's Thomas Civade also made it two titles in two days thanks to his win in the men's visually impaired category.

The Frenchman recorded a time of 1:41.42 over his two runs to see off competition from Great Britain's Michael Kerr and Switzerland's Thibault Trancart.

The event is due to conclude tomorrow with the classic slalom competition.