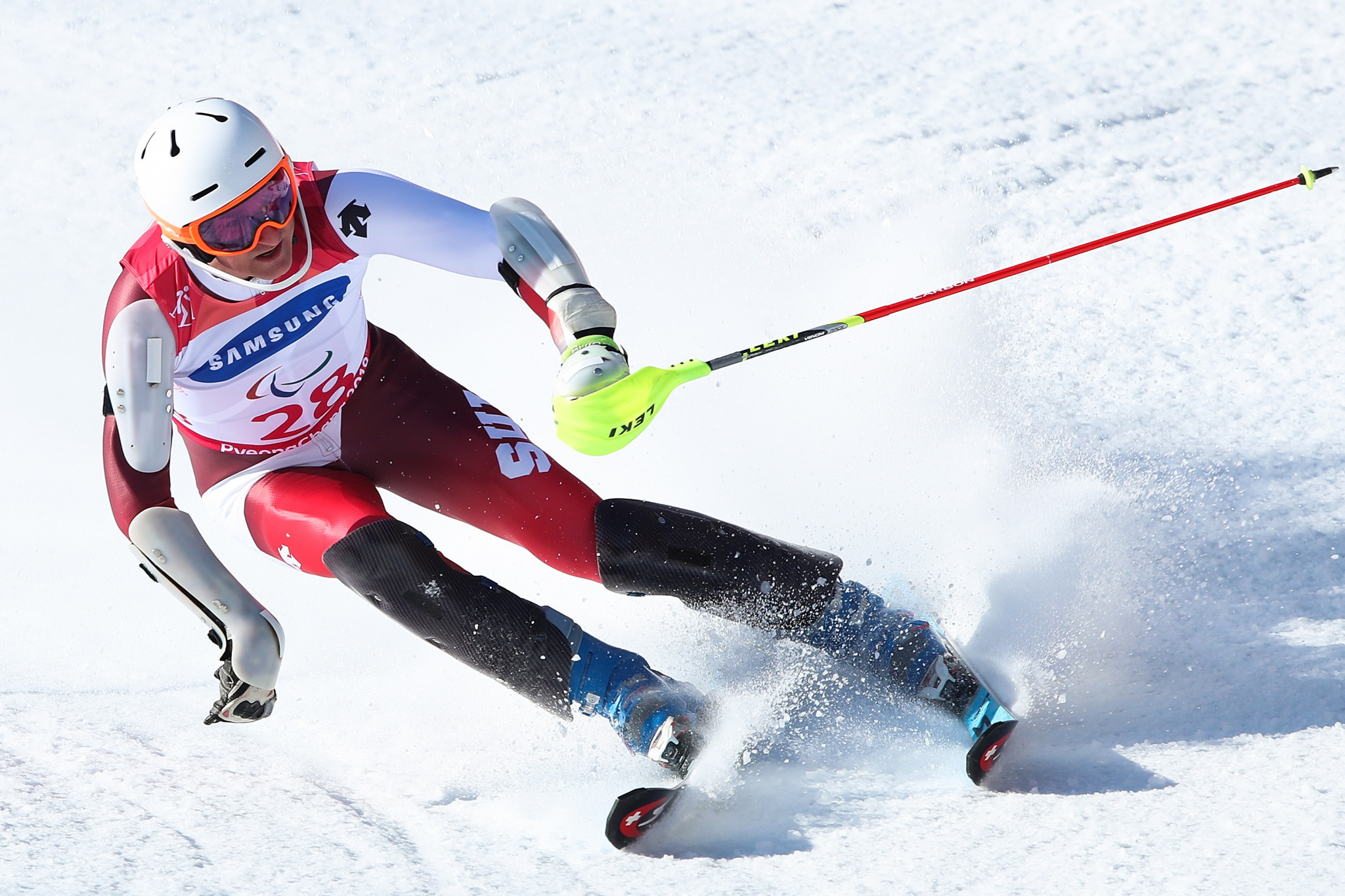 Thomas Pfyl, who won two medals at the 2006 Turin Paralympics, started the Swiss gold-rush by coming out on top in the men's standing event.

Following his time of 1min 13.43secs in yesterday's super-G leg of the super combined competition, the 31-year-old posted a time of 50.60 in today's slalom, giving him a gold medal-winning time of 2:04.03 overall.

Despite winning yesterday's super-G event, Austria's Markus Salcher, who won two gold medals at Sochi 2014, had to settle for silver with an overall time of 2:04.72.

Pfyl's compatriot Robin Cuche rounded off the podium thanks to a time of 2:05.55.

Christoph Kunz was the second Swiss athlete to claim gold in today's competition thanks to his victory in the men's sitting.

The three-time Paralympic medallist posted an excellent time of 1:12.79 in yesterday's super-G competition, meaning his time of 56.53 in today's slalom was enough to clinch gold with an overall time of 2:09.32.

Italy's Rene de Silvestro, who could only finish fifth in yesterday's super-G, performed brilliantly to register a time of 51.36 in today's slalom, giving him a time of 2:11.35 overall - enough to secure silver.

The women's sitting event was a straight fight between Germany's Ruth Hagspiel and The Netherlands' Barbara van Bergen as no other competitors finished the course.

Eventually, it was 26-year-old Hagspiel who emerged triumphant with an overall time of 2:25.98 with van Bergen 4.46 seconds behind in silver.

Italy's Melania Corradini, a super-G silver medallist at the Vancouver 2010 Paralympics, won the women's standing event thanks to an overall time of 2:28.22.

Bigna Schmidt claimed another medal for Switzerland as her time of 2:29.99 was enough for her to finish second with Úrsula Pueyo Marimon of Spain rounding off the podium thanks to a time of 2:35.22.

France's Thomas Civade was the only competitor in the men's visually impaired event after Great Britain's Michael Kerr failed to post a time in yesterday's super-G run.