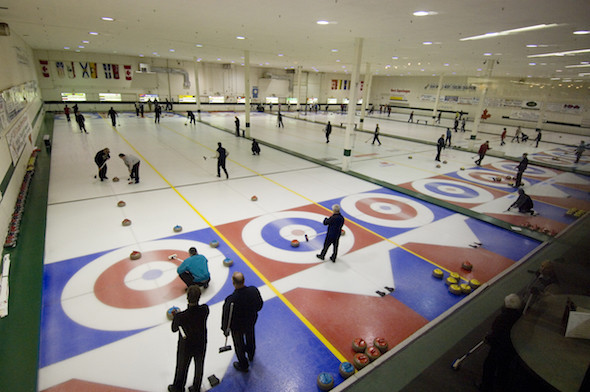 The World Curling Federation (WCF) have announced that this year's World Mixed Curling Championship will be held at the Kelowna Curling Club in Kelowna in British Colombia.

The tournament, the fourth edition of the open entry event, is due to take place from October 13 until 20.

The competition has attracted 37 of the WCF’s 60 Member Associations in its three previous editions.

WCF President Kate Caithness revealed she was looking forward to taking the event to Canada.

"We are delighted to take our World Mixed event across the Atlantic for the first time," she said.

"This event is proving to be a first-class development tool for our established and emerging Member Associations."

Last year's event was held at Palladium de Champéry in Switzerland and won by Scotland, who beat Canada in the final.

The Kelowna Curling Club is one of the biggest clubs in Canada and contains 12 ice sheets.

Kelowna has hosted curling events in the past, including  the 2002 World Junior Championship and the 1986 World Women’s Curling Championship.

The club’s general manager Jock Tyre said his club was delighted to be hosting the tournament.

"The Kelowna Curling Club is truly excited to be hosting the World Mixed," he said.

"This unique event allows an unlimited number of countries to enter straight into a World Championship.

"The Kelowna Curling Club is proud to be hosting countries from every continent and is looking forward to being an ambassador for the city and province."

"With over 35 countries competing and many of them coming to Canada for the first time, this major event increases our destination awareness and appeal to an international audience.

"Hosting the World Mixed Curling Championship is an excellent example of how event tourism can enhance Kelowna’s brand while driving new overnight visitors and economic benefits into our shoulder seasons."