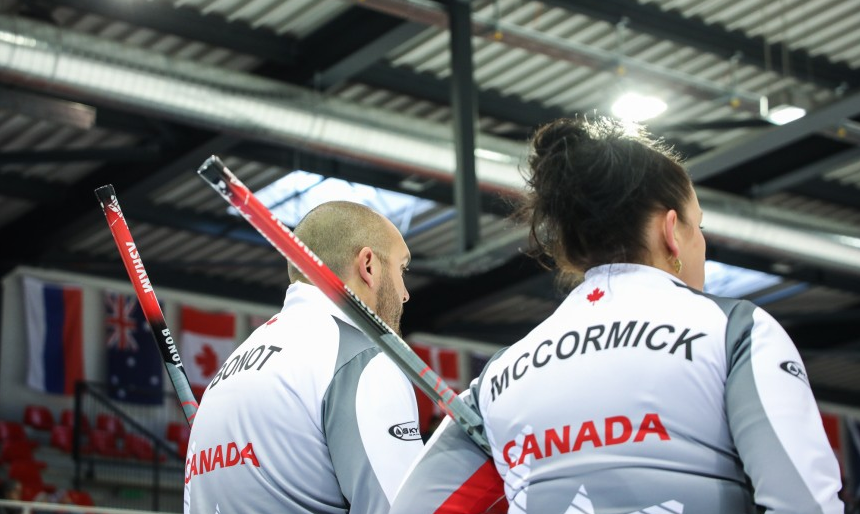 Defending champions Russia were thrashed by Canada in the quarter-finals of the World Mixed Curling Championships at the Palladium de Champéry in Switzerland this evening.

Seven points in the opening four ends put the Canadians in charge of the match before a Russian single in the fifth provided the smallest glimmer of hope.

Canada's place in the last four was then secured when two more points in the sixth handed them an unassailable 9-1 lead, bringing the match to a close before the seventh end.

"That was our best game of the week," said Canada skip Trevor Bonot.

"We really liked the ice tonight and we finally got the pep in our step that we've been waiting to get."

Norway will be Canada's opposition in the semi-final.

A nervy opening saw zero points scored in the first four ends before three in the fifth put the Norwegians in command.

Three more in the seventh saw Turkey wrap up the win with one end to play.

The two other quarter-finals were much tighter affairs with Scotland and the Czech Republic advancing.

The Czechs were tied at 4-4 with Estonia, meaning the match went to an extra end.

Estonia failed to score when it mattered most though and three points from the Czech Republic handed them a 7-4 success.

Scotland were always in control of their match against Sweden.

Leading 5-4 with two ends remaining, the Scots scored two points in the seventh to secure a 7-4 win and bring the match to an early finish.

Action will continue tomorrow with the semi-finals in the morning before medal matches bring the tournament to a close later on.