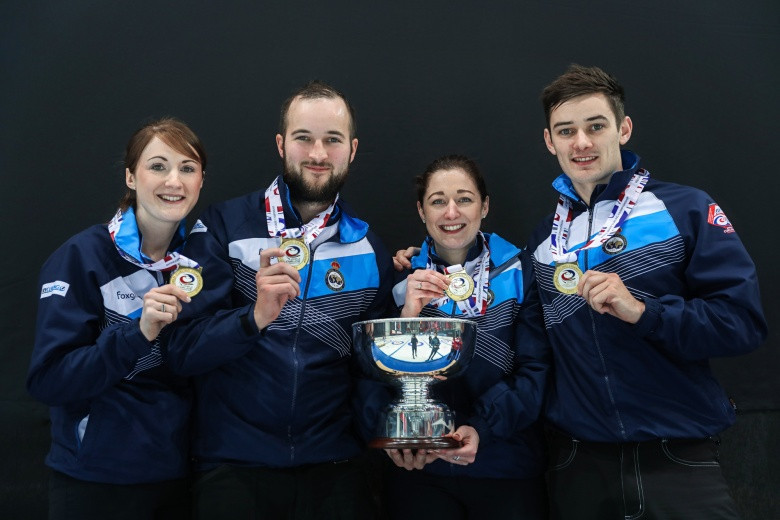 Scotland have won the World Mixed Curling Championships title at the Palladium de Champéry in Switzerland following a nail-biting final against Canada.

An extra end was required to separate the two teams but it was the Scots who ultimately came out on top 8-5.

"The whole team played brilliant all week and especially the during the play-offs they came to the fore.

"They’re obviously a great team to get to the final and we just managed to hold on."

The silver was Canada's first ever medal at a World Mixed Curling Championship.

The Canadians opened the scoring in the first end but four points across the next three for Scotland put them 4-1 in front.

Scotland managed to add another single point in the sixth but one from Canada in the fifth, two in the seventh and one in the eighth sent the match into an additional period at 5-5.

In the extra-end Canada applied all the pressure in an attempt to force another steal.

Earlier in the day, Scotland defeated the Czech Republic 6-2 to claim a place in the gold medal game and Canada defeated Norway 5-3.

In the bronze medal match, Norway opened the scoring with two points in the second end.

They stole a further two points in the third when the Czech Republic’s final stone rolled out when attempting a hit and stay.

Norway stole another single point in the fourth end to take a 5-0 lead into the break.

In the final end, the Czechs loaded the house with stones and after a few missed attempts by Norway, stole three points for the 7-6 win and the bronze medal.