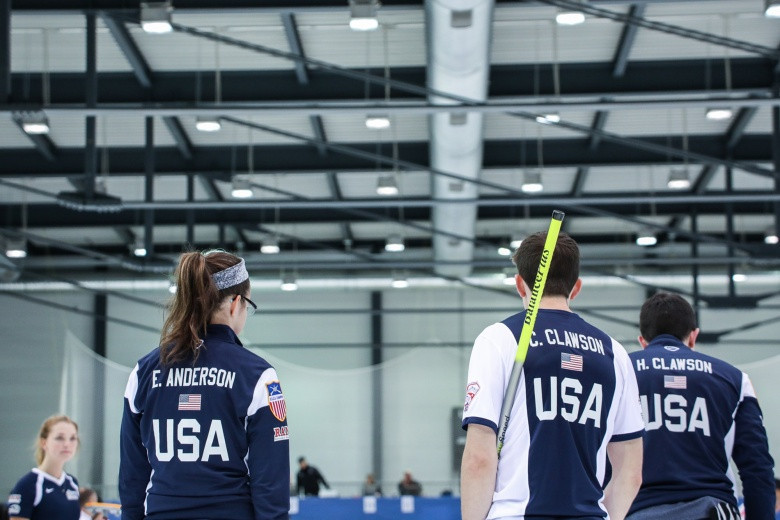 The United States have secured a play-off berth at the World Mixed Curling Championships at the Palladium de Champéry following a nervy match against Latvia.

In today's opening session, the Americans went all the way to the final stone of a double-extra end to defeat Latvia 7-6.

As a result they claimed the final guaranteed play-off place from Group B.

With the lead alternating throughout the game, it was levelled up in the eighth by Latvia at 6-6 to take it into an extra-end.

In that extra-end the US attempted a hit and stay with their final stone but missed and were unable to keep their own stone in play.

In the second extra-end the Americans were faced with the same scenario, but this time after clearing the Latvian stone were able to keep their final stone in play to score the single point for the win and place in the play-off stage.

"That was actually the best curling game we’ve played all week, and they played really well too," said US skip Hunter Clawson.

"We had good strategy, good execution, but there’s a lot we can still improve on.

"For me it was the most comfortable curling game we’ve played.

Sweden defeated China 3-1 to complete their round-robin stage undefeated while South Korea also maintained their 100 per cent record in their group after a 3-1 win over New Zealand.

In the day’s second session, Russia completed their round-robin stage undefeated with an 11-3 win over Japan.