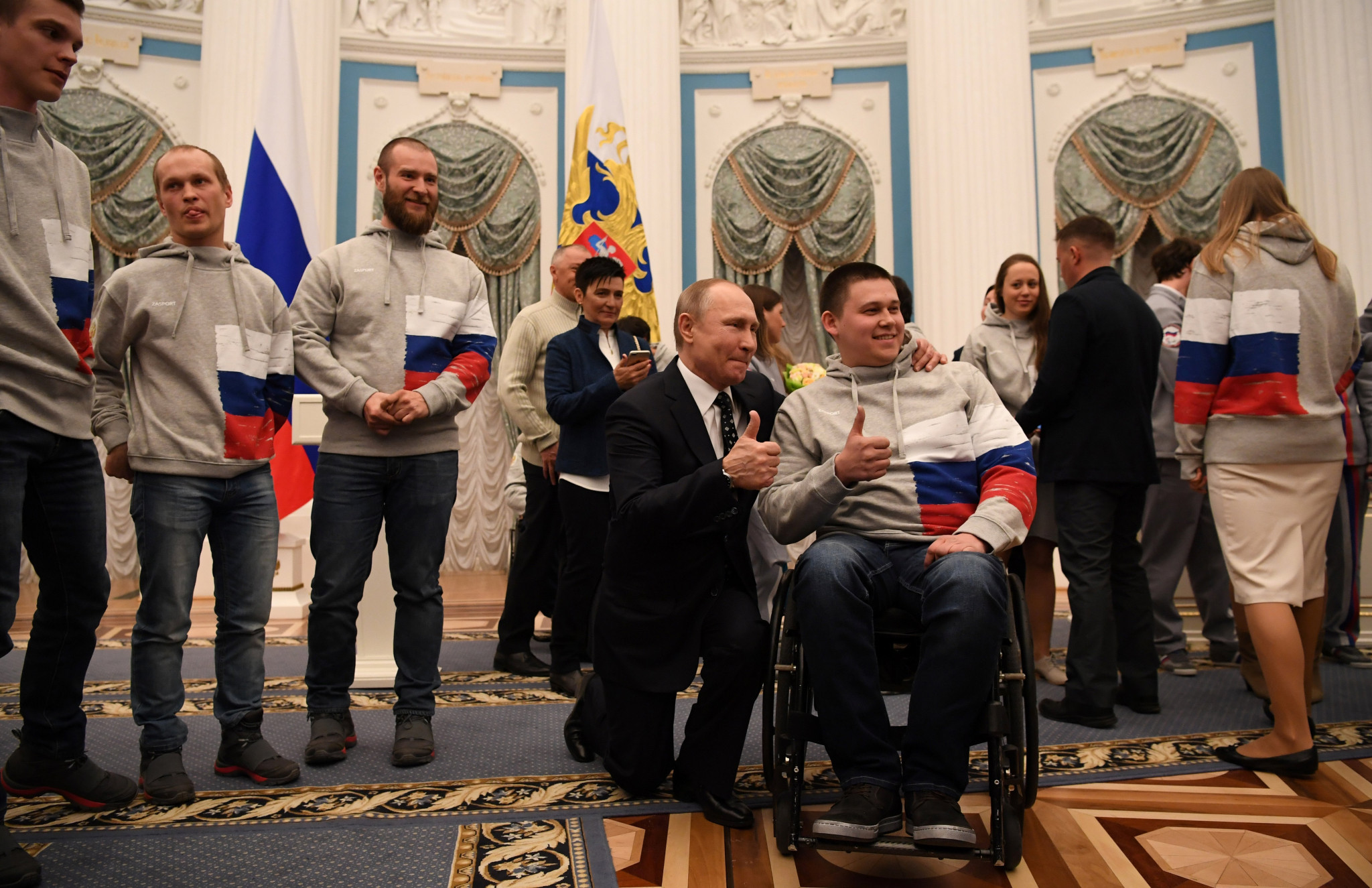 Russian President Vladimir Putin has congratulated athletes from the country who participated at the Pyeongchang 2018 Winter Paralympics.

Putin, who on Sunday (March 18) was re-elected as President for a further six years, hosted a reception for athletes at the Kremlin.

Russian athletes were forced to compete in Pyeongchang as Neutral Paralympic Athletes due to the country's drug scandal.

The report accused Russia of the systematic manipulation of the doping programme at events including the 2014 Winter Olympic and Paralympic Games in Sochi.

Their suspension has been in place since 2016.

Neutral Paralympic Athletes earned 24 medals at Pyeongchang 2018, with the Games coming to a close on Sunday (March 18).

Their total of eight gold, 10 silver and six bronze medals saw them finish second on the medals table, behind the United States.

Putin praised the efforts of the team, who needed to be cleared to compete by the IPC.

The Russian President also stated the country would host a Paralympic style event for athletes who were not permitted to compete neutrally.

"You have demonstrated the high class, the strong will and confirmed our country's strong position in the group of Paralympic sports' leaders and have done all of this, to speak in sports terms, being in the minority and in downsized representation, putting up an equal competition to the strongest Paralympic teams," he said, according to the Russian state news agency TASS.

"Russia is proud of the way you are keeping up with the main mission of a Paralympian and this mission is to inspire and delight the world.

"We will do everything possible to support these courageous and honest people so that their talents and determination would continue radiating hope to all of those, who have been trapped in an uneasy life situation.

"This year we will organise for Paralympians in Russia a number of special-status tournaments, which will boast the budget of prize money equal to the one provided for medallists at the Winter Paralympics in Pyeongchang."

The IPC have taken the opposite stance to the International Olympic Committee (IOC), which reinstated the Russian Olympic Committee three days after the Closing Ceremony of the Pyeongchang 2018 Winter Olympics.

Several IOC members said they wanted to "draw a line" under the country's doping scandal.

The IPC have stated that there is no immediate prospect of the organisation following the IOC’s stance.