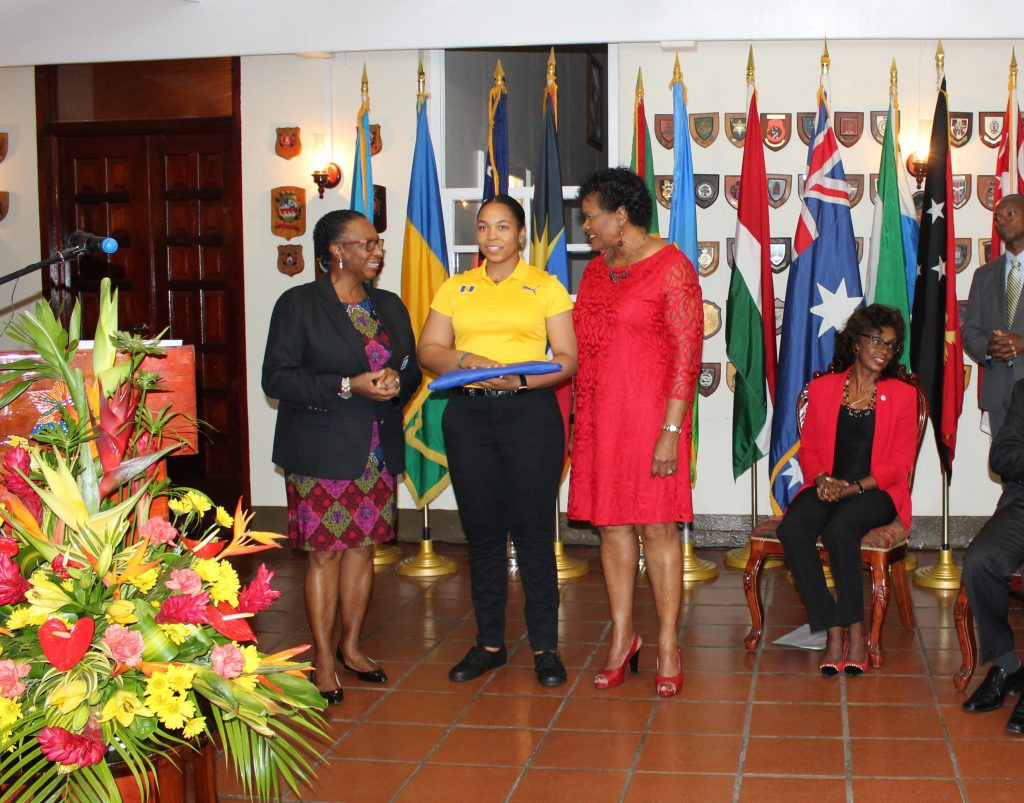 Meagan Best has been named as Barbados' flagbearer for the Opening Ceremony of the Gold Coast 2018 Commonwealth Games.

The teenage squash player has been recognised after a list of impressive achievements in her fledgling career.

She has already claimed the national under-17 and under-19 titles at the age of 15, as well as becoming Caribbean women's champion.

Best also became the first Caribbean player to win a United States squash title when she won the US Squash Open under-17 title last year.

The announcement was made at the grounds of the Barbados Defence Force, during a celebration of Commonwealth Day.

A military procession was held on the day, with the Barbados Olympic Association (BOA) inviting numerous dignitaries to the event.

Among those present were athletes and officials from 11 sports which will feature at next month's Commonwealth Games.

Ambassadors and high commissioners of Commonwealth countries, Government officials and members of the local Royal Commonwealth Society were also present.

The guest of honour was Dame Sandra Mason, Governor General of Barbados and patron of the BOA.

Sandra Osbourne, BOA President, claimed it was fitting to recognise the athletes on Commonwealth Day and expressed her support of the 2018 theme, "towards a Common Future”.

They claimed a single bronze medal at Glasgow 2014 but will be looking to claim their first gold since Kuala Lumpur 1998 next month.

The Games are set to take place from April 4 to 15.