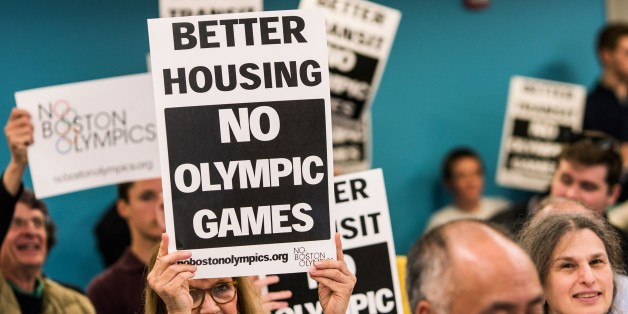 Former Denver Governor Dick Lamm has claimed a referendum should be held to determine whether or the city should submit a bid for the Winter Olympic and Paralympic Games.

Lamm was instrumental in placing the 1976 Denver Winter Olympic Referendum on the ballot in 1972, the outcome of which forced the American city to withdraw from hosting the event and it be awarded to Innsbruck instead.

He was among the attendees at the first public debate on whether Denver should enter the race for the 2030 Winter Olympic race.

The official is part of a newly established group opposing a bid for the Games.

The 82-year-old claims the public should be able to vote on whether the city proceeds with an effort later this year.

No Boston Olympics co-chairman Chris Dempsey also addressed the attendees at the meeting in Denver.

The opposition group led a campaign which caused a dramatic decline in public support for the 2024 Olympic and Paralympic Games in Boston after the city had been nominated ahead of Los Angeles, San Francisco and Washington D.C in January 2015.

Their opposition resulted in the United States Olympic Committee and the city agreeing to drop the bid in June of the same year.

The USOC instead appointed Los Angeles as its candidate city, which will now host the 2028 Games after Paris was awarded the event in 2024.

Dempsey reportedly called upon residents in Colorado to be given the opportunity for a referendum, stating the International Olympic Committee "hates them".

According to the Associated Press, Dempsey described the bid process as the "world’s most expensive auction" and labelled bid books as "the greatest fiction ever written".

Debate between the #Denver NOlympics crew and the exploratory committee deciding whether and how to bring Winter Olympic Games to Denver in 2030 kicking off shortly. pic.twitter.com/1NnFo2vx3w

"If there are challenges that Denver has about housing or transportation or healthcare, it’s up to the people of Colorado to fix that not Princess Nora of Liechtenstein or the Sheikh of Kuwait," Dempsey said, according to 9News.

"If you want to fix things for your day to day citizens focus on that, don’t focus on a free week party in the year 2030 where they fly in for two to three weeks and then leave town."

The latter reportedly promised they would not include taxpayer subsidies in its budget plans.

The event was open to the public and all interested community members could attend.

Sponsors the Inter-Neighborhood Cooperation, the association of city-wide neighbourhood groups in the city, promised a "fair and balanced discussion" at the meeting.

Denver had originally been targeting the 2026 Winter Olympic and Paralympics but the USOC recently confirmed the earliest Games they will bid for is 2030.

The Exploratory Committee, which held a three-hour meeting last month, is expected to make a recommendation about whether to pursue a bid or not next month.