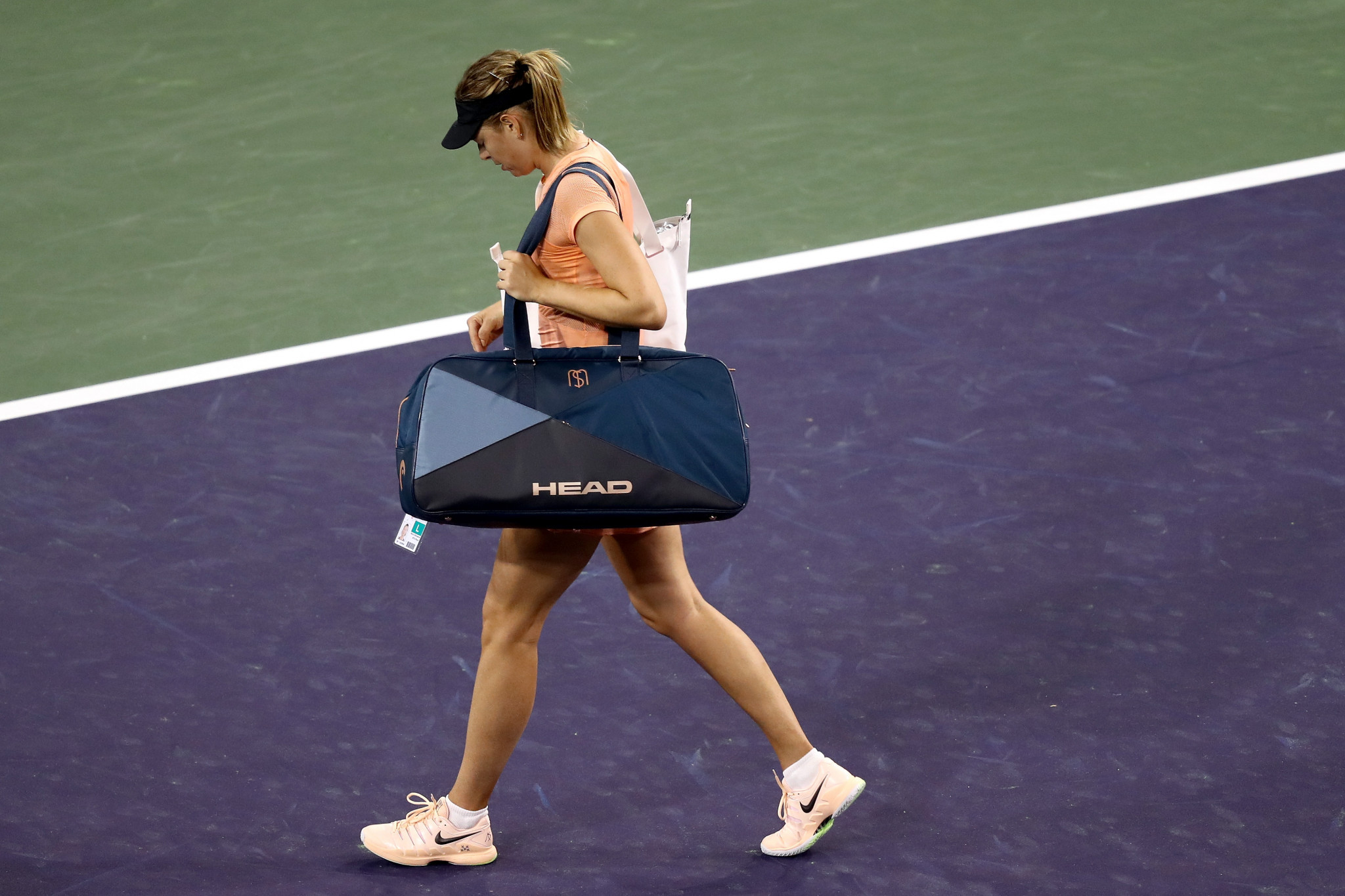 Former world number one Maria Sharapova suffered another opening round defeat as she lost to Japan's Naomi Osaka in the first round of the Indian Wells Masters.

This is the second time in as many tournaments that the Russian has lost a first round game after she also lost to Romania's Monica Niculescu at the Qatar Open last month.

In today's match against world number 44 Osaka at the Indian Wells Tennis Garden, Sharapova made six double faults, won just 25 per cent of her second serve points and had her serve broken five times, allowing Osaka to secure victory in just 95 minutes by a score of 6-4, 6-4.

As reported by the BBC, after her loss, 2006 and 2013 Indian Wells title winner Sharapova, who was unseeded for this year's event, said: "I wanted to do well here and not just because I won this event a couple times.

"I would have loved to stay longer, it is just not going to happen this year."

Sharapova has been back on the women's tennis circuit since April last year after serving a 15-month ban following a positive drugs test for meldonium at the 2016 Australian Open.

Osaka will now face Poland's Agnieszka Radwańska in her second round match.

Radwańska has been seeded at 31 for the tournament.

Former world number five and 2014 Wimbledon finalist Eugenie Bouchard of Canda also suffered a bad day at the office as she lost 6-3, 6-4 to 22-year-old Sachia Vickery of the United States.

Vickery now faces a tough test against two-time Grand Slam winner Garbiñe Muguruza of Spain, who won the International Tennis Federation's Women's Player of the Year award for 2017, in her second round tie.

Rogers, a French Open quarter-finalist in 2015, started well and claimed the first set by a relatively comfortable 6-3 scoreline, only to see world number 165 Dolehide race into a 4-0 lead in the second.

Rogers, however, recovered magnificently to make the match 5-5 thanks to a well-executed lob, but it was Dolehide who eventually took the set by eight points to six in a tiebreak.

The 19-year-old then took this momentum into the final set, eventually winning it 6-3..

Tomorrow sees the continuation of the women's singles first round with unseeded former world number ones Victoria Azarenka of Belarus and Serena Williams of the US set to take to the court for the first time at the tournament.

The first round of the men's competition will also be taking place.