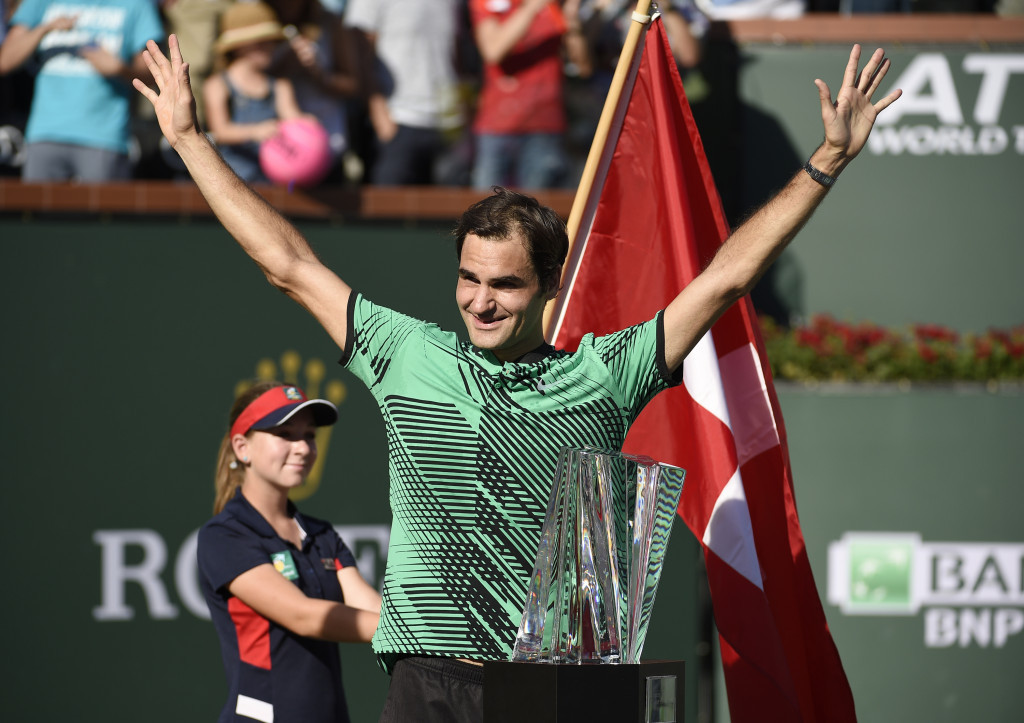 Switzerland's Roger Federer claimed the Indian Wells Masters title for a fifth time in his career after defeating compatriot Stan Wawrinka in straight sets in California.

Federer won 6-4, 7-5 to secure his second victory of 2017 after his success at the first Grand Slam of the year, the Australian Open, in January.

Wawrinka, who has won three Grand Slam titles in his career, was competing in his first Indian Wells final.

It was the first men's final to be contested by players from the same country since 2001, when the United States' Andre Agassi defeated his compatriot Pete Sampras on home soil.

Neither player could create a substantial lead in the first set until Federer struck at the most decisive moment.

He secured the first break of the match when he was leading 5-4 to claim the opening set.

Wawrinka responded by earning a break in the first game of the second set.

His opponent, however, broke to draw level at 2-2 before Federer once again won Wawrinka's final service game, racing to the net to slam away a volley on match point.

"Look, sports is emotional," said 35-year-old Federer, who has bounced back from a knee injury which saw him miss the Rio 2016 Olympics.

"So when you win or when you lose, sometimes it's stronger than you.

"The fairytale of the comeback that I have already shown in Australia.

"I am not as surprised as I was in Australia, but still this comes as a big, big surprise to me, nevertheless, to win here again and beating the players that I did and the way I did."

The Swiss pair have now met 23 times with Wawrinka only winning on three occasions.

Vesnina was forced to come from behind after Kuznetsova took the opening set 7-6 via a tiebreak.

The 30-year-old, who had defeated second seed Angelique Kerber and the United States' Venus Williams earlier in the competition, went on to claim the decisive second and third sets 7-5, 6-4.

Kuznetsova lost in the final for the third time, having previously been beaten in 2007 and 2008.

The tennis season will now continue this week with the ATP Miami Open.