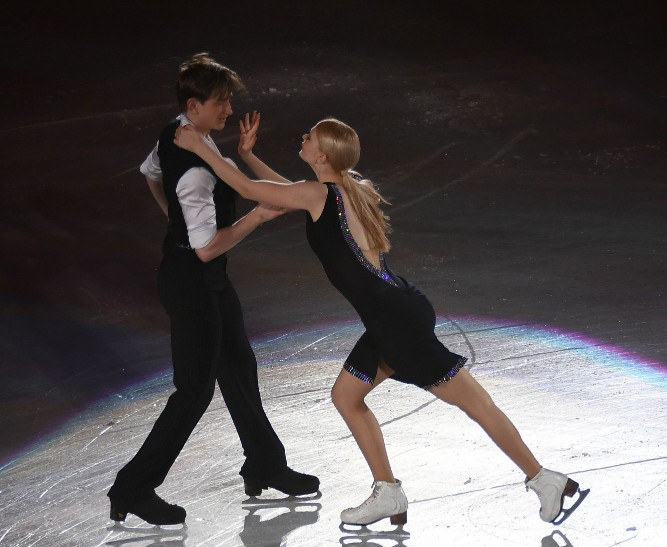 Skoptcova and Aleshin, winners of this year's Junior Grand Prix Final in Nagoya, showed excellent form once again as they recorded a score of 66.44 points at the Arena Armeec.

The Russian pair lead at the halfway stage of the ice dance event ahead of Canada's Marjorie Lajoie and Zachary Lagha.

Lajoie and Lagha produced a performance which was rewarded with a total of 62.39 points.

Russia were the dominant nation as three of their pairings sit in the top four, with Sofia Shevchenko and Igor Eremenko just outside of the medals as it stands after their ice dance routine scored 60.95 points.

The top 20 duos progress to the free dance portion of the ice dance event, scheduled to be held on Friday (March 9).

A total of 86 skaters from 45 countries are competing this time around.