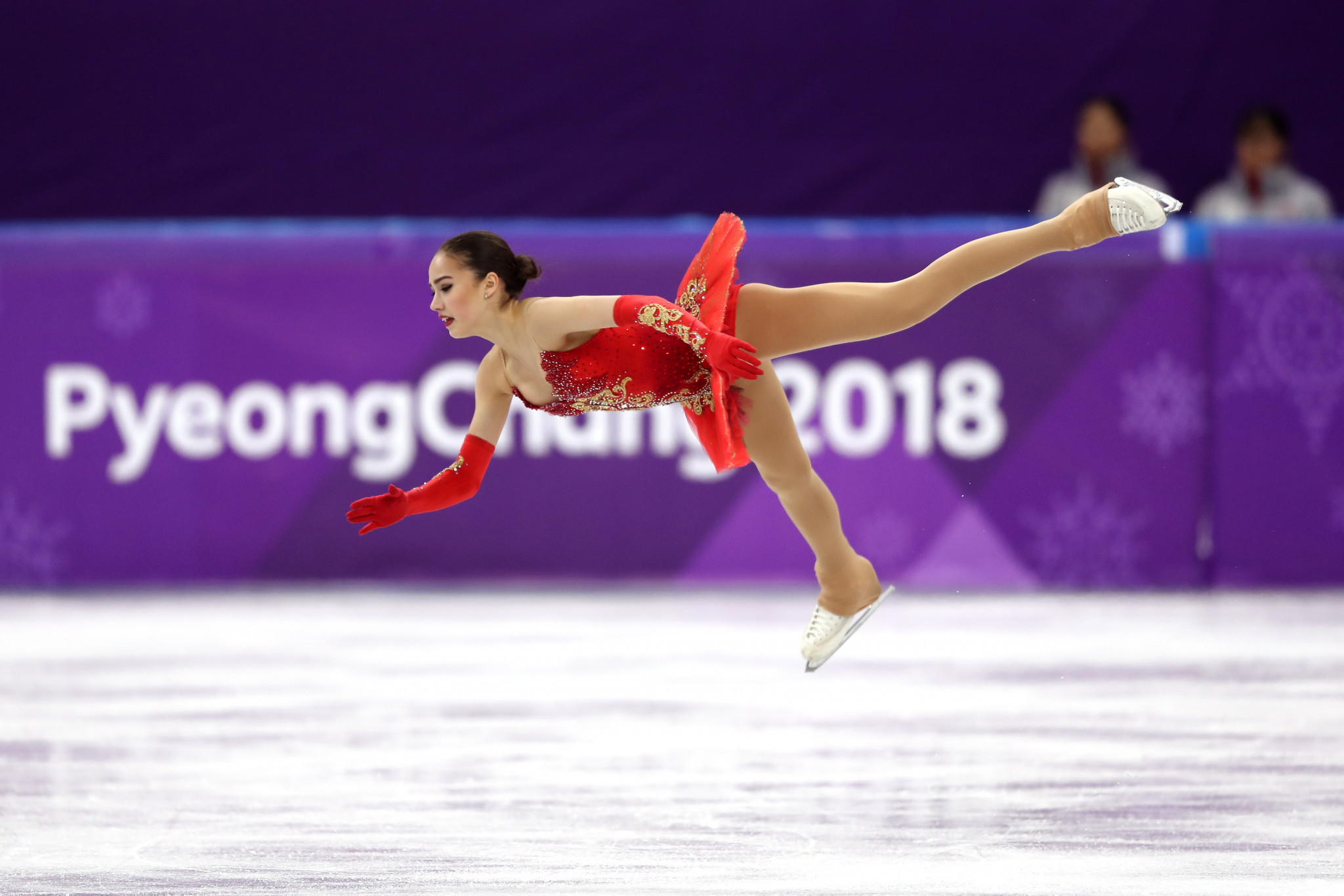 The 15-year-old from Izhevsk and Medvedeva both scored 156.65 points in the free skating today but Zagitova had the edge from the short programme and it proved crucial as she finished with an overall 239.57.

Medvedeva, the two-time world champion, ended narrowly behind her team-mate on a total of 238.26.

The triumph for Zagitova, the reigning European champion after she beat Medvedeva to the singles crown in Moscow last month, handed the OAR team their first gold medal of the Games.

"There was a lot of pressure on me and Evgenia," said Zagitova.

"All fans were waiting for us athletes from Russia to be on top."

At 15 years and 281 days old, Zagitova is the second-youngest Olympic ladies gold medalist, after Tara Lipinski from the United States.

The formidable pairing, set to dominate the sport for years to come, are the most recognisable names on the list of the 168 Russian athletes cleared to compete here by the International Olympic Committee (IOC).

Zagitova's victory marked a rare moment of celebration for the country at these Olympics after they were forced to participate as neutrals as part of an IOC sanction for the nation's "systematic manipulation" of the anti-doping system at Sochi 2014.

She received her gold medal at a ceremony tonight where Russian flags and the national anthem were both absent.

Zagitova and Medvedeva could yet march under their country's flag at the Closing Ceremony as the IOC are due to decide whether the suspension on Russia will be lifted tomorrow.

The Russian duo, who train together and share the same coach, were clear favourites for the top two positions on the podium and it seemed to be merely a question of who would finish where.

Zagitova was the first of the Russian skaters to take to the ice and she made full use of the scoring system, packing all of her jumps into the second half to earn a 10 per cent bonus.

Skating to Don Quixote by composer Leon Minkus, she produced a flawless, effortless and mesmeric routine to surge to the summit of the standings with just two skaters left to perform.

After Osmond was unable to leapfrog Zagitova, the first OAR gold medal was confirmed as Medvedeva was the last to compete.

The 18-year-old, long been considered the overwhelming favourite before an injury hampered her preparations late last year, knew what she had to do to snatch the title from her compatriot.

Medvedeva, who travelled to Lausanne to plead Russia's case to the IOC Executive Board in December, recovered from the slightest of errors early to complete another enchanting routine but she knew it would not be enough as she left the ice in floods of tears.

The confirmation then came from the judges as her score flashed up on screen, leaving her to settle for the silver medal in the latest installment of what promises to be a fascinating rivalry between the Russian stars.

"As I said many times, no matter what the circumstances are, people know where we are from and the spectators proved that," said Medvedeva.