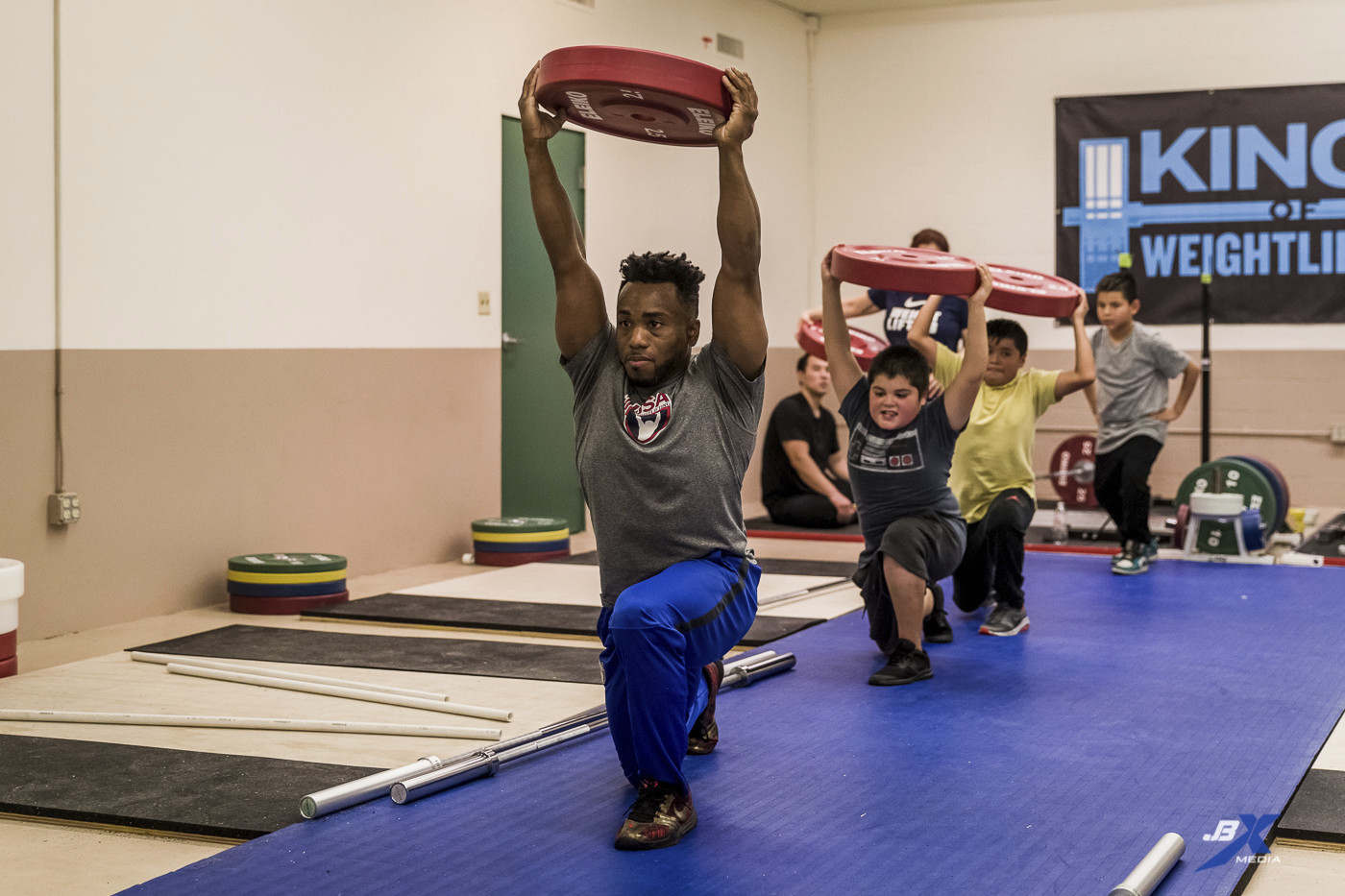 Weightlifters from ten countries will compete in the Fajr Cup in Ahvaz this week, among them elite athletes from the host nation Iran, Iraqis, Syrians, Afghans - and one lone American.

Derrick Johnson, who holds national records at 62 kilograms, is the first American lifter to compete in Iran since 1965, the last time the World Championships were hosted there.

Because of the relationship, or lack of it, between the United States and Iran at Governmental level, Johnson had to wait until Friday (March 2) for his visa.

That was the day before he started his journey to Ahvaz - the only competitor to do so at his own expense - to write the next chapter in what has been an extraordinary life in the sport.

Johnson, 33, who has been in weightlifting for more than 20 years, expected plenty more Americans to take up the invitation to compete in Iran, but none did.

"That's no concern of mine, though - I have always trained on my own, been self-motivated," said Johnson.

"My weightlifting story is very much different to most other weightlifters in the United States."

Johnson, who has competed at World Championships and Pan-American Championships as a junior and a senior since his first international appearance in 2004, runs a non-profit programme for youngsters from deprived backgrounds, Kings of Weightlifting, in Los Angeles.

He knows how much sport can help kids from the "wrong part of town" as he was one himself.

Johnson was born and raised in St Louis, Missouri, in "an area where if you didn't belong you'd get beat up".

"I was only 10-years-old but they thought my older brothers lived there.

"Family members died, friends died, they were locked up.

"I had cousins in jail, a younger brother in jail.

"I joined a programme in St Louis that was there to keep kids off the streets, in a run-down, leaking building opposite a liquor store.

"You could play basketball there and they lifted weights.

"First time I ever went, aged 12, I played basketball and when I finished I tried weightlifting for the first time.

"I've been on the platform ever since."

"When I won those titles it put that programme on the map," he said.

"Now you have 16, 17-year-olds from Lift for Life making the national team."

He became a qualified coach at 19, and by the age of 27 was an international-level coach.

His big target is to compete at the Olympics for the first time in Tokyo where, as he points out, he could go as either an athlete or a coach.

As well as his successes with Lift for Life, Johnson set up the first college scholarship programme for weightlifters in the US.

It was a lot of hard work but he did it at Lindenwood University, near St Louis, starting in 2009.

"I'd say 50 students have gone through on weightlifting scholarships," said Johnson, who was the coach there until 2012.

When Johnson moved to Los Angeles five years ago, he received a succession of calls about some of the kids he had coached back in St Louis.

"In my first two years in LA, five of those kids were murdered - all shot dead," he said.

"When I got that phone call about the fifth one from the programme director of the gym in St Louis, I was in tears.

"It was a kid I'd started in weightlifting at eight-years-old and he didn't live past 18.

"He was killed on the block where I used to drop him off after training - right in front of his house, execution style.

"His brother was killed the same way a year before.

"It was devastating, it was when I figured, that day, if you can just save one kid, even if 20 fail, it's got to be worth it.

It has been going since January, and so far 10 to 15 youngsters have enrolled.

So, why is he going to Iran, for the third Fajr Cup?

"When I saw the event on the International Weightlifting Federation (IWF) calendar I thought 'oh man, I hope my weight class is in there so I can get an invitation, because I'm absolutely going if I can,'" he said.

"Sports will take you places a lot of other things can't take you.

"I want to have life experiences."

Johnson, who has a degree in political science, takes a keen interest in international relations.

"I'm interested in the relationship between the US and Iran, US and North Korea - I want to see the place for myself," he said.

"I don't look at what the Government does as a representation of the people, what they would do.

"Iran has a rich history and I want to be part of this visit."

Johnson's coach is Ursula Garza Papandrea, the highest-qualified female coach in the US, vice-president of the International Weightlifting Federation, and President of USA Weightlifting.

She, too, is in Ahvaz, giving coaching advice as the Iranian Federation launches its international women's programme.

Competition is due to begin tomorrow.