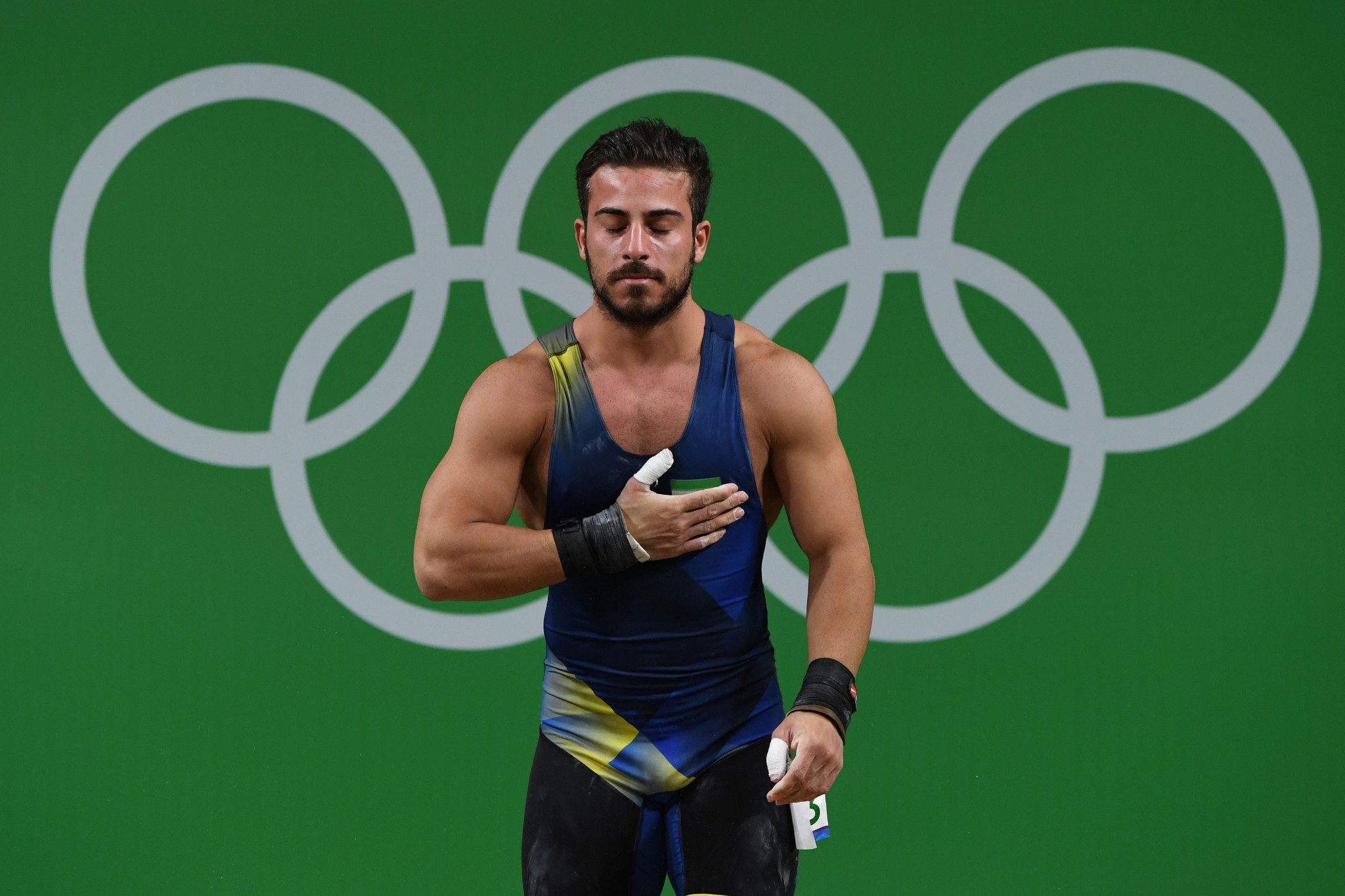 Kianoush Rostami, the popular Olympic champion from Iran who was overwhelmingly voted male Weightlifter of the Year last February, has been refused a visa by the United States.

His hopes of competing in the International Weightlifting Federation (IWF) World Championships, which run from November 28 until December 5 in Anaheim, California, rest on a second application to the US Department of State, which he made last week.

"“I don’t understand it," Rostami told insidethegames from his home in Iran.

"They tell me I must wait but they don't explain anything."

It is a race against time for Rostami, the Olympic champion and world record holder at 85 kilograms, whose first application was a "214b denial" - which means the Department of State was not fully satisfied of his intent to return to Iran after the World Championships.

Athletes from Iraq and Albania are also waiting on the Department of State to approve their visa applications.

There is no US embassy in Iran, so Rostami travelled to Dubai last week for a second interview with consular officials.

Part of the application process involves providing proof of a bank account and, said Rostami, on his second visit to Dubai: "I showed them I have two million dollars in my country.

"I am not trying to get a green card, and I don't know what the problem is.

"I am proud of being Iranian, and I want to come back to my country.

"They said 'we don’t need more, everything is okay, we will give you an answer, you must wait'.

"But I said 'I have a competition in 25 days. I want to participate in this competition.'"

Rostami, a Kurd who trains alone without a coach, and who has criticised Iran’s coaches in the past, said he would never seek asylum in the US.

"I love Iran - we owe much to our martyrs and war veterans," he said.

"I just think about winning gold in the World Championships, and about a world record.

"The world record is the person that wants to fight me."

Phil Andrews, chief executive of USA Weightlifting, said: "We remain in daily contact with the US Department of State through the USOC (United States Olympic Committee) Government Relations Team and remain hopeful that all athletes who have applied in sufficient time will be issued visas for the World Championships.

"In particular, we look forward to welcoming the Islamic Republic of Iran, who are among the top teams in weightlifting."

Rostami, 26, was announced as male Weightlifter of the Year by the IWF in February after polling 20,000-plus votes, more than three times as many as his nearest rival, the Georgian super-heavyweight Lasha Talakhadze.

Two days later Rostami was dropped by the Iran national team for failing to attend a training camp.

Iran's head coach, Sajjad Anoushiravani, said at the time: "Rostami has been dropped from the national team after not participating in the training.

"He will not be a member of our team in the fourth Islamic Solidarity Games in Baku in May.

"Rostami has been also dropped from the national team in the 2017 Asian Weightlifting Championships [in Ashgabat, Turkmenistan in April]."

Rostami did not compete in either of those events because, he said, he rested after the Olympic Games for 11 months, and returned to high-intensity training only about two months ago.

He is back in the team now.

"I don’t have any problems with the Iran Weightlifting Federation but my training programme, the way I use my time, is different to all others, it's my own," he said.

Rostami has not competed since Rio, where he broke his own world record with a total of 396kg.

The next-ranked Iranian in the same weight class is Ali Miri, whose best of 361kg leaves him a long way behind Rostami but very close to the top-ranked Anaheim competitor should Rostami be absent, Safaa Al-Jumaili from across the border in Iraq.

The rest of Iran’s team have their visas.

Among them is the super-heavyweight Saeid Ali Hosseini, whose eight-year suspension for a second doping offence expired on October 24.

Hosseini, 29, who has been lifting huge weights in training, is joined in the over-105kg by Behdad Salimikordasiabi, who broke the snatch world record in Rio then controversially failed to register a total when his final lift was overruled for a press-out.

Georgia’s Talakhadze, runner-up to Rostami in the awards voting, won that super-heavyweight contest in Rio and broke Salimi’s snatch record in April, at the European Championships.

He bettered that snatch effort by 3kg yesterday with a lift of 220kg at the Georgian Championships, where his total of 474kg also exceeded his own world record.

Neither attempt will go into the record books, though, as they were not achieved in an international competition.

If Rostami - whose Olympic bronze in 2012 is due to be upgraded to silver after a doping disqualification - does not compete, his absence would take the number of no-show Olympic champions in Anaheim to nine.

One retired, Colombia’s Oscar Figueroa, and the others will not be there because nine nations are banned for multiple doping offences, and North Korea is not sending a team for political reasons.

The reduced field makes the competition wide open, and gives the host nation a chance of winning its first men’s World Championship medals since 1997.

"Many Olympic and World champions will be present in Anaheim,"said Andrews.

"Although the entry list shows chances for many different nations, including the United States, to grace the podium."