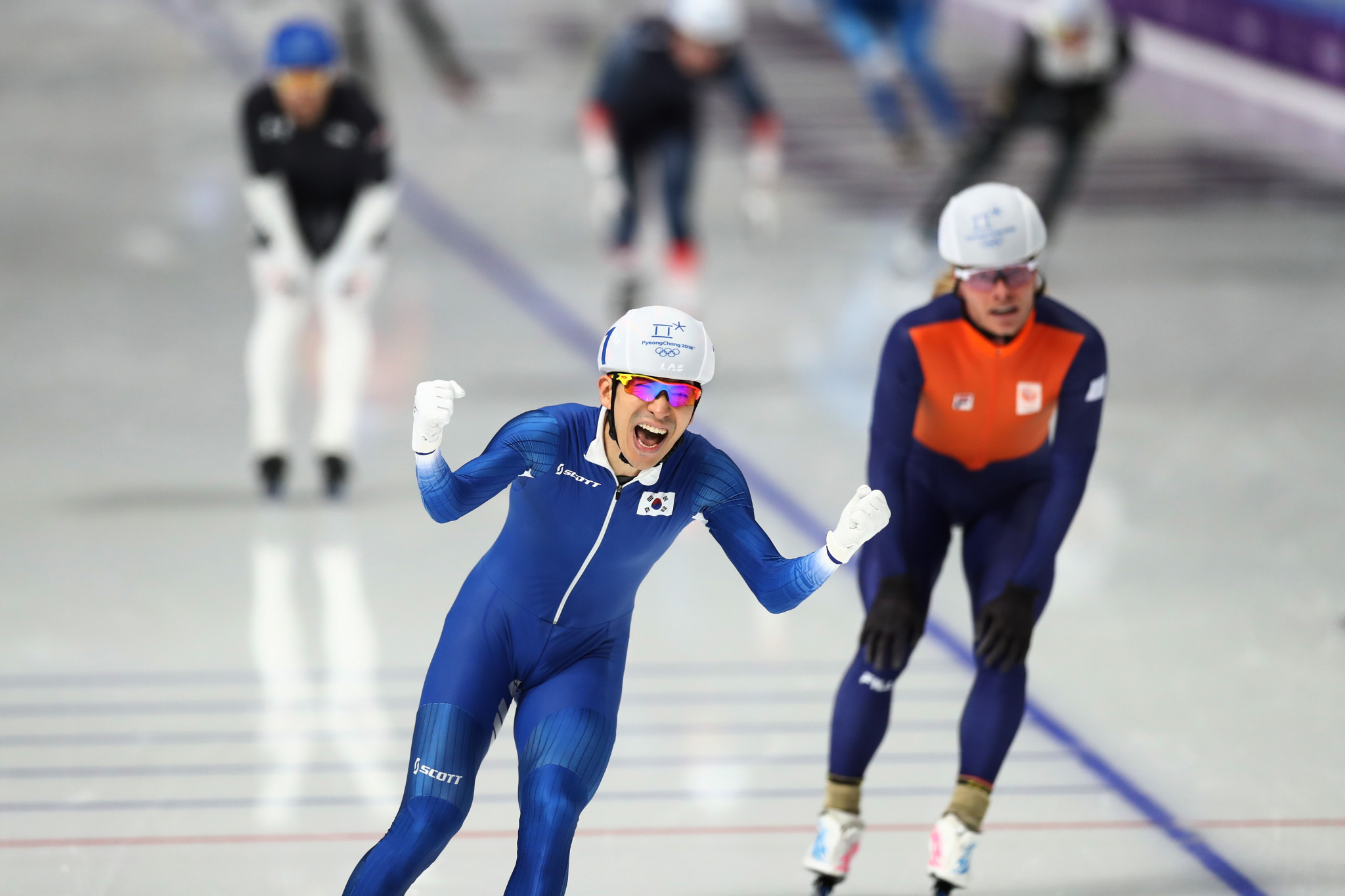 The 29-year-old’s gold in an event making its Olympic debut took South Korea’s medal tally above the 14 they won at Vancouver 2010.

He produced a last-minute spurt to finish the 16-lap race ahead of Belgium's Bart Swings and Dutchman Koen Verweij at the Gangneung Oval in front of a crowd that included Ivanka Trump, daughter of the United States President.

Lee now has five Olympic medals to his name, including 10,000m gold from Vancouver 2010 and team pursuit silver from Pyeongchang 2018.

"As the first mass start, I feel very happy to do this in front of my home crowd and I am honoured to get so much praise with this medal," Lee said.

"In the mass start, it is like a dream to get gold and I can't put it into words."

Swings’ silver was Belgium's sixth medal at the Winter Olympics and first since Nagano 1998 when speed skater Bart Veldkamp took bronze in the men's 5,000m.

"My family and my friends have supported me all the time.

"It has been a long Olympic Games, the last race.

"After the semi-final, I felt very easy in the final."

In the women’s event held earlier in the evening, Japan’s Nana Takagi came out on top to claim her second gold medal of Pyeongchang 2018.

Takagi was also part of Japan’s victorious team pursuit trio on Wednesday (February 21) and is the first woman from her country to win two gold medals in any sport at a Winter Olympics.

Schouten was leading going into the final corner but misjudged her line slightly and allowed Takagi to pass her on the inside.

"I only lost focus on two laps before showing good acceleration.

"I focus on team pursuit and mass start."