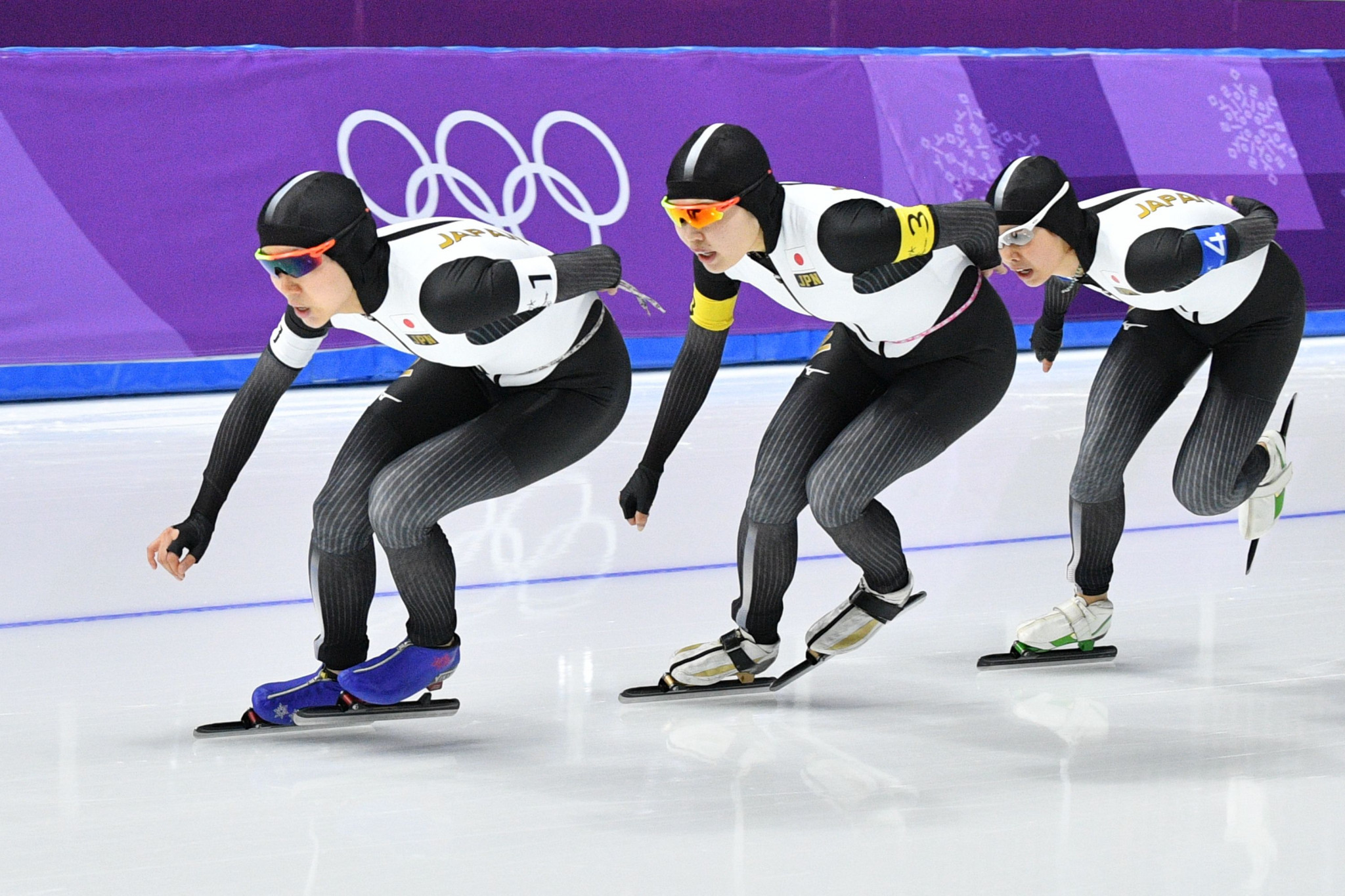 The Japanese trio of Miho Takagi, Ayano Sato and Nana Takagi stormed around the track at the Gangneung Oval in 2min 53.89sec to beat the Dutch team, comprised of Marrit Leenstra, Ireen Wust and Antoinette de Jong.

The Netherlands could not live with the pace of the Japanese squad as they were forced to settle for the silver medal.

Heather Bergsma, Brittany Bowe and Mia Manganello of the United States finished in 2:59.27 to narrowly oust Canada in the battle for bronze.

Japan's triumph ended German and Dutch dominance of the women's event at the Olympic Games.

The two European nations have shared the three team pursuit gold medals contested in the discipline since the format made its Olympic debut at Turin 2006.

Norway had not won an Olympic speed skating gold for two decades until Håvard Lorentzen topped the podium in the men's 500 metres earlier this week.

There was never really any chance of there being that big a gap between their next triumph in the sport as Havard Bokko, Simen Spieler Nilsen and Sverre Lunde Pedersen produced a superb performance to earn a commanding victory over South Korea in the final.

The Norwegian team clocked 3:37.32, over a second quicker than the time registered by the host nation's Lee Seung-hoon, Chung Jae-won and Kim Min-seok.

The bronze medal went to The Netherlands, who proved far too strong for New Zealand in the B final.