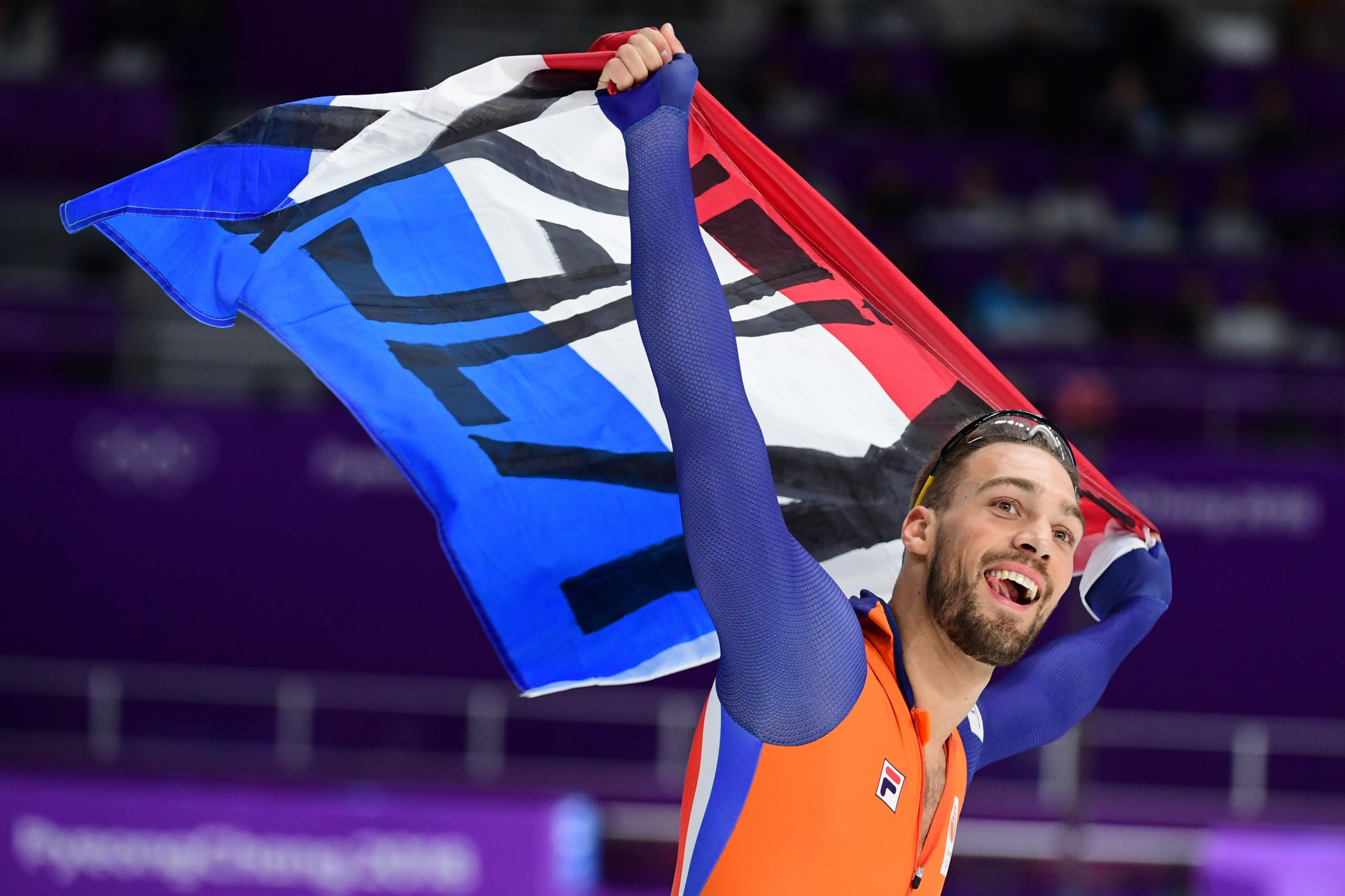 Nuis, winner of the 1,500m gold medal last Tuesday (February 13), clocked a time of 1min 7.95sec when competing in the final pairing to beat Lorentzen by 0.04 seconds at the Gangneung Oval.

Nuis becomes the third man to win the 1,000m and 1,500m events at a single Winter Olympics, following in the footsteps of the United States’ Eric Heiden and Canada’s Gaétan Boucher.

They had achieved the feat at Lake Placid 1980 and Sarajevo 1984 respectively.

"The 1,500m [gold medal] was a victory and this is a relief," Nuis, who initially made a false start, said.

"I was psyched to get this one.

"I really felt the tension today and after the false start the nerves were running through my body.

"But now it doesn’t matter any more."

The only other two Norwegian medallists in the event are Frode Rønning, the bronze medallist in 1980, and Jørn Didriksen, the silver medallist at Innsbruck 1976.

"It was a good race, but it wasn’t my perfect race and that’s a little bit disappointing," Lorentzen said.

"But I am super happy to have a silver medal."

Kim becomes the third speed skater from South Korea to win a medal in the men's 1,000m.

Kim Yoon-Man and Mo Tae-Bum were silver medallists at Albertville 1992 and Vancouver 2010 respectively.

Speed skating medal action at Pyeongchang 2018 is due to conclude tomorrow, when the men's and women's mass start events are scheduled to be held.

The Netherlands have won seven gold medals in the sport thus far and 14 overall.