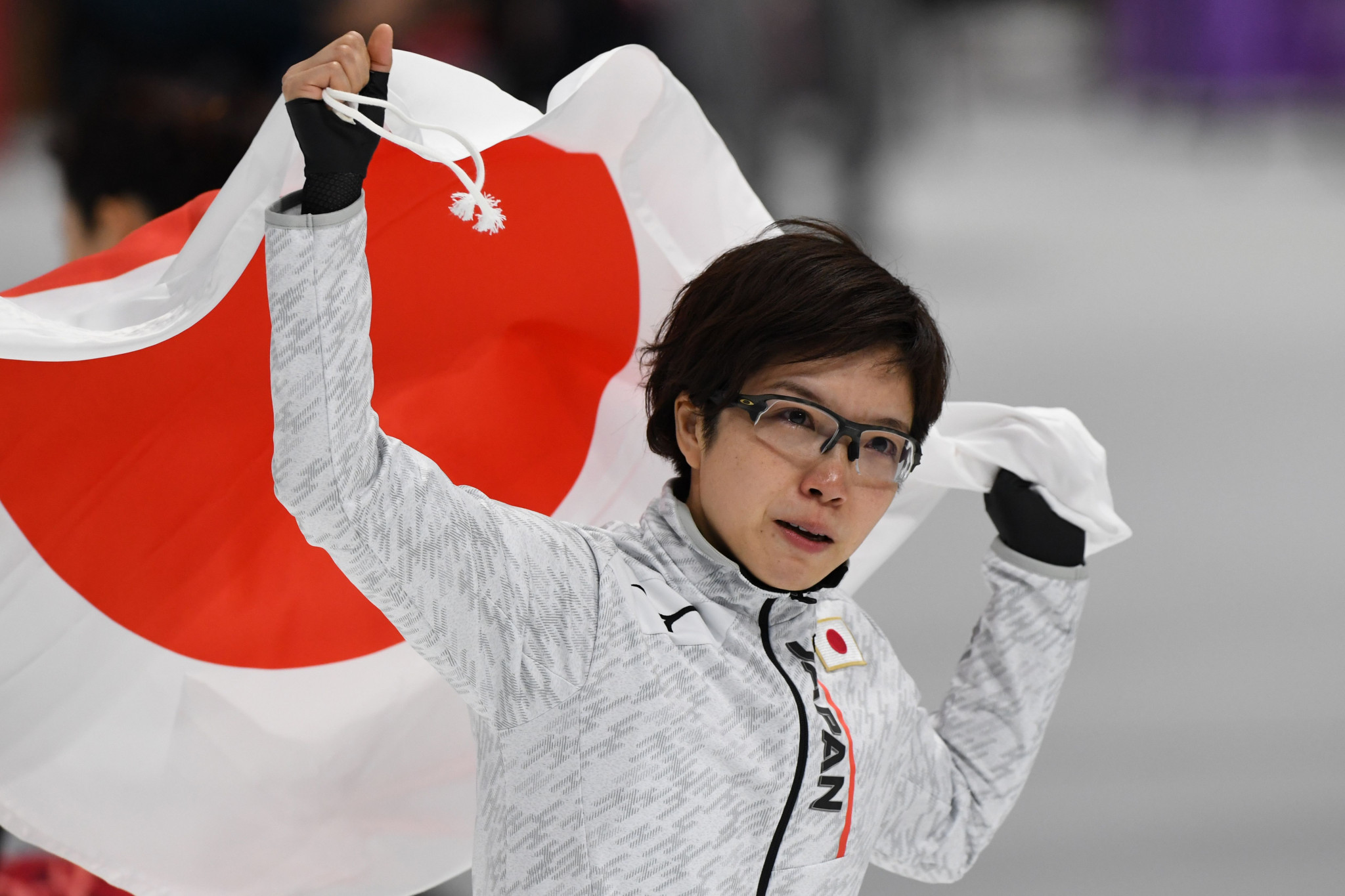 The 31-year-old, ranked number one in the world this season, made a rapid start and continued her momentum to set a time of 36.94sec.

It was the first time a woman had broken the 37 second barrier at sea level.

South Korea's two-time defending champion Lee Sang-hwa had to settle for the silver medal on home ice in 37.33.

The duo performed a joint lap of honour afterwards and posed together with their respective flags in what was considered a moment of harmony between the two countries.

"I was the captain of the whole delegation of Japan this time," said Kodaira afterwards.

"I know a lot of attention comes from the Japanese people.

"I knew that, all I have to do is ice skate as I am supposed to skate."