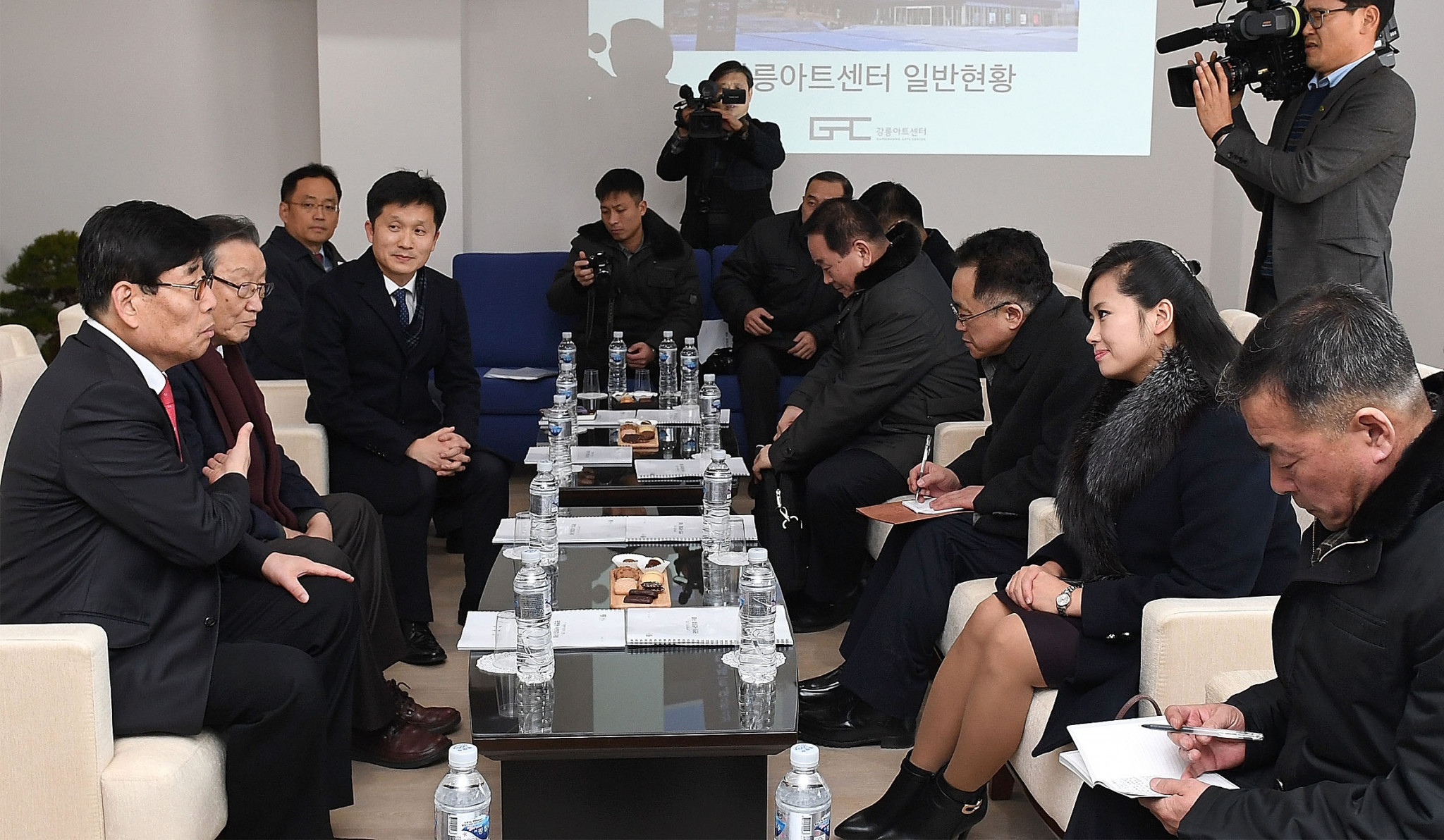 Representatives from North Korea and South Korea are due to meet on Tuesday (February 27) to discuss the former’s participation in the Winter Paralympic Games here.

In a statement, South Korea's Unification Ministry said Pyongyang had accepted a proposal "to hold working-level talks" in the Tongilgak, a North Korea administrative building in the demilitarized zone that divides the two Koreas.

Kyodo News reports that South Korea plans to send a three-member delegation led by Lee Joo Tae, director general in charge of inter-Korean exchanges and cooperation at the Unification Ministry.

Similar meetings were held last month prior to North Korea agreeing to participate in the Winter Olympics, due to conclude here today.

An agreement was reached for the two Koreas to march together under a unified flag in the Opening Ceremony and form a joint women's ice hockey team.

North Korean leader Kim Jong-un has reportedly claimed he wants to boost the "warm climate of reconciliation and dialogue" with South Korea after a high-level delegation, including his sister Kim Yo-jong, returned from Pyeongchang.

The talks over North Korea's participation at the Winter Paralympics is said to be an extension of that rapprochement.

South Korea has agreed to pay the $2.64 million (£1.89 million/€2.15 million) bill for North Korea’s participation the Winter Olympic Games from its Ministry of Unification budget.

The bill is said to include entry fees, accommodation and transport for musicians, cheerleaders and media as well as taekwondo performers.

A delegation of 400 North Koreans is present at Pyeongchang 2018.

North Korea will be represented by Kim Yong Chol, Vice-Chairman of the Party Central Committee, at the Closing Ceremony tonight.

Earlier this month, the International Paralympic Committee (IPC) invited North Korea to participate at Pyeongchang 2018, which would be the country's first-ever Winter Paralympics.

The National Paralympic Committee (NPC) of North Korea has been offered two bipartite slots to athletes to compete in Para Nordic skiing.

Should NPC North Korea participate in the Games, they will march together with athletes from NPC South Korea under a unified flag at the Opening Ceremony on March 9.

The two North Korean athletes who have received bipartite slots from the IPC and World Para Nordic Skiing are Jonghyon Kim and Yuchol Ma.

Both made their international debuts at last month's World Cup in Oberried in Germany, with funding from the Asian Paralympic Committee and the Agitos Foundation.

Bipartite invitations are granted on a discretionary basis by the IPC and the respective International Federation.

The country has competed previously at the 2012 and 2016 Summer Paralympic Games in London and Rio de Janeiro respectiely having sent one and two athletes respectively.

In January, the IPC Governing Board endorsed a proposal for North and South Korea to march together during the Pyeongchang 2018 Opening and Closing Ceremonies.

IPC President Andrew Parsons is optimistic that NPC North Korea will accept the IPC's invite to participate in the Games.