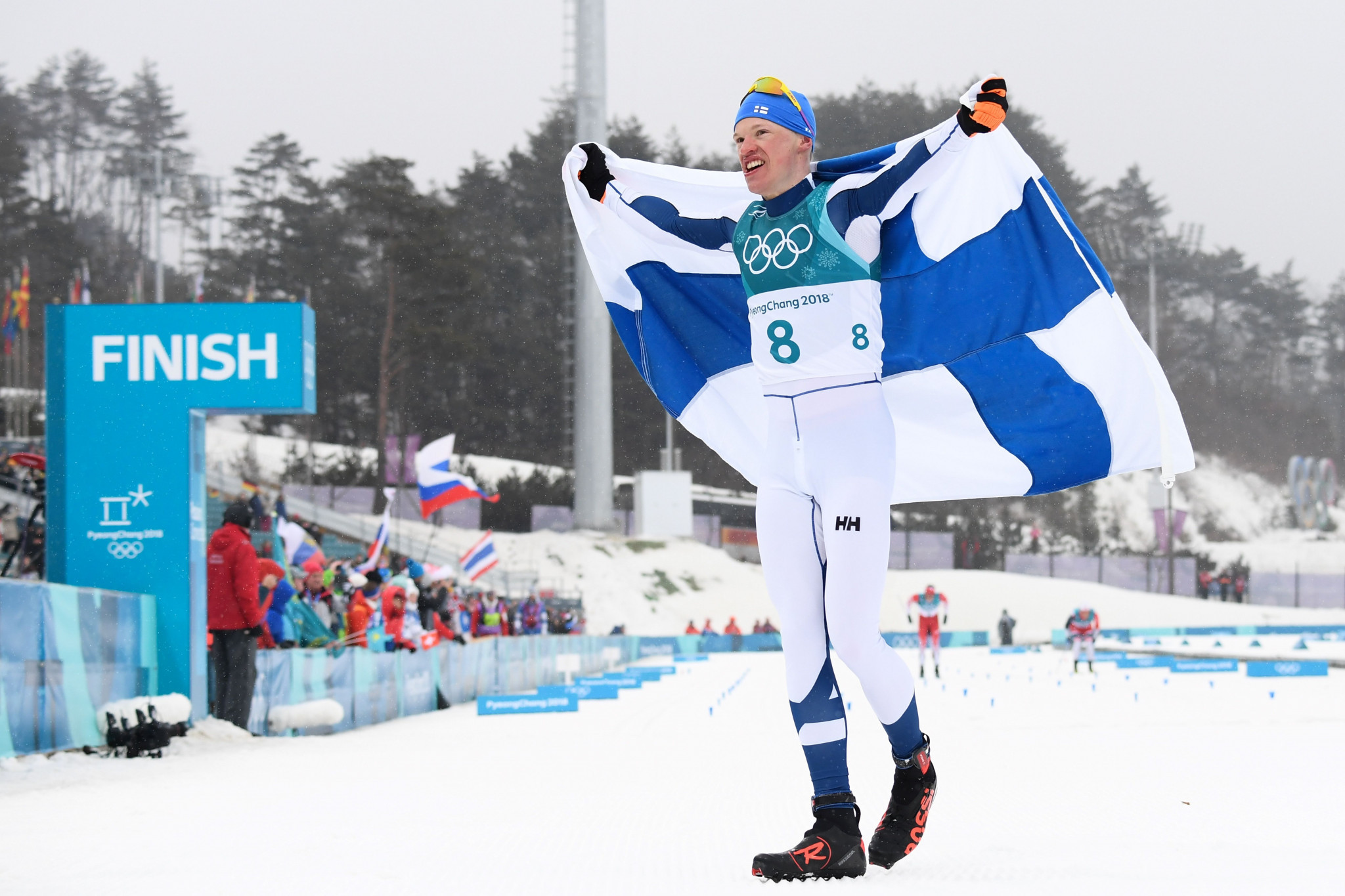 Niskanen crossed the line in 2 hours 08min 22.1sec at the Alpensia Cross-Country Centre, winning by a margin of 18.7 seconds over Bolshunov to secure his country’s first gold medal of the Games.

Bolshunov was overtaken by Niskanen, who himself had led for much of the race, with just over a kilometre remaining and was unable to keep touch with his rival.

"It was a big dream," Niskanen said on winning gold.

Bolshunov’s second-place finish ensured a fourth medal for him at Pyeongchang 2018, having also won silvers in the team sprint and 4x10 relay, and bronze in the individual sprint.

The 21-year-old’s haul equals cross-country skiers Marit Bjørgen of Norway and Charlotte Kalla of Sweden for most medals won in any sport at Pyeongchang 2018.

He felt, however, that he had missed an opportunity to triumph today.

"I am disappointed because today I could win gold medal," Bolshunov said.

"It was a little tactic fault from me - maybe I should have changed my skis.

"With those skis I could not fight for the gold medal at the finish line with Niskanen.

With Andrey Larkov taking the bronze medal, OAR has two spots on the podium for the second time at Pyeongchang 2018 after yesterday’s women’s singles figure skating gold and silver double from Alina Zagitova and Evgenia Medvedeva.

This was the first cross-country event at Pyeongchang 2018 in which Norway failed to win a medal.

Martin Johnsrud Sundby was the highest-ranked Norwegian in fifth place and was followed by Hans Christer Holund in sixth.

Cross-country skiing action at Pyeongchang 2018 is due to conclude tomorrow with the women's 30km mass start classic event.