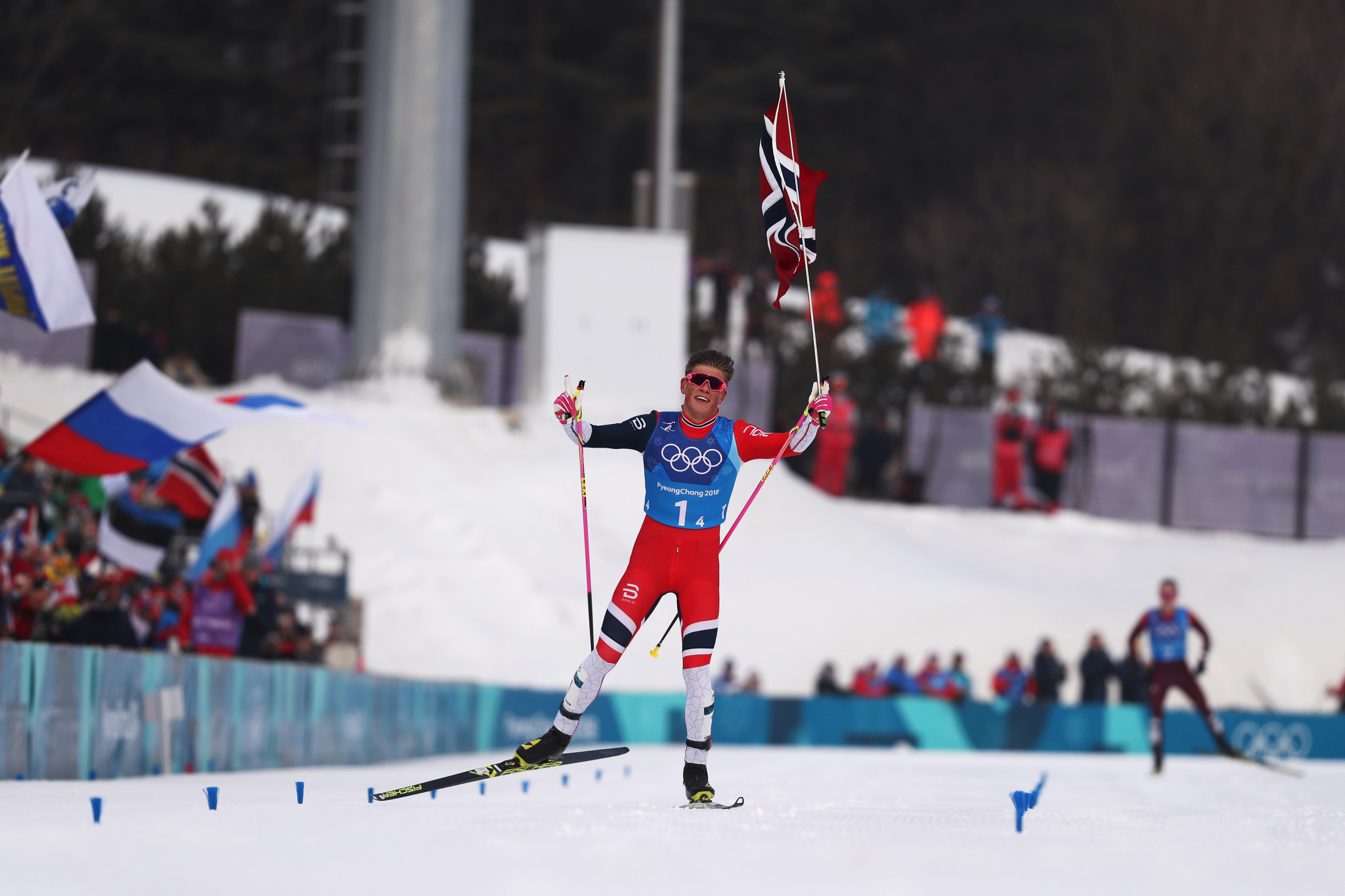 He was joined on the Norwegian team by Didrik Tønseth, Martin Johnsrud Sundby and Simen Hegstad Krueger.

Olympic Athletes from Russia (OAR) took the silver medal, finishing 9.4 seconds behind as their wait for a first gold at Pyeongchang 2018 continues.

It was nevertheless a notable performance from the OAR team stripped of many of their best cross-country skiers as a result of the doping scandal.

France were 36.9 seconds back in the bronze medal position.

Krueger came from 24.5 seconds behind at the halfway point of the race to put Norway into the lead.

Klæbo then took over for the final leg and moved away from OAR’s Denis Spitsov on the penultimate climb.

"In the first lap [of my relay leg], I felt quite strong and the skis were good," Klæbo said.

"So then I knew that I would attack at that moment [the second last climb] in the last lap.

"I felt strong and to get a gap is quite an unbelievable feeling."

Norway are now just two cross-country medals away from equalling the record for the most won at a single Olympics.

It is the second time the country has won the men's and women’s relays at a single Winter Olympics, the first having come at Grenoble 1968.

The only other nations to have achieved the feat are Soviet Union at Sapporo 1972 and Sweden at Sochi 2014.

Cross-country skiing medal action at Pyeongchang 2018 is due to resume on Wednesday (February 21).

The men's and women's team sprint freestyle events are scheduled.