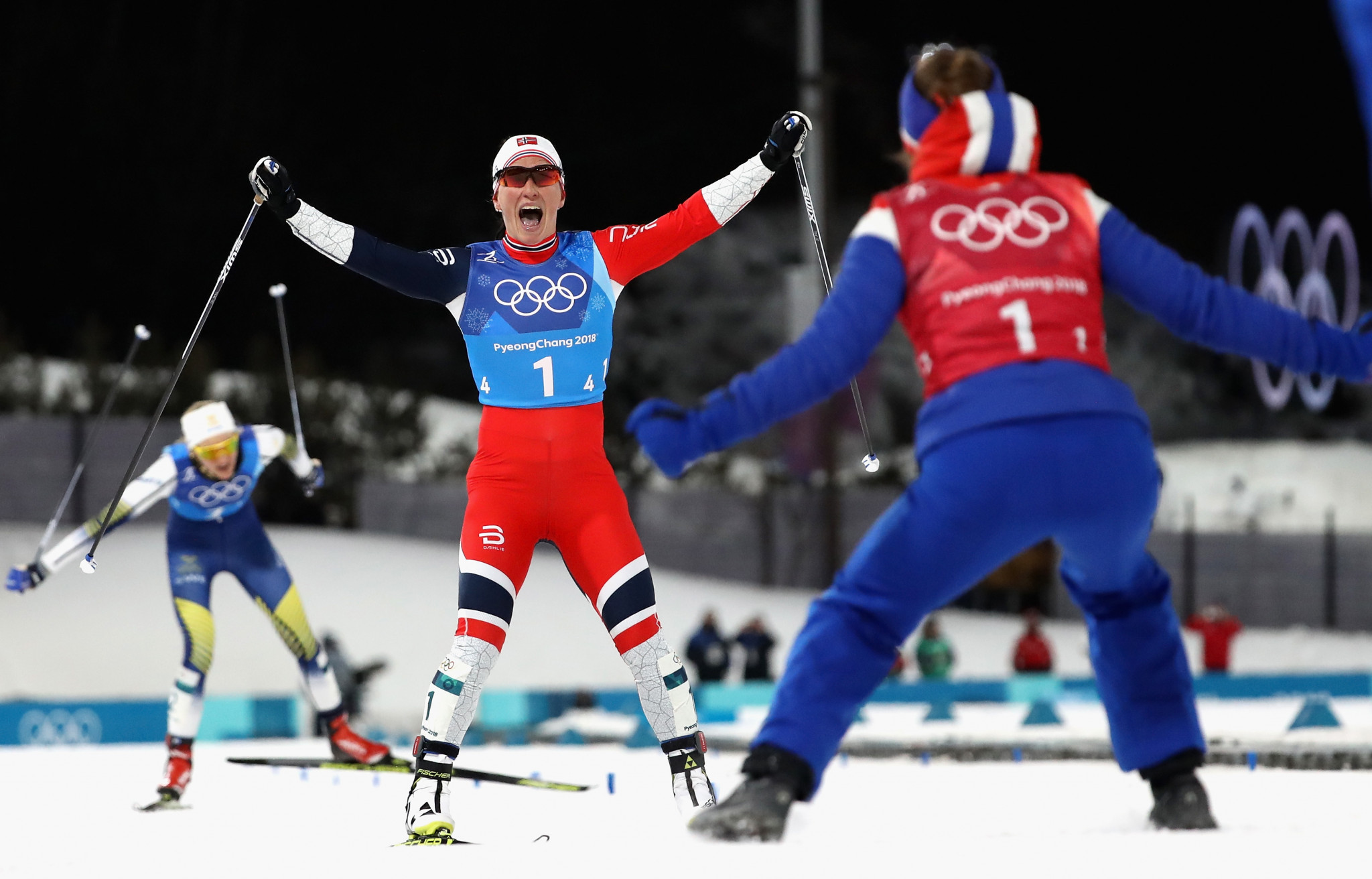 Marit Bjørgen has equalled the record for the most medals won in the Winter Olympic Games after anchoring Norway to victory in the women’s cross-country skiing 4x5 kilometres relay at Pyeongchang 2018.

The 37-year-old sealed her country’s triumph with a time of 51min 24.3sec at the Alpensia Cross-Country Centre, celebrating with team-mates Ingvild Flugstad Oestberg, Astrid Uhrenholdt Jacobsen and Ragnhild Haga.

It was the 13th Olympic medal of her career, tying her for the most with Norwegian biathlete Ole Einar Bjørndalen, who failed to make Norway's Pyeongchang 2018 team.

Norway were third, 3.4 seconds behind leaders Sweden, when Bjørgen took over in the final leg of the race.

The veteran soon moved into the lead and never looked back, holding off Sweden’s Stina Nilsson to seal victory.

"I thought it was going to be hard when I had Stina on my skis on the last lap so I'm very happy," Bjørgen, already winner of silver and bronze medals at Pyeongchang 2018, said.

"I can't understand that I did it either."

Bjørgen, who made her Olympic debut at Turin 2006, added: "The other girls did give me a good position, but it's a new position for me.

"In the last year, I have been going there in front by myself but I had to try and push hard all the way.

Bjørgen can become the most decorated Winter Olympian of all time if she can manage to win a medal in either the women’s team sprint freestyle or the 30km mass start classic.

Those events are due to take place on February 21 and 25 respectively.

The Norwegian great is also only one behind Bjørndalen and Bjørn Dæhlie for the most gold medals in Winter Olympic history.

She currently has seven, an outright record for a woman, along with four silver and two bronze.

Cross-country skiing medal action at Pyeongchang 2018 is due to continue tomorrow with the men’s 4x10km relay.