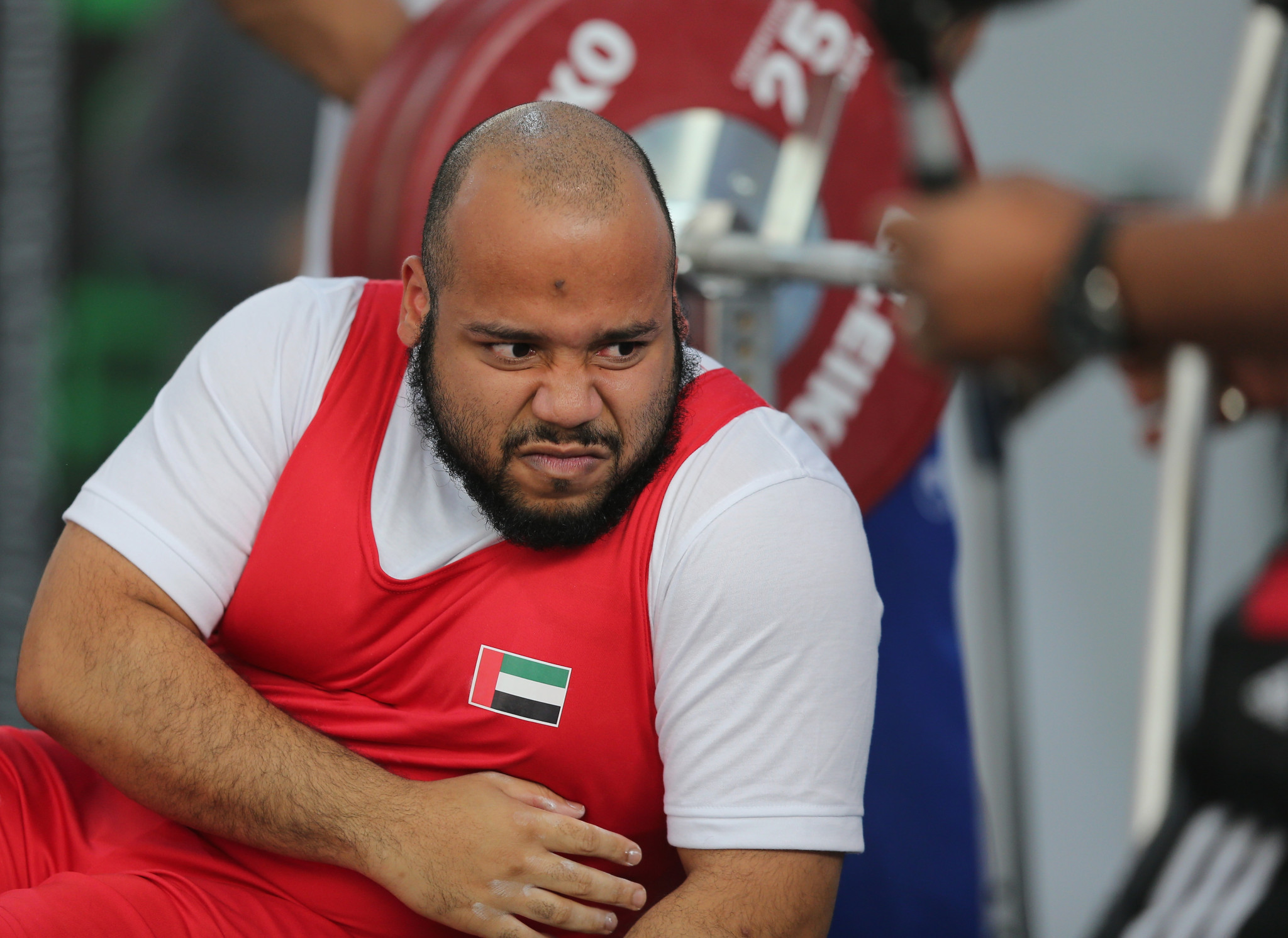 The home crowd had been awaiting their first gold medal of the event after three days of competition.

They were treated to two victories, as Adel Shanbih and Mohammed Khalaf came out on top in their respective divisions.

Shanbih topped the standings in the men’s up to 88 kilogram competition, having improved in all three rounds of the event.

His final round lift of 164kg gave him the gold, with India’s Arun Ranga securing the silver medal by managing 158kg.

Thailand’s Khamdam Chinnaphop matched Ranga’s lift, but took the bronze due to having a higher bodyweight.

The two-time Paralympic champion was able to top the standings in the men’s up to 97kg event, following an impressive lift of 212kg.

He ended comfortably clear of Turkmenistan’s Bayram Saparov and Georgia’s Iago Gorgodze, who completed the podium with lifts of 190kg and 185kg respectively.

Sodnompiljee Enkhbayar claimed the third gold medal of the day, with the Mongolian lifting 220kg in the men’s up to 107kg category.

He ended 20kg clear of Kyrgyzstan’s Zhyrgalbek Orosbaev, while the United Arab Emirates’ Abdalla Alnaqbi rounded off a strong day for the host nation by securing bronze with a liftof 185kg.

Action is set to conclude tomorrow with four titles up for grabs.