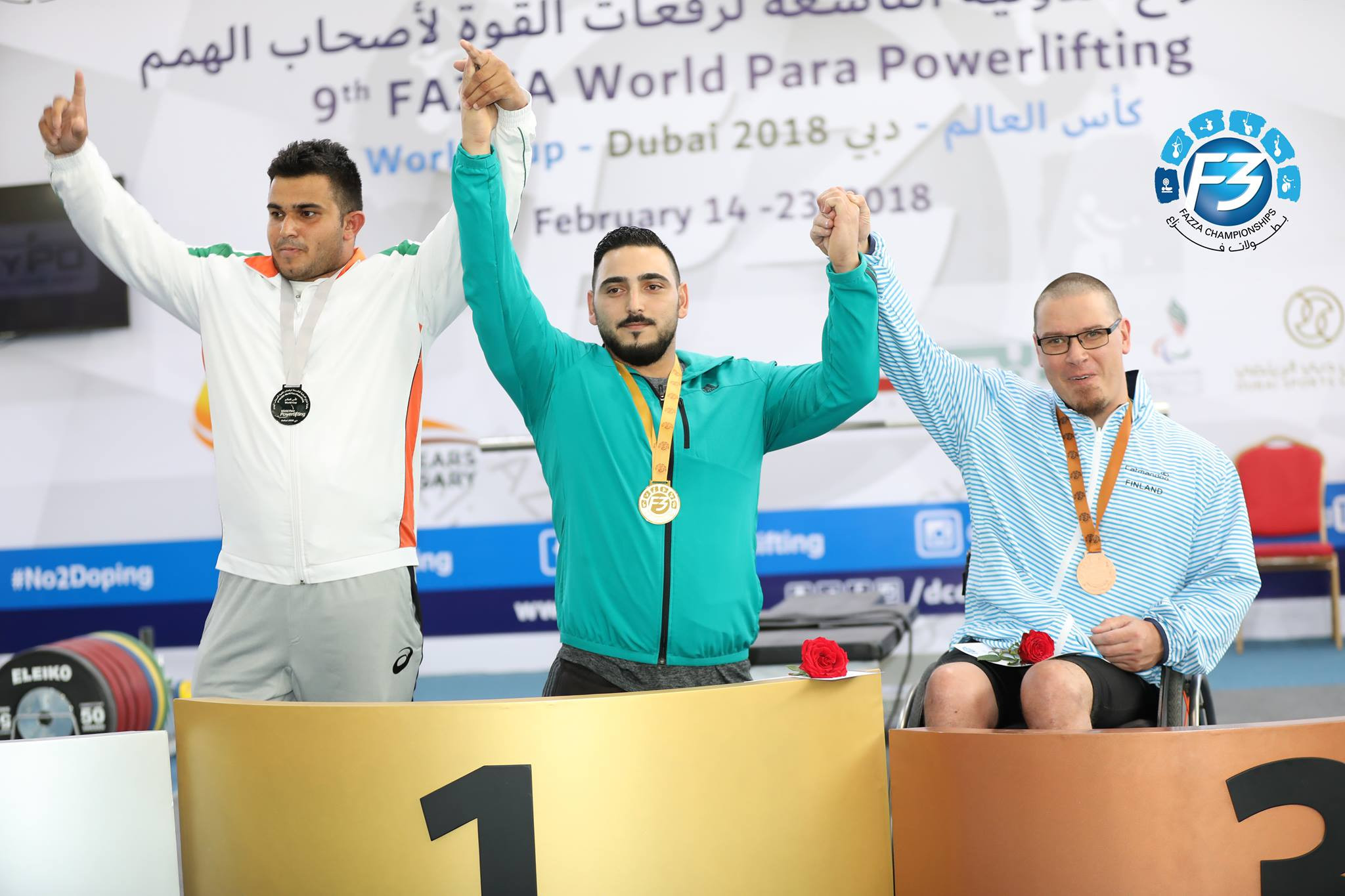 A first round lift proved enough for Abdelkareem Khattab to earn gold as the World Para Powerlifting World Cup continued in Dubai.

The Jordanian powerlifter produced a lift of 203 kilograms in the opening stages of the men's up to 80kg event in the United Arab Emirates city.

The effort put the World Championship bronze medallist at the top of the leaderboard, but he proved unable to better the tally.

He failed to achieve lifts of 220kg and 223kg in the final two rounds, falling short of the 221kg he managed to claim a podium finish at the Mexico City 2017 World Championships.

His first round effort remained enough to stay out in front, with the Jordanian now set to target the Asian/Oceanian Championships.

India's Sudhir went closest to challenging Khattab during the competition, but he ended some way adrift with a lift of 186kg.

The podium was rounded off by Harri Kauppila, as the Finnish competitor managed 162kg.

There were gold medals for Ukraine and South Korea in women's competitions.

Rayisa Toporkova secured victory in the women's up to 61kg division as the Ukrainian lifted 101kg.

She was followed by Syria’s Fatema Alhasan and Thailand’s Hat Motnok, who produced lifts of 92kg and 63kg respectively.

Toporkova’s team-mate Natalia Oliinyk was forced to settle for silver in the up to 67kg competition.

She achieved a lift of 100kg, but was edged by Hyeong Hui Kim as the South Korean lifted one kilogram more to top the standings.