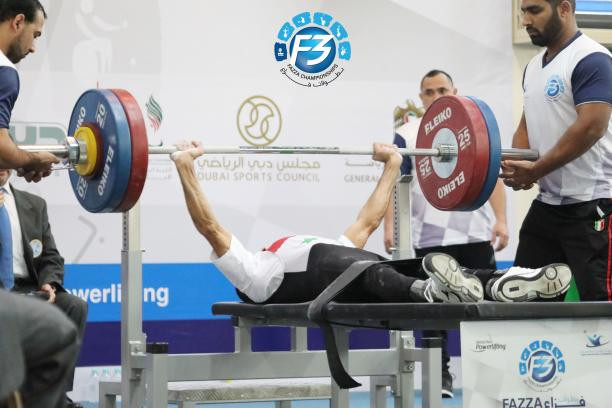 Poland lead the medals table with one gold and one bronze following the first day of competition at the ninth World Para Powerlifting World Cup in Dubai.

Paralympic silver medallist and two-time European champion Justyna Kozdryk, fifth at last year´s World Championships, won the women´s up-to-45 kilograms thanks to a 90kg lift in her third attempt at the Dubai Club For People Of Determination.

The Polish athlete had lifted 86kg and 88g in the first two rounds.

She was followed by India´s 28-year-old Sakina Khatun, who managed 80kg, ahead of Singapore´s Nur Aini Bte Mohamad Yasli, who lifted 53kg.

Khatun will be hoping it helps her case to be selected for the Commonwealth Games in the Gold Coast in April following her controversial exclusion by Indian selectors, which had led to her threatening to commit suicide if she is not selected.

Poland's other medallist on the day was Beijing 2008 Paralympian Slawomir Szymanski, who cleared 123kg in the men's up-to-49kg.

Farman Basha gave India its second silver of the day thanks to a 140kg lift in his second attempt.

She ended far ahead of her opponents as Ukraine's Kseniia Tokar, who lifted 59kg, and Kazakhstan's Tursynay Kabyl, who cleared 50kg, completed the podium.

Competition is due to continue tomorrow with the women's up-to-50kg – where Ukraine's three-time Paralympic gold medallist Lidiia Soloviova is due to start her season - and 55kg, and the men's up-to-54kg and 59kg.