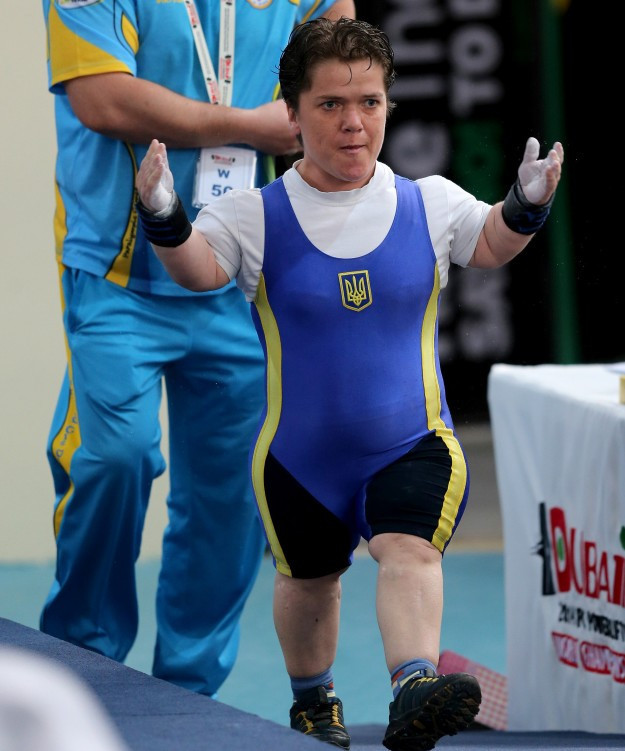 Triple Paralympic gold medallist Lidiia Soloviova will be among the competitors in action at the sole World Para Powerlifting World Cup of the season in Dubai, due to begin tomorrow.

Soloviova won the women's 40 kilograms division at Athens 2004 before defending her title at Beijing 2008.

She moved up to 50kg to win another gold at Rio 2016 with her Paralympic medal collection also boasting 40kg silver at Sydney 2000 and 44kg bronze at London 2012.

The Ukrainian, however, disappointed at 50kg at the 2017 World Championships in Mexico City in December.

She failed twice at 107kg but now has the chance to return to form in the United Arab Emirates city.

"I was very upset because I was so close to get that title," said 40-year-old Soloviova, who did win world gold in 2006.

"But then I analysed my performance together with my coach Oleksandr Alfyorov and immediately left that behind and started focusing on the next competitions.

"I think patience and training will help me regain the world title."

In all, 128 powerlifters from 30 countries will compete at the Dubai Club For People Of Determination at the ninth edition of the World Cup held in the city.

Nigeria's world champion and world record holder Folashade Oluwatemlayo will be one to watch in the women's under-86kg with her compatriot Eshter Oyema, the London 2012 champion, a guaranteed threat at under-55kg.

The men's field also features a stand-out Nigerian with Roland Ezuruike, the Paralympic and world champion, among the under-54kg entries.

The World Cup is scheduled to last until next Thursday (February 22).