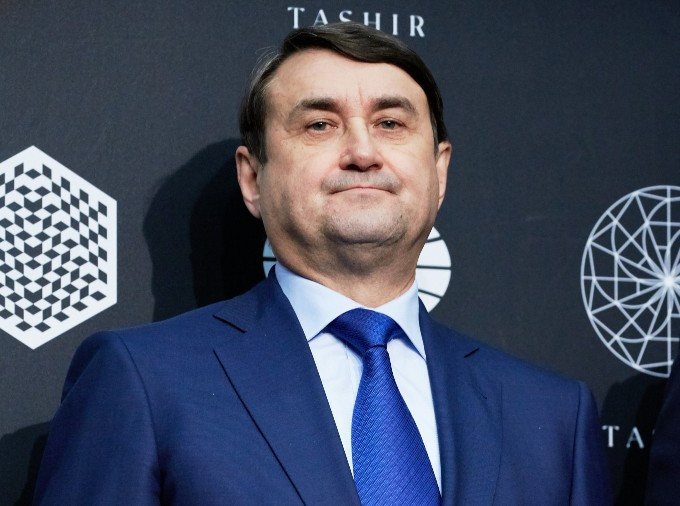 Russia has been given fresh hope they will be allowed to march under their own flag at the Closing Ceremony of Pyeongchang 2018 following a meeting here between International Olympic Committee (IOC) President Thomas Bach and a key aide of Vladimir Putin.

Bach met with Igor Levitin, a former Minister of Transport and who is now vice-president of the Russian Olympic Committee (ROC), for what was described by the IOC as a "brief courtesy visit" during the Winter Olympic Games.

There is growing confidence among Russian officials, however, that the meeting resulted in a positive agreement towards the country's participation under their own flag at the Closing Ceremony on Sunday (February 25).

The IOC Executive Board are due to decide on Saturday (February 24) whether a ROC suspension in operation since December will be lifted.

This decision is supposed to be based on the recommendation of an implementation group, chaired by IOC Executive Board member Nicole Hoevertsz of Aruba.

This suspension, issued as part of a sanction for the "systemic manipulation" of the anti-doping system at Sochi 2014, meant that Russians have competed neutrally here under the Olympic flag as Olympic Athletes from Russia (OAR).

The ban will only be lifted if they are ruled to have acted within the "spirit and letter" of the IOC conditions, something that appeared increasingly unlikely after it emerged on Sunday (February 18) that bronze medal winning curler Aleksandr Krushelnitckii had failed a drugs test for meldonium.

insidethegames understands, however, that the meeting went well from a Russian perspective and that a deal may have been negotiated.

It is likely that the OAR will still be stripped of the curling bronze medal pending an appeal to the Court of Arbitration for Sport (CAS).

It has been confirmed that a CAS hearing will take place here tomorrow at 2pm.

Another key condition that must be met before the ban is lifted is the ROC paying a fine of $15 million (£11 million/€13 million) to help fund an anti-doping campaign.

insidethegames understands the funds are available to be electronically transferred to the IOC but this not happened yet.

Levitin is an influential official and chairman of the Supervisory Board of the Table Tennis Federation of Russia.

He is considered a likely challenger to replace Alexander Zhukov as President of the ROC later this year.

Andrei Mitkov, an agent to leading Russian athletes including swimmer Yuliya Efimova, wrote on Facebook that the two men discussed the "restoration of the OCD [sic, ROC] and the passage of our athletes at the Closing Ceremony of the Olympic Games".

"He [Bach] met him [Levitin] for a brief courtesy visit as he has with a large number of representatives from other Governments of different countries," an IOC spokesperson responded by telling insidethegames.