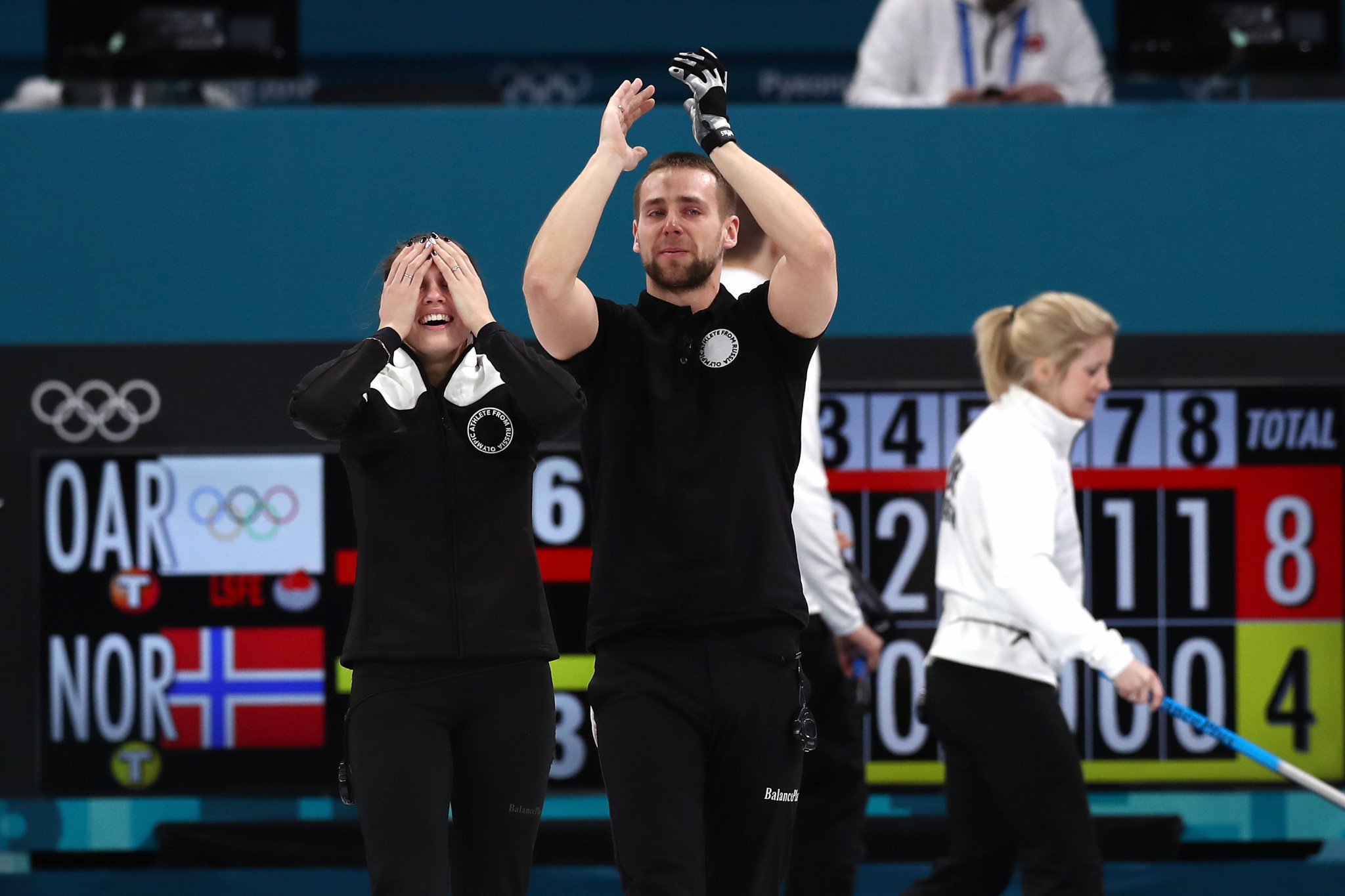 Russia's response to a possible failed drugs test in curling and the swift payment of  a multi-million dollar fine imposed by the International Olympic Committee (IOC) will be key if the country is to have any chance of marching under its own flag at the Closing Ceremony of Pyeongchang 2018.

A decision is due to be made by an IOC Executive Board on Saturday (February 24) following a recommendation by a specially-convened implementation panel.

Signs suggest, however, that the patience of key IOC officials is wearing increasingly thin.

A process is currently taking place in the World Anti-Doping Agency-accredited laboratory in Seoul to test a B-sample submitted by curler Aleksandr Krushelnitckii after his initial test showed the presence of meldonium.

Krushelnitckii, winner of an Olympic mixed doubles bronze medal alongside his wife, Anastasia Bryzgalova as part of the Olympic Athletes from Russia (OAR) team, has handed-in his accreditation and travelled to Seoul to witness the opening of the B-sample.

If this confirms the presence of the drug, which has been responsible for dozens of Russian and Eastern European failures since being added to banned list in January 2016, then the case is expected to be handed on the Court of Arbitration for Sport (CAS) Anti-Doping division later today to begin a sanctioning process.

It is understood by insidethegames that Krushelnitckii has told Russian officials how he fears someone at the training camp in Japan spiked his drink with meldonium before he travelled to South Korea.

This claim is being investigated, but insidethegames has also learned that the IOC are likely to take a dim view of such an explanation given previous denials and that it may be in Russia's interest to apologise rather than challenge the verdict.

Their reaction and contrition if the case is confirmed is likely to heavily influence the decision of the three-strong panel, chaired by Aruba's IOC Executive Board member Nicole Hoevertsz and also consisting of Slovakia's IOC Athletes' Commission vice-chair Danka Bartekova and the IOC director general Christophe de Kepper.

Russian athletes are participating at the Winter Olympic Games as part of a neutral OAR team as part of a sanction for the "systemic manipulation" of the anti-doping system at Sochi 2014.

Another requirement was to pay a $15 million (£11 million/€13 million) fine to fund the anti-doping effort.

This has not yet happened and the IOC and OAR delegation head Stanislav Pozdnyakov have each indicated that it must be paid by the Closing Ceremony for there to be any chance of the suspension being lifted there.

The conduct of athletes during the Games is also being considered.

There have not been any major incidents causing problems here except for the doping violation.

The repeated claims of Russian officials, though, including Foreign Minister Sergei Lavrov that the United States and other parts of the Anglo-Saxon world is masterminding the scandal for political reasons is not helping.

There are also fears that bodies linked to Russia may have been responsible for a cyber-attack shortly before the Opening Ceremony here, although this has not been officially confirmed.

IOC spokesperson Mark Adams faced repeated questions about the curling case today but refused to speculate on how it would impact the Closing Ceremony decision.

"If [the failure is] confirmed, this will be taken into account along with many, many other factors by Nicole Hoevertsz and the Implementation Group which will report to the Executive Board on February 24," he said.

"So they will take that into account, but there are several 'ifs' along the way before we get there."

There appears to be no chance of the Russian sanction being increased as a response to the possible doping violation.

Adams also defended the pre-competition drug testing process which has taken place over the last year in a collaboration between groups including the IOC, International Federations, and National Anti-Doping Organisations (NADOs) in an attempt to stamp-out doping at these Games.

"I think we went through a very rigorous programme with key NADOs including the United States Anti-Doping Agency (USADA), [and] Canadians as well," the Briton added.

"There was a sense from the IOC that we wanted individual athletes, if they could prove they were clean, to have a chance to participate at the Olympic Games.

"I think we would very much stick by that decision that athletes should not be judged as a group.

"I think the most important thing is, if you are asking about have they been properly tested and so on, is to go back to the NADOs who did the testing - in Anti-Doping Denmark, Canadian Centre for Ethics in Sport, Japan Anti-Doping Agency, UK Anti-Doping and USADA - who oversaw the pre-competition testing.

"They are the people who know their stuff and who did the testing."