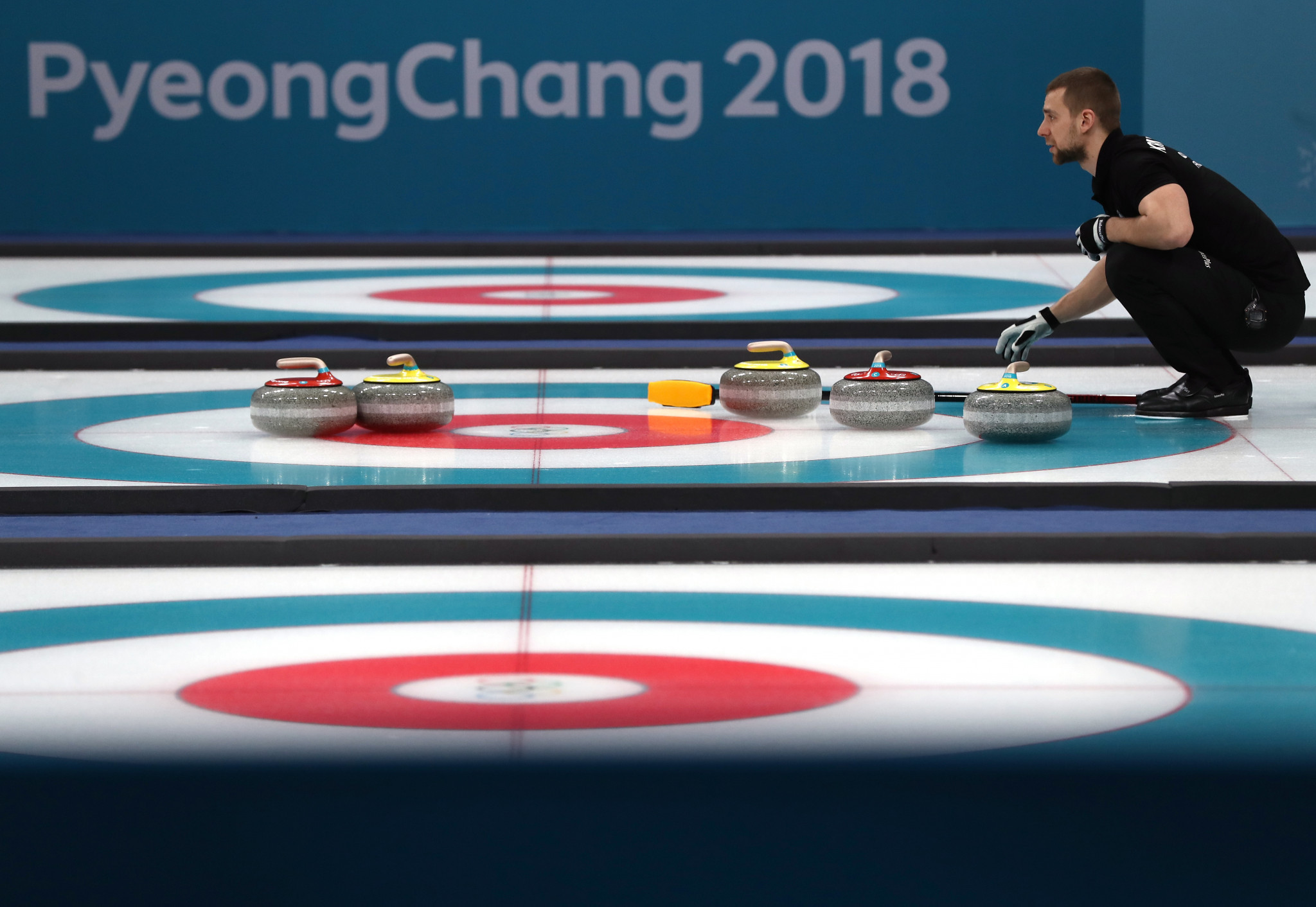 Olympic Athletes from Russia (OAR) curler Aleksandr Krushelnitckii has been officially confirmed as having submitted A and B samples which tested positive for meldonium after winning a bronze medal in the mixed doubles event here.

The result means that he and his wife Anastasia Bryzgalova are set to be stripped of the medal, which should be awarded to Norway instead.

In a statement, the OAR team expressed "sincere regret" over the incident, but have questioned how the banned substance was found in his body and have revealed that it is investigating for a possible criminal act.

It is likely that the confirmation of a positive drugs test involving an OAR athlete will influence the International Olympic Committee (IOC) Executive Board when they decide on Saturday (February 24) whether to allow Russian athletes to participate under their own flag at the Closing Ceremony the following day.

Krushelnitckii has apologised for the "problems" they have faced but insisted he has "never, never...used forbidden drugs,

A Court of Arbitration for Sport (CAS) anti-doping hearing into the case is now expected to take place on Thursday (February 22) after being delayed for the arrival of the Russian legal team from Switzerland.

"Yesterday, February 19, the doping-test B sample of Aleksandr Krushelnitckii – one of the OAR delegation members - was opened and analysed in accordance with the established procedure," an OAR statement said.

"The sample turned out to be positive and the analysis results proved presence of a prohibited substance.

"We express our sincere regret over the fact of the incident.

"At the same time, the circumstances of the case, do not provide any answers to the questions as to how and when meldonium could have gotten into the athlete's body, considering that the doping-test sample, collected from him on January 22, as well as all the previous tests, were negative."

insidethegames has been told that Krushelnitckii was also drugs tested after the OAR were beaten in the semi-final against Switzerland on Feburary 12.

That has also returned a positive result for meldonium.

The two positive results will, however, be treated as one case.

The OAR statement claimed that meldonium must be taken on a regular basis to have a performance-enhancing impact.

"According to the unbiased results of laboratory analysis of Alexander Krushelnitsky's samples, detected concentration of the substance can be indicative of taking it once, which is not applied in medical practice and is absolutely useless and ineffective in the context of enhancing physical performance or sports results," they said.

"No evidence of the systematic usage of meldonium is available in this particular case.

"Therefore, the ROC [Russian Olympic Committee] has initiated a comprehensive investigation of the circumstances which also includes the criminal investigation under the RF [Russian Federation] criminal law to establish the facts of the case in detail."

insidethegames had revealed on Sunday (February 18), immediately following news that Krushelnitckii had tested positive, he had told Russian officials he feared his drink had been spiked with meldonium during a training camp in Japan.

Before his two positive tests at Pyeongchang 2018, he had been drugs tested eight times stretching back to October 12 in 2015.

Half of those tests had been conducted between October 17 last year and January 22.

All those tests had been negative.

The OAR statement also hailed the supposedly "great efforts" taken in Russia recently in close cooperation with the WADA and the IOC to create a "fundamentally new anti-doping system".

"Our athletes provide doping samples on a regular basis and much more often than athletes from other countries," they added.

"Under these circumstances, positive samples, like in this case, are of an outstanding, individual nature.

"We fully share and support the WADA and the IOC’s zero tolerance attitude to doping and take all the required measures so that the offenders bear the utmost responsibility for that.

"That’s why we are committed to carry out the aforementioned investigation and to find the actual reasons of this doping case."

Krushelnitckii and Bryzgalova were the first OAR athletes to compete as mixed doubles curling took place before the Opening Ceremony.

"First of all, I want to apologise to my partners on the Olympic team, our delegation and all the fans for not being able to protect ourselves and Nastya from the problems that we faced today," Krushelnitckii said in a statement, sent to insidethegames.

"I'm very sorry that the historical victory of Russian curling has now become the subject of a doping scandal, which is doing immense harm to our sport and to all Russian sports in general.

"At the same time, I am ready to openly state that I have never, never during the time that I practice sport, used forbidden drugs and any other dishonest ways of competing.

"I am absolutely against doping and I have always tried to follow all anti-doping rules as closely as possible.

"My positive test for meldonium in this regard was for me and for Nastia not just a shock.

"This is a huge blow both to our reputation and career.

"Not to mention that only completely devoid of common sense people can use any kind of doping, and even more so meldonium, on the eve of the Olympic Games, where testing is at the highest level.

"That's why I, like no one else, am interested in conducting an early investigation to find out the reasons of what happened."