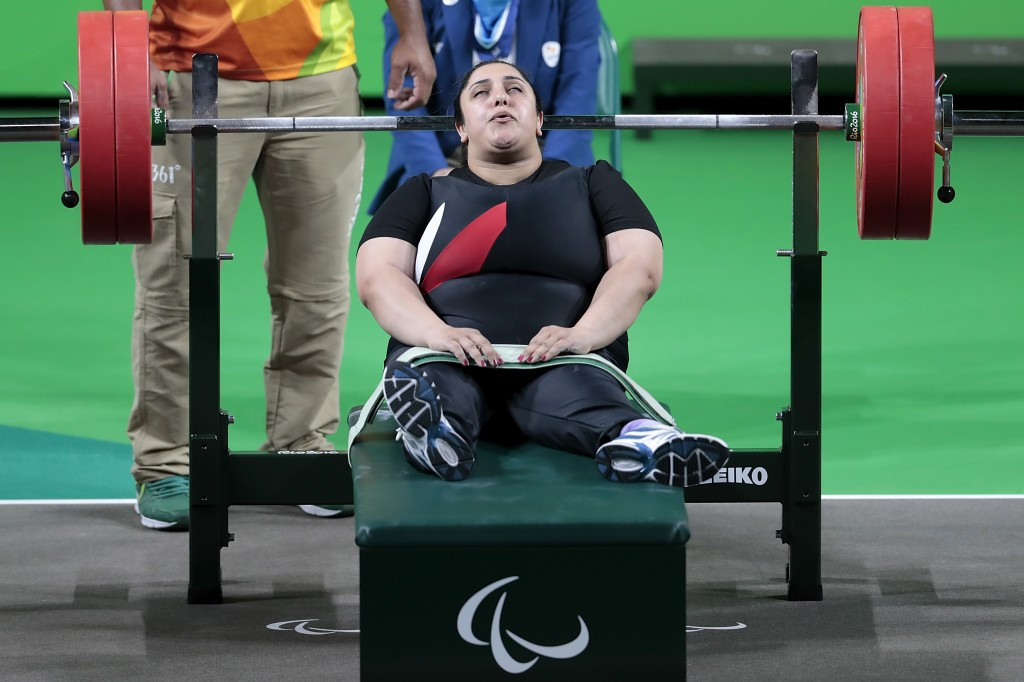 The African nation were looking to continue their success after winning three events yesterday at the Hotel Eger and Park.

Nadia Ali and Randa Mahmoud were responsible for further gold medals today, with the duo winning the women's under and over-68 kilogram events respectively.

Ali would have to hold off the challenge of her compatriot Rania Ali Morshedi in the under-86kg event, with the Paralympic bronze medallist triumphing with an effort of 117kg.

Morshedi would secure silver on 111kg, while Brazil's Marcia Menezes completed the podium with a 105kg lift.

The second Egyptian gold came when Mahmoud achieved a third round lift of 130kg in the over-86kg event, with South Korea's Hyun Jung Lee and Brazil's Tayana Medeiros ending adrift on 111kg and 102kg respectively.

The host nation would be denied gold in the women's under-79kg event, as Hungary's Barbara Nebehaj settled for second by lifting 35kg.

She would end some way adrift of the winner Marion Serrano, with the Chilean lifting 93kg.

Iraq's Faris Al-Ageeli claimed victory in the men's over-107kg event by achieving a lift of 215kg at the second attempt.

His effort would push home favourite Sandor Sas into second place, with the Hungarian ending on 205kg.

The final event saw Azerbaijan's Elshan Huseynov prevail with a lift of 225kg in the men's under-107kg classification.

Serbia's Petar Milenkovic took silver on 220kg, with Mexico's Jose Castillo finishing third on the same total due to a higher bodyweight.