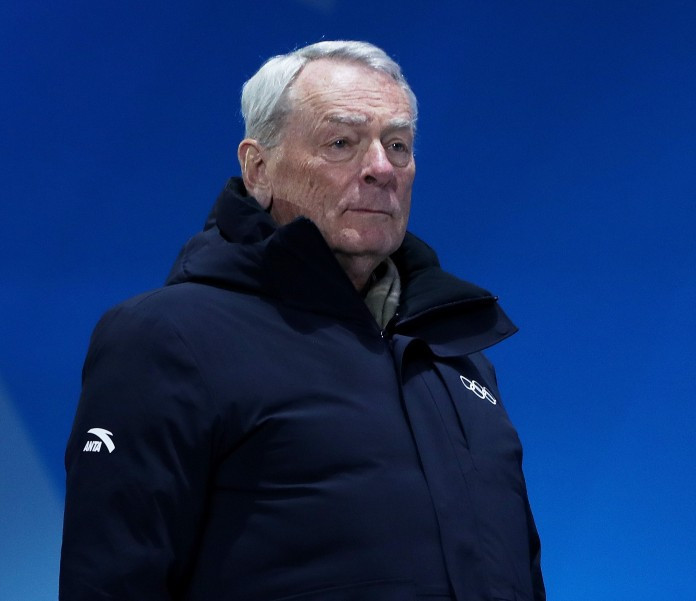 Richard Pound has been told by John Coates he does not deserve to be recognised as the doyen of the International Olympic Committee (IOC) following his latest interview where he criticises the organisation's controversial stance on Russia.

The 75-year-old Pound, a member of the IOC since 1978 and its longest serving member, has been a consistent critic of the IOC and its President Thomas Bach over the possibility that Russia may be allowed to march under its own flag at the Closing Ceremony of the Winter Olympic Games here on Sunday (February 25).

A headline in the London Evening Standard quoted him as saying that "only athletes can scare IOC old farts into beating cheats", before a subheading claimed that IOC President Thomas Bach is "sending a bad message by rolling over".

The response of Coates, a close ally of Bach who defeated Pound in an election to become President of the Court of Arbitration for Sport (CAS) in 2010, can be taken as a reflection of views held by the IOC leadership.

It marks an escalation of tensions that have long been simmering behind the scenes and, on occasions, in the public domain.

"It is unclear to me whether the first of these headlines...from yesterday's London Evening Standard is focused on the IOC Executive Board or all of us IOC members, but either way, it is offensive," Coates writes to Pound in a letter copied to all IOC members and obtained exclusively by insidethegames.

"When we discussed anti-doping and the Russian situation on the first morning of the Session here in Pyeongchang there was unanimous support for the EB's action (with you and one other member abstaining) and, in particular, establishment of an Invitation Review Panel, strong pre-Games testing program [sic] concentrating on the Russian athletes: and appointment of the Olympic Athlete from Russia (OAR) Implementation Group which is to report to the EB at the end of these Games.

"In the meantime, we know from an announcement by the OAR delegation that they have been notified of an alleged adverse analytical finding involving one of their athletes, which will be considered by the CAS Anti-Doping Division here at the Games.

"You are reported in the second of these articles as being cynical whether any Russian indiscretion will force a change in the IOC decision on whether to allow the Russian contingent to march under their own flag at Sunday's Closing Ceremony.

"But to be fair, you do not know what the EB will decide and, in the meantime, describing them, or all of us, as 'IOC old farts' is plainly disrespectful and not in the interests of the IOC.

"While you are and remain our doyen by length of IOC membership it was my observation following the intervention of our colleague Gerardo Werthein about you at the Session here in Pyeongchang that you do not enjoy the respect normally afforded to the holder of this position.

This marks the latest tensions between Pound, a former IOC vice-president, and his colleagues after an exchange with Argentinian member Werthein at the IOC Session here earlier this month.

Werthein, who, like Coates, is considered a close ally of the IOC leadership and who often speaks on their behalf, accused Pound of believing "what is right is what he agrees with" and of using press statements to "create doubt and discredit work being done".

Pound dismissed this as an "extraordinary attack" and claimed he was not being "disrespectful" by raising different opinions from the "all-powerful Executive Board" but merely speaking-out because his private concerns had not been listened to.

The Canadian's promise that he would skip the Closing Ceremony in protest at the Russian decision was then dismissed as "clairvoyant" by IOC spokesperson Mark Adams because he had already told the IOC travel department in October that he planned to return home on Friday (February 23).

The IOC Executive Board decision on Russia, which led to the creation of the neutral Olympic Athletes of Russia team until, at the earliest, the Closing Ceremony, was only made two months later in December.

Pound, though, hit back by claiming that the IOC approach to criticism over Russia is to shoot the messenger and vowing that he would have considered extending his stay.

He has not yet responded today when contacted by insidethegames.