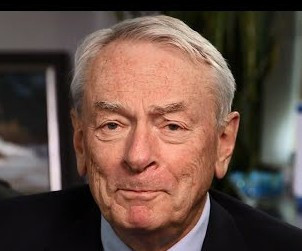 International Olympic Committee (IOC) member Richard Pound has called for a "forensic review" into responses to the entire Russian doping crisis to work out "how we got into the mess we are in now".

Pound, speaking after the Court of Arbitration for Sport (CAS) last week overturned 28 out of 39 suspension imposed by the IOC against Russian athletes for alleged doping at Sochi 2014, has also urged athletes to be more vocal in criticising administrators for not backing up their supportive anti-doping words with firm action.

The veteran Canadian official and former World Anti-Doping Agency (WADA) President was reluctant to criticise the CAS decision until the full decision is published.

Pound, though, expressed concern that the Lausanne-based body had disregarded 40 years of legal precedent in anti-doping cases by insisting on absolute "proof" rather than a "beyond reasonable doubt" conclusion.

It is believed that the CAS panel did not consider much of the evidence prepared the IOC, including testimony from former Moscow Laboratory director Grigory Rodchenkov, as strong enough to prove culpability.

"At the moment, it is a little bit like wrestling with a bowl of jello," Pound told insidethegames.

"It is hard until we see the reasons for the decision…to see what they believed and did not believe, it seems like Rodchenkov may have confused some facts.

"But the facts were verified by Richard McLaren’s [WADA-commissioned] investigation and then by Schmid and Oswald [commissioned by the IOC] and there is not a shadow of a doubt in my mind that it is all correct.

"If it is the case that CAS insisted on absolute proof then the entire anti-doping movement is critically wounded.

"We have 40 years of standards of proof and it has never been about a criminal burden of proof, in other words 'beyond a reasonable doubt' application.

"We may have to consider amending the WADA Code to avoid these vagaries in interpretation from different CAS panels."

"A key question should be how can we avoid CAS panels from getting the bit between their teeth and unilaterally changing burdens of proof?"

Pound believes that the IOC would have grounds to appeal in Swiss Civil Courts "if the CAS panel has exceeded its authority, if it turns out the process is unfair or if CAS has acted beyond its jurisdiction".

"I support a thorough evaluation to assess if this is the case," he added.

"When an appeal is filed, CAS should be looking for additional facts that the appellant wishes to produce and uncontested evidence should be taken as fact.

"It is needlessly expensive to do the same job twice, it is CAS’ job to look for new evidence and issues arising from the initial process."

He also singled-out the IOC for criticism in their handling of the crisis, calling on them to clarify certain issues, including whether they were satisfied with the choice of arbitrators for the CAS hearings.

One, Austria's Michael Geistlinger, spent 16 years at the International Biathlon Union, including in the position of secretary general between 2004 and 2008.

He had publicly criticised the "hearsay" McLaren Report beforehand and defended Russia's "accession" of Crimea in 2014.

"You’ve got litigation strategies to bear in mind and if you have somebody on a panel who is making political statements, there are grounds that can be invoked, this is something they will have to explain," Pound said.

"Another issue is that, the IOC having said how ‘win, lose or draw, we will not let these athletes compete’, why were the hearings so last minute?

"This made it very difficult to focus on each individual case.

"They [the IOC] had lots of time to get the house in order but they left it to the last minute."

Pound added: "If I were asked for advice by the IOC, I would say that the cases do not have to be heard right before the Games in a mass trial because the details are really important.

"There can be very subtle inferences to draw in each case and this cannot be rushed, so to wait until December, even at IOC level, put too much pressure on the system.

"This was like applying a coat of paint by slapping it on with a flat brush.

"We need a forensic exam of how we got into this mess in the first place.

"Why did the IOC have to redo [through their Schmid investigation] the work done by Richard McLaren, at the loss of 18 months?"

Pound expressed hope that all these issues will be discussed at the IOC Session starting here on Tuesday (February 5) as there "has been no input from anybody except the Executive Board talking to themselves".

Pound answered "I don't know" when asked if he believed the IOC could have deliberately set-up their cases to fail, as some have suggested.

He added: "But, if it is ever proved to be true, it will be devastating for the IOC and Olympic Movement and a severe body blow for the anti-doping movement.

"How could you possibly convince athletes of sport’s commitment to anti-doping?"

Pound added: "Athletes’ should come out and say ‘every time someone in sports administration opens their mouth to talk about protecting clean athletes, we don’t think that is persuasive anymore'.

"I hope athletes groups around the world will stand up and call for more meaningful action.

"I think the champagne and caviar has broken open in Russia.

"It is a complete win in their eyes.

"It proved that an aggressive ‘deny, deny, deny’ approach can work and the IOC have not been nimble or creative enough to anticipate the strategies and impact, and avoid the mess we are in now.

"When all is said and done, more is said than done, so we as administrators need to convert talk into meaningful action."

Pound has already told CBC that he found aspects of the IOC decision on Russian participation here "deeply troubling" and warned he would not attend the Closing Ceremony if Russia, as expected, are granted permission to march under their own flag.