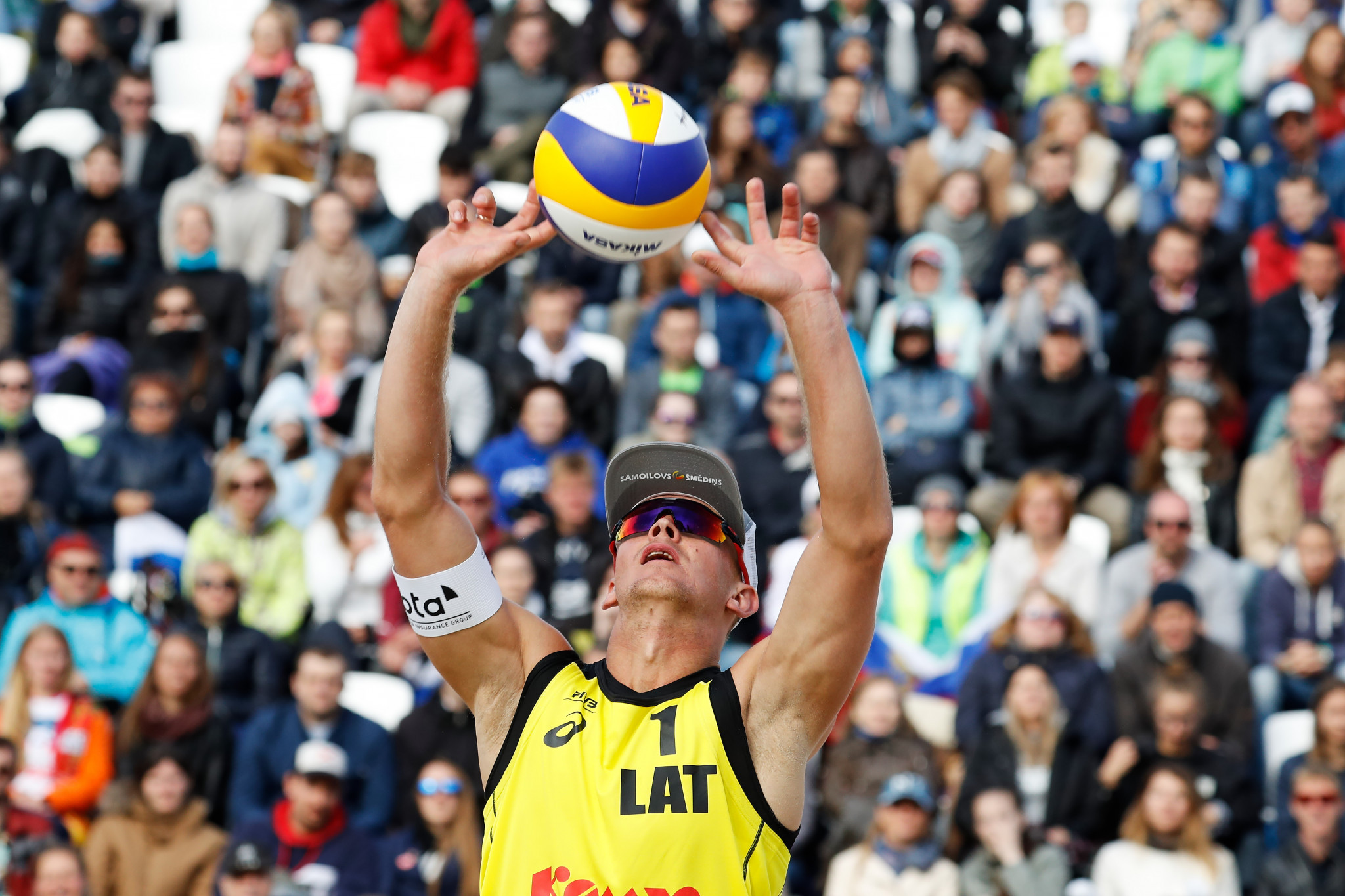 Kish Island in Iran will again host a leg of the International Volleyball Federation Beach World Tour from tomorrow, with Olympic bronze medallist Martins Plavins of Latvia among the entries.

Plavins, who was third at London 2012 alongside Janis Smedins, will compete with new partner Edgars Tocs at the three-star event.

The pair won the Dela Beach Open in The Hague last month and will be looking for more success on the Persian Gulf.

They will be the stand-out pair in the competition as Russian defending champions Viacheslav Krasilnikov and Nikita Liamin are not back to reclaim their title.

This will see eight teams advance into the 32-team main draw.

The medal matches are scheduled for Saturday (February 24).

The tournament is not without controversy, however, as it remains male-only.

A law restricting female access was introduced at volleyball matches in Iran in 2012 as an extension of a similar ban in football.

The law generated worldwide condemnation in 2014 following the arrest of British-Iranian woman Ghoncheh Ghavami, for attending a World League match.

Organisers have insisted that female fans did attend previous editions of the tournament in Kish Island, however.

The competition is the last on the calendar before the Fort Lauderdale Major in the United States, which begins on February 27.