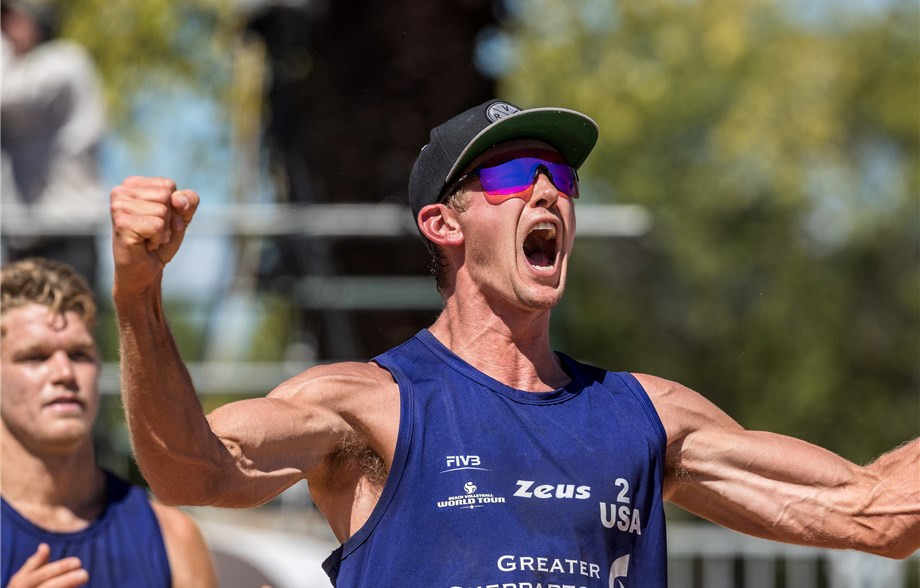 Frishman, making his first-ever tour appearance at the one-star event, and Drost were dominant from the start in both sets in their 2-0 win against Australia's top seeds Christopher McHugh and Damien Schumann, racing into five and four-point leads, respectively, in each of them before eventually winning by a relatively comfortable 21-17, 21-15 scoreline.

After his side’s win, Drost said: "McHugh and Schumann are an incredible team.

"They play one of the most fun styles of volleyball.

"It was our privilege to play against them in Australia and I am thrilled about our performance.

"I am really humbled by this moment, and to be doing it with this partner whom I have come to love as a brother is so wonderful."

Frishman and Drost dropped just one set in their seven matches at the one-start tournament.

Amanda Dowdy and Irene Pollock won the women's title in an all-American final against Jace Pardon and Caitlin Ledoux.

Dowdy and Pollock won the first set 21-17 and were 4-0 up in the second before their opponents staged an excellent fightback to tie the game with a 21-18 win.

The third, and deciding, set was incredibly tense and the match could have gone either way with both teams inseparable at 12 points each at one stage.

Dowdy and Pollock then scored three straight points to take the set 15-12, handing them the title with a 2-1 overall match win.

Following their victory, Dowdy and Pollock said: "They are such a good team with great ball control, so we are happy to pull that one out.

"Ball handling errors on our part cost us that second set, but we brought it back together for the third and we are really proud of the way we finished,"

The duo also commented on the venue for the tournament.

"Shepparton has been amazing," they said.

"On our first day here we went out to the woods and we saw kangaroos, so we thought that was our good luck charm right there.

"Shepparton did a great job with bringing in the community and it was just a great atmosphere."

Italy's Marta Menegatti, a two-time Olympian, and Laura Giombini recorded a 23-21, 21-15 win over Shaunna Marie Polley and Kelsie Wills of New Zealand to secure the bronze medal as the competition concluded.

The next FIVB Beach Volleyball World Tour event is due to be a men's-only competition on Kish Island, part of Iran.