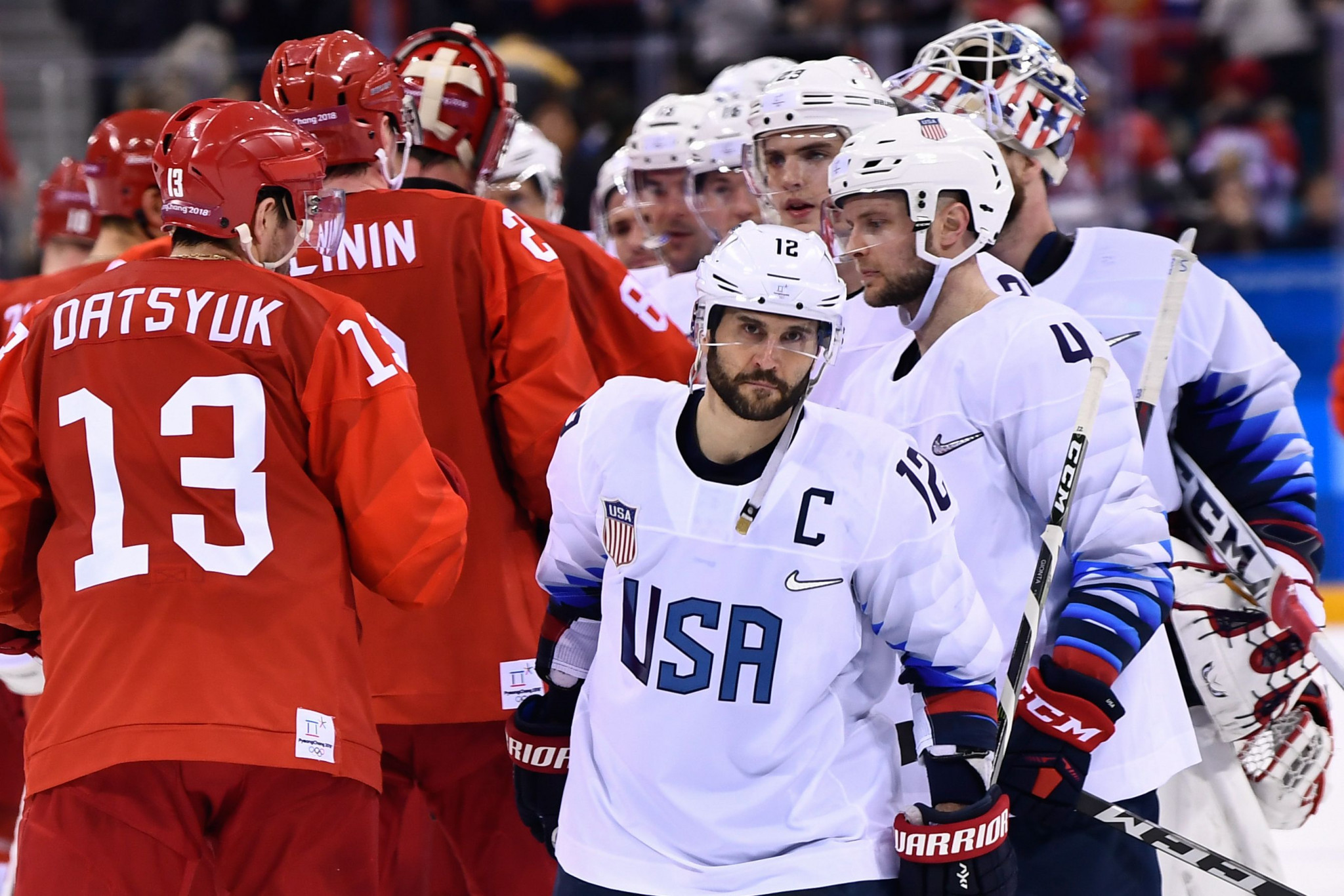 Head coaches of the Olympic Athletes from Russia (OAR) and United States ice hockey teams did not shake hands following the former's 4-0 victory after the encounter ended with a dispute.

American coach Tony Granato took offence at how Russian counterpart Oleg Znarok opted to send his strongest players onto the ice for a power play at the close of the game, despite the winning margin having already been secured at the Gangneung Hockey Centre.

The OAR, however, can justifiably claim that they were seeking to ensure the winning margin remained because points difference can impact their quarter-final seeding.

The match had taken on extra poignancy because of political tensions between the two countries.

Russian Foreign Minister Sergei Lavrov and other have even said attempted to blame the United States for supposedly masterminding the doping scandal which had led to athletes from the world's largest country being made to compete neutrally here.

The country has been desperate for revenge ever since.

The US team here consists of minor league and European-based players after the National Hockey League (NHL) opted not to compete for the first time since their inaugural appearance at Nagano 1998.

Russia's team includes ex-NHL players such as Ilya Kovalchuk, who scored twice for Russia, as well as those from the Kontinental Hockey League.

"It did not seem that the Americans were playing dirty today, it was [ice] hockey, they played as they always do, in the body," Kovalchuk told TASS, Russia's official state news agency, afterwards.

"Nothing, we were ready for this, they did not give us a run."