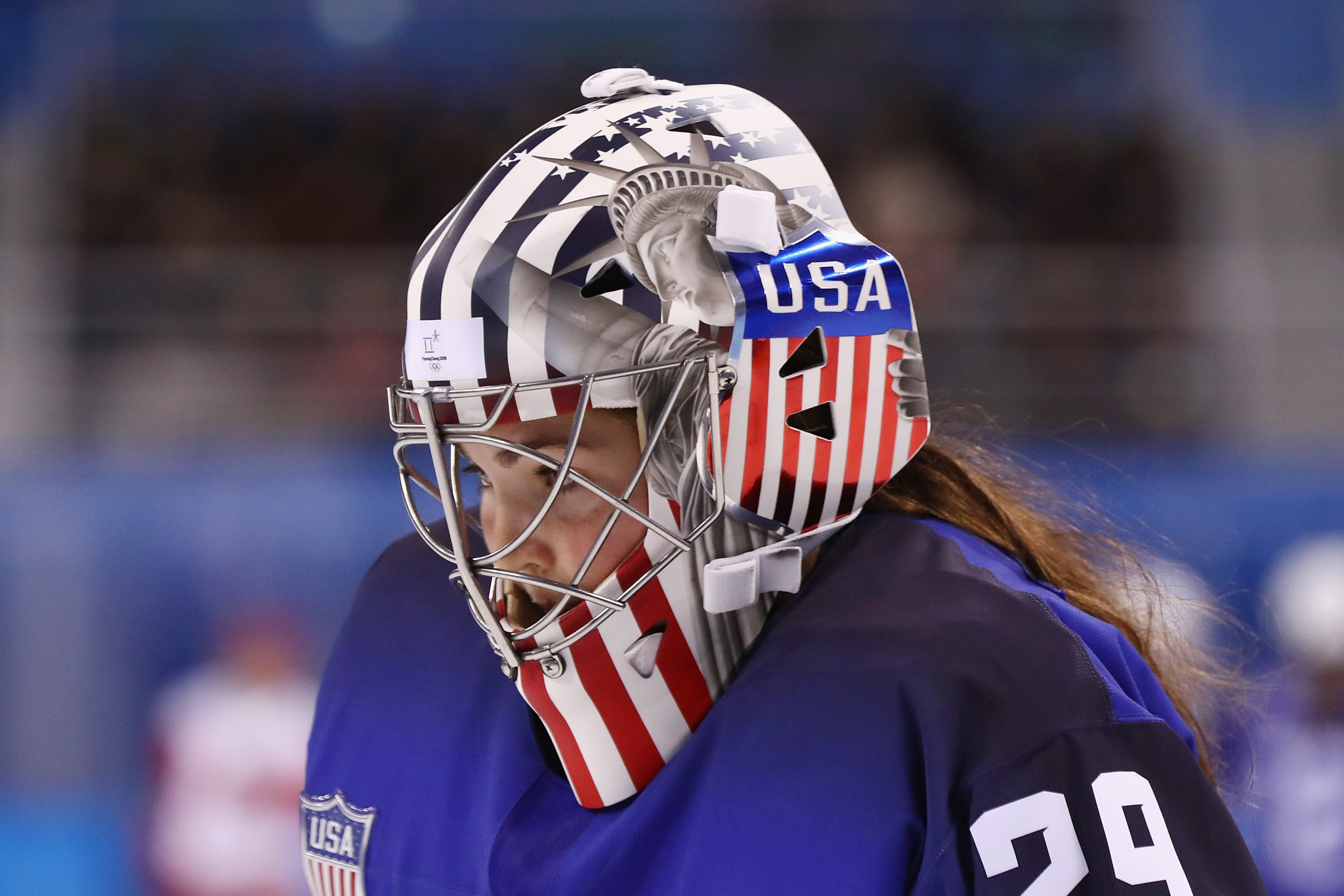 American ice hockey goaltender Nicole Hensley was allowed to wear a helmet depicting the Statue of Liberty after the International Olympic Committee (IOC) denied claims they had forced the team to remove the logo for violating rules on political symbols.

Reports had suggested the IOC had demanded that Hensley and Alex Rigsby, another goalie on the United States squad, wear alternative helmets as they were in breach of Olympic Games regulations.

IOC rules state the that "no item may feature the wording or lyrics from national anthems, motivational words, public/political messaging or slogans related to national identity".

In a statement, the IOC said there had been a "misunderstanding" and that the Statue did not contravene their regulations.

It was reported the IOC had been in discussions with USA Hockey regarding the logo today.

"There seems to have been a misunderstanding, we have not asked for the symbol to be removed," an IOC spokesperson said.

USA Hockey spokeswoman Andrea Mazzarelli claimed the mask had been "approved"and the current design would not need any modification.

Hensley was seen wearing it during the Group A match against the Olympic Athletes from Russia today.

Rigsby was not selected to start the clash with the OAR.

Neither Hensley nor Rigsby had taken part in the United States' opener against Finland on Sunday (February 11).

Maddie Rooney started the game against Finland and her helmet did not show any reference to the statute, located in New York City and one of the most famous landmarks in the world.

Last week, the IOC ruled Canadian-born South Korean men's goaltender Matt Dalton must remove an image of an admiral from his mask for Pyeongchang 2018.

Dalton had been wearing the national flag of his adopted country at the back of his mask and on the left side of an image of Admiral Yi Sun-shin, a legendary Korean naval commander from the 16th century best known for a victory over Japan in 1597.

A similar incident occured at the 2010 Games in Vancouver, where Ryan Miller, the American men's goaltender, was asked to cover up an "It's Miller Time" logo on his mask in reference to an advertising campaign for the popular beer.

The IOC regularly impose the rule in the Olympic Charter about athletes using their uniforms to make statements, including in Sochi four years ago.

Then there were protests in Norway and Sweden after the IOC complained when four Norwegian skiers wore black mourning bands in honour of team-mate Astrid Uhrenholdt Jacobsen's brother, who had died unexpectedly on the opening day of the Olympics.

Also at Sochi 2014, Ukrainian athletes asked for and were refused permission by the IOC to wear black arm bands to honour those killed in the violent clashes in Kyiv the previous day.