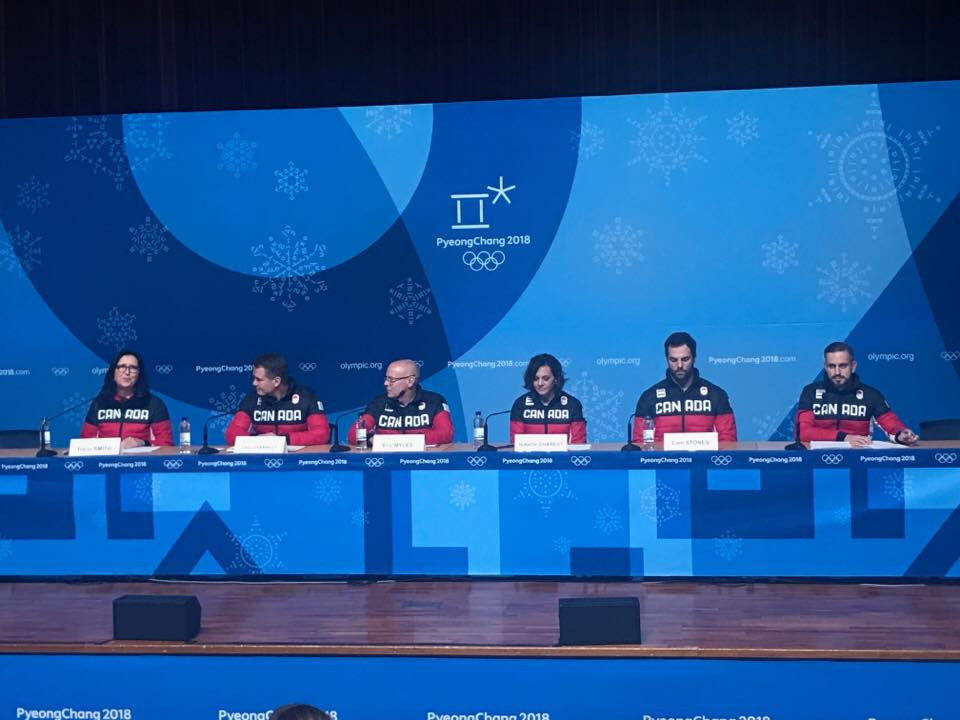 A memo has been sent to all members of Canada's Olympic delegation to warn them about their conduct during Pyeongchang 2018 following a verbal exchange between one individual and a Russian athlete.

A partial apology has also been issued by the Canadian team to the Olympic Athletes from Russia (OAR) for an incident that allegedly occurred in a cafeteria following a National Olympic Committees briefing here on Monday (February 5).

The Canadian Olympic Committee (COC) claim not to know exactly what was said, nor whether the incident involved an athlete, coach or support personnel.

"It's an incident, a cafeteria discussion that happened earlier in the week," COC executive director of sport Eric Myles said.

"This morning we had an opportunity to have a discussion between the two organisations and everything is okay.

"We said 'Hey, if something happened, we're sorry.'"

Tensions have been intensifying here as the Court of Arbitration for Sport (CAS) prepare to deliver verdicts tomorrow morning against 45 athletes and two coaches still hoping to appear at Pyeongchang 2018 despite being accused of doping.

"It's an emotional time," Myles added.

"There's a lot of action going on internationally.

"When we heard about this situation - honestly it's not clear - I don't know if it was a coach, athlete, was it really a Canadian?"

Myles revealed a memo was sent to the entire delegation to tell them they "don't want to get in those situations".

Myles added: "We were informed of that situation earlier in the week and we did send a note to the team, without having the full information, on the importance to focus on what was going on in terms of competition and preparing the team, and not get into those situations, and this morning there was a discussion between the two organisations and we're moving forward right now."

Canadian International Olympic Committee member Richard Pound criticised claims at the IOC Session earlier this week that a "large proportion of the world believes the IOC has failed and let down clean athletes" by not adopting a swifter and more severe punishment.

IOC President Thomas Bach responded by claiming a Canadian athlete had thanked him for the way the IOC responded to the crisis during his visit to the Athletes' Village the previous day.

The IOC nor the COC have not been able to confirm the name of the athlete.