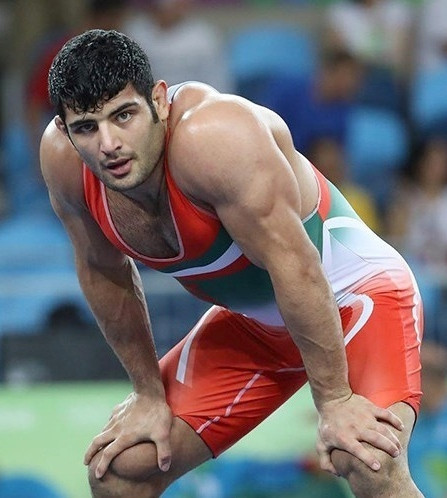 Iranian wrestler Alireza Karimi has been banned for six months for deliberately losing a bout to avoid facing an Israeli opponent.

United World Wrestling (UWW) has confirmed the sanction and also handed a two year penalty to his coach Hamidreza Jamshidi.

An investigation was launched in December after it was alleged that Karimi had lost the quarter final of his under-86 kilograms freestyle contest at the 2017 Under-23 World Championships in Bydgoszcz on purpose.

He was beaten by Russian Alikhan Zhabrayilov, who went on to win the gold medal in the Polish city, 14-3 on November 23.

Had Karimi won, he would have faced Israel's Uri Kalashnikov in the semi-finals.

It has been ruled that Jamshidi instructed his wrestler, a two-time Asian champion and a Senior World Championship bronze medallist, to lose.

"The chamber found that Karimachiani, on instruction of his coach Jamshidi, willfully lost his quarter finals match against Alikhan Zhabrayilov," a UWW statement said.

"Both wrestler and coach were found to have acted in direct violation of the International Wrestling Rules and the UWW Disciplinary Regulations."

Iran and Israel do not have diplomatic relations with the countries seen as bitter enemies.

Karimi was thanked by his country's Government for his actions, which claimed he had performed a "noble and heroic action".

He was also labelled as a "source of pride and praise".

He told the Iranian Students News Agency that he was leading the match 3-2 when his coach told him he should deliberately lose.

"In a moment, my whole world seemed to come to an end," he claimed.

"I tried hard for months to get the world gold medal.

"Achieving a world medal is the only happiness for any of us."

It is not the first sporting controversy involving Israel and Arab countries with which it has no diplomatic relations.

At the International Judo Federation Grand Slam in Abu Dhabi in October, the country was banned from using its own flag and symbols in the United Arab Emirates city.

Israel also withdrew from the 2015 World Youth Sailing Championships in Malaysia due to a similar row.