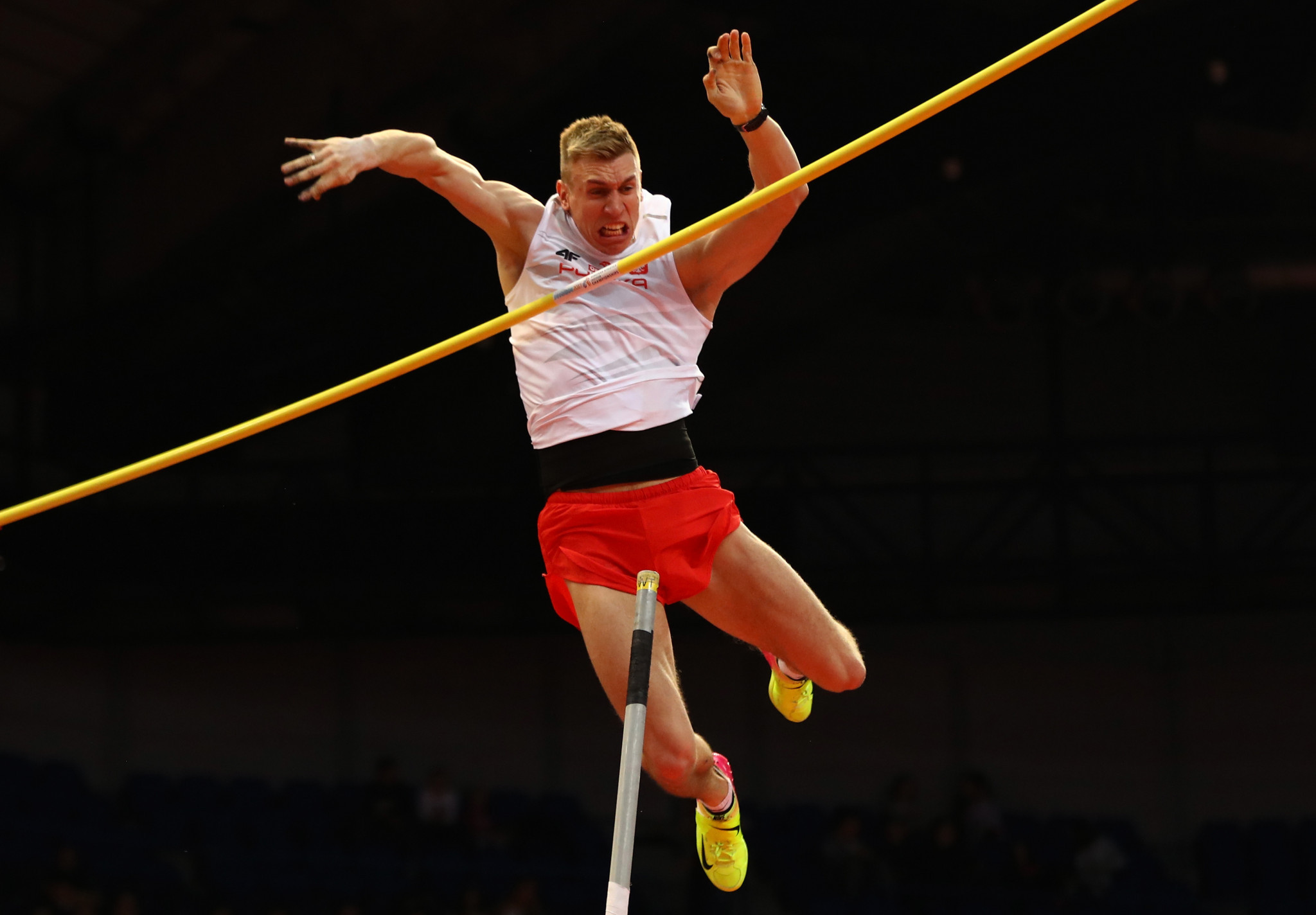 The 2017 European indoor champion recorded a fantastic jump of 5.91 metres on home soil to finish top of the podium, 0.21m ahead of nearest rival Shawnacy Barber of Canada.

Alexis Copello, who competes for Azerbaijan, was hoping to snatch the title from the Portuguese athlete's grasp but his 16.89m jump meant he could only claim silver.

Instead, it was Cuba's Cristian Napoles who secured gold in today's competition, beating his rival by just 0.01m.

Poland's Poland's Konrad Bukowiecki pleased the home crowd in the men's shot put as he secured the gold medal with a mark of 22.00.

Tomáš Staněk of the Czech Republic, who had already clinched the overall shot put crown before today, came second with a distance of 21.83 with Michal Haratyk, another home athlete, completing the podium line-up with a mark of 21.12.

There was more glory for home athletes on the running track as three-time European indoor champion Adam Kszczot secured the overall men's 800m title with an event to spare after coming out on top in today's race with a time of 1min 46.75sec.

Kenya's Nicholas Kiplangat Kipkoech and Sweden's Andreas Kramer finished in the silver and bronze medal positions with times of 1:47.22 and 1:47.36 respectively.

Today's women's 800m title was also taken by a Polish athlete thanks to Angelika Cichocka's time of 2:00.76.

Elsewhere on the track, Morocco's Rababe Arafi, a three-time African Championships medallist, claimed the women's 1,500m title in a time of 4:04.76.

Meraf Bahta finished in the silver medal position with a time of 4:04.89 whilst Hellen Obiri of Kenya experienced success in her first indoor competition since 2014, claiming bronze in 4:05.04.

He saw off competition from Marcin Lewandowski of Poland and Jakub Holusa of the Czech Republic, who recorded times of 3:37.67 and 3:37.91 respectively.

Russia's 2015 World Championships gold medallist Maria Lasitskene, who is competing as an authorised neutral athlete, continued her impressive form in the high jump to round off the day thanks to her gold medal-winning leap of 2.00m.

Ukraine’s Yuliya Levchenko claimed silver with a 1.95m effort with Erika Kinsey of Sweden a further 0.05m behind in bronze.

The athletes will now travel to Glasgow for the final stop of the IAAF World Indoor Tour on February 25.