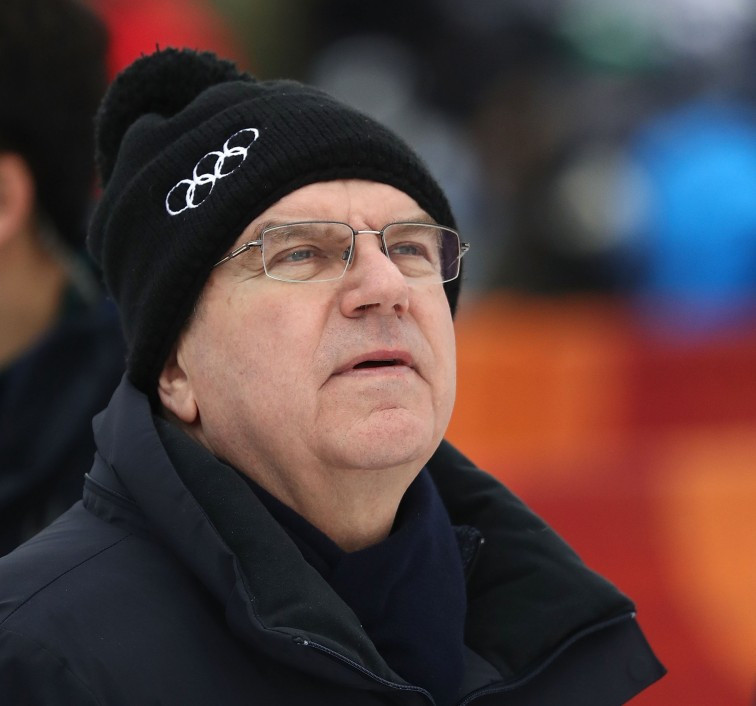 A Russian bobsledder has claimed that International Olympic Committee (IOC) President Thomas Bach told him that he understood the country is "meeting all requirements" for their suspension to be lifted before the Closing Ceremony of Pyeongchang 2018.

The IOC have now confirmed that Bach did make the comments in general remarks where he also said that there are many elements which the responsible panel will have to take into consideration.

Maxim Andrianov, due to compete in two-man and four-men Olympic Athletes from Russia (OAR) teams next week, told TASS, Russia's official state news agency, that the German had said that they had no concerns.

"Bach told us that the IOC had no critical remarks to make on the way the Olympic Athletes from Russia are abiding by the rules," he reportedly said.

"He said that he was in constant contact with his subordinates and they are telling him that there are no claims whatsoever to the Russian athletes as they are meeting all requirements and everything is okay.

"The meeting consisted of two parts - Bach held a speech in the first part telling us why Russian athletes ended up in such situation and in the second part he offered an opportunity for each athlete to ask a question.

"Numerous questions followed and Bach tried to answer each of them.

"I think this meeting was equally important both for us and for him."

Russians are being made to compete under the OAR banner after the country's National Olympic Committee was suspended following the "systemic manipulation" of the anti-doping system at the 2014 Winter Olympic Games in Sochi.

This suspension can be lifted before the Closing Ceremony if they are ruled to have respected the "letter and spirit" of the IOC rules.

A panel chaired by Aruba's IOC Executive Board member Nicole Hoevertsz and also including IOC director general Christophe de Kepper is responsible for making this choice.

There are suspicions that Russia may have been behind a cyber-attack which affected IT systems here shortly before the Opening Ceremony on Friday (February 9).

There have been few other moments of obvious dissent so far from Russian athletes, although officials and politicians from the country are continuing to publicly criticise the conduct of the IOC.

Russian Foreign Minister Sergei Lavrov has even accused the United States this week of masterminding the doping scandal which led to the suspension because they "can't beat us fairly".

"As you know the President had a second meeting with the OAR athletes to hear what they had to say," said IOC Presidential spokesperson Mark Adams today.

"I think the President stressed that it is not up to him and it is not a Presidential decision but for the implementation panel that will look at how the team has conducted itself over two weeks, before coming to a recommendation.

"It's important athletes are kept in touch and it is good if the OAR athletes are able to voice any concerns."

When asked if Andrianov's comments were accurate, Adams added: "As you know I don't comment on speculation, or on what someone says that someone has said.

A spokesperson later clarified that Bach made "general remarks and said that he has not heard himself of any particular issues with the behavior of the delegation".

They added: "However, he also made clear that the OAR Implementation Group (IG) is responsible and that there are many elements which have to be taken into consideration and the OAR IG will come back to report to the Executive Board."