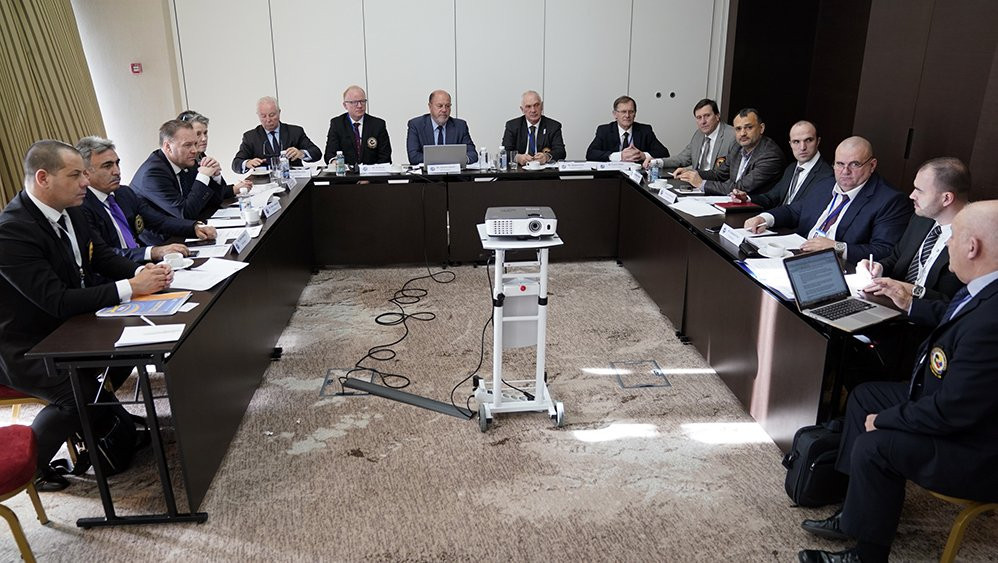 The Executive Committee of the European Karate Federation (EKF) met in Russian city Sochi to discuss ideas on how to continue the growth of the sport.

The meeting, led by EKF and World Karate Federation (WKF) President Antonio Espinós, was held at the Iceberg Palace venue alongside the 2018 EKF Cadet, Junior and Under-21 Championships.

According to the EKF, the meeting "reflected the commitment of the organisation to embrace forward-thinking initiatives to continue the progress of the modality in Europe" and "focused on the continued growth of the sport".

Espinós said his organisation was looking forward to the future.

"The EKF has embraced the future and we cannot wait for the future to happen," the Spaniard said.

"The highly-successful events at continental level such as these EKF Cadet, Junior and Under-21 Championships in Sochi are great exponents of the current defining moment of our sport.

"However, we must not be complacent, and we must continue working hard to keep moving forward.

"Meetings like today's help us set the course to a thrilling year."

The Executive Committee also revised reports from Commissions and agreed on a series of decisions, including the upcoming calendar of events.

Additionally, they appointed Croatian Karate Federation secretary Davor Cipek as technical director of the 2019 European Games, which will be held in the Belarussian capital Minsk.