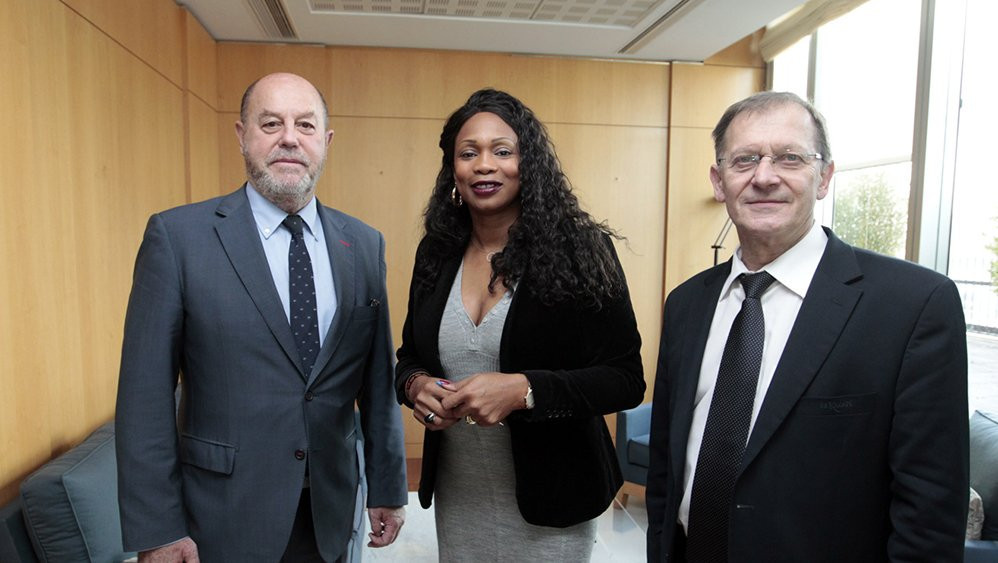 The two met at the French Sports Ministry in Paris to talk about the development of karate both in France and around the world.

French Karate Federation President Francis Didier was also in attendance with karate's Olympic debut at Tokyo 2020 one of the topics discussed.

The sport will be hoping to remain on the Olympic programme for the 2024 Games, taking place in Paris.

The French capital will also host the opening Karate 1-Premier League event of the new season, between January 26 and 28.

Flessel, a fencer who won two golds among her five Olympic medals, has now been invited to attend the competition.

"It was an honour to visit the French Sports Ministry and be given the opportunity to discuss the future of karate with Ms. Flessel," said Espinós, who is also the European Karate Federation President.

"It was great to speak with someone such as Ms Flessel who as the head of the French Sports Ministry and as France's most decorated female Olympian, shares our passion for the sport.

"The conversation we had was really encouraging and I am thrilled about the future of the sport in France.

"It is clear to me that the prospects of karate in France and around the world are very bright."