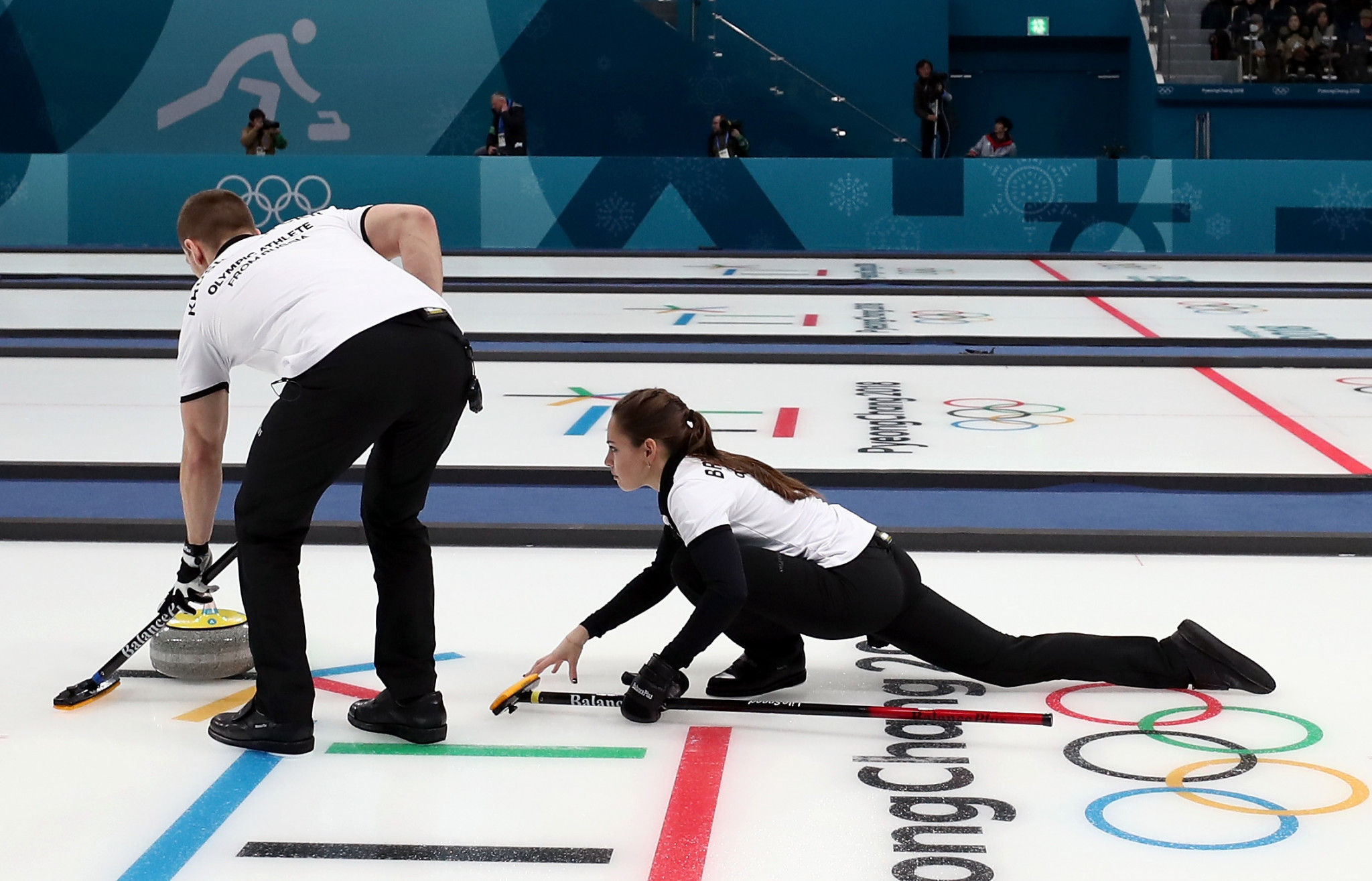 Anastasia Bryzgalova and Aleksandr Krushelnitckii became the first members of the Olympic Athletes from Russia (OAR) team to compete at the Winter Olympic Games here as they were beaten in their opening mixed doubles curling clash by Becca and Matt Hamilton of the United States.

Dressed in plain white and black uniforms, accompanied with the approved OAR logo, Bryzgalova and Krushelnitckii were thrashed 9-3 by the brother-and-sister duo as mixed doubles made its debut on the Winter Olympic programme.

The Russian pairing, the first of the OAR team to make their entrance at Pyeongchang 2018, were cleared to compete by an International Olympic Committee (IOC) invitation review panel.

The IOC forced Russia to participate at these Games as neutrals as punishment for the "systematic manipulation" of the anti-doping system at the 2014 Winter Olympics in Sochi.

The exact number of OAR athletes who will be present here is still unknown as 47 competitors excluded by the IOC are hoping to be given the green light to compete after appealing to the Court of Arbitration for Sport.

So far, a total of 168 athletes have been cleared to represent OAR.

Bryzgalova and Krushelnitckii, wearing kit without the Russian flag, emblem or coat of arms as part of the IOC's OAR criteria, trailed their American opponents 3-0 after the first end.

The OAR pairing fought back in the second as they reduced the deficit to one before the US duo regained control with single scores in ends three and four.

Becca and Matt Hamilton then added two more in the fifth to lead 7-2 which moved them to the brink of victory.

They sealed the win with two in the seventh end to get their campaign off to the best possible start.

Elsewhere, Switzerland beat China 7-5 in an extra end and hosts South Korea eased to a 9-4 triumph over Finland.

Canada and Norway were involved in a cracker of a contest before the Norwegians emerged with a 9-6 win.

As well as the first appearance of OAR competitors, this morning's session marked the historic debut at the Olympics for mixed curling.

The fast-paced format features one woman and one man, who are both allowed to sweep and are allowed to rotate positions in between ends.

Both teams play five stones each and start every end with another one stone that has been pre-placed.

Matches consist of eight ends, with extra ends used as a tie-breaker.